Always in the news for political controversies, Iran is surprisingly emerging as a “cryptocurrency-friendly” nation. As reported earlier, Iranis use the bitcoin (BTC) route to remit money abroad, with the government taking steps to capitalize on the trend.

In an official statement given by the Central Bank of Iran on May 17, 2018, the country is in advanced talks with authorities to develop means to catalyze the use of cryptocurrencies for daily transactions.

Furthermore, the Parliamentary Commission for Economic Affairs of Iran views the use of cryptocurrency as a viable substitute for the U.S. dollar and SWIFT’s interbank payment system. 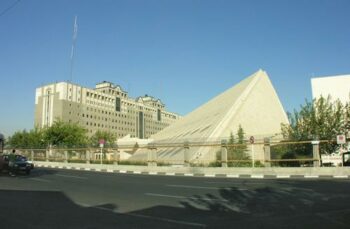 The development comes in the wake of cryptocurrencies been explored by the Irani government since 2016, and exploring the benefits of using a wholly-digitized currency ecosystem.

During a meeting with the head of the Federation Council Committee on Economic Policy Dmitry Mezentsev, Mohammad Reza Purebrahimi, an official of Central Bank of Iran (CBI), said:

“This is one of the good ways to bypass the use of the dollar, as well as the replacement of the SWIFT system. We obliged the Central Bank in Iran to start developing proposals on the use of crypto-currency.”

“We will be the first countries that use cryptocurrencies in the exchange of goods.”

On July 5, 2018, Tehran will host a meeting on an interbank working group on financial and institutional cooperation. Mezentsev said that Russia expect a lot out of this scheduled conference.

As mentioned earlier, citizens of Iran are increasingly turning to cryptocurrencies with the intent they developed – as a means of borderless payments as opposed to a speculative vehicle.

Reported by BTCManager on May 11, 2018, Iranians purchased $2.5 billion worth of cryptocurrencies in the past for remittances, spurring the government to float the idea of a native, oil-backed digital currency.

Furthermore, Iranis can also consider the pioneer cryptocurrency as a relatively safe store-of-value, as the Rial continues to weaken against the U.S. dollar drastically. Echoing these thoughts is Weiss Cryptocurrency Ratings Analyst Juan M. Villaverde:

“Millions of Iranians are panicking. They fear not only renewed sanctions but also economic collapse and financial repression. Many more are scrambling to find a safe refuge for the little money they have left.”