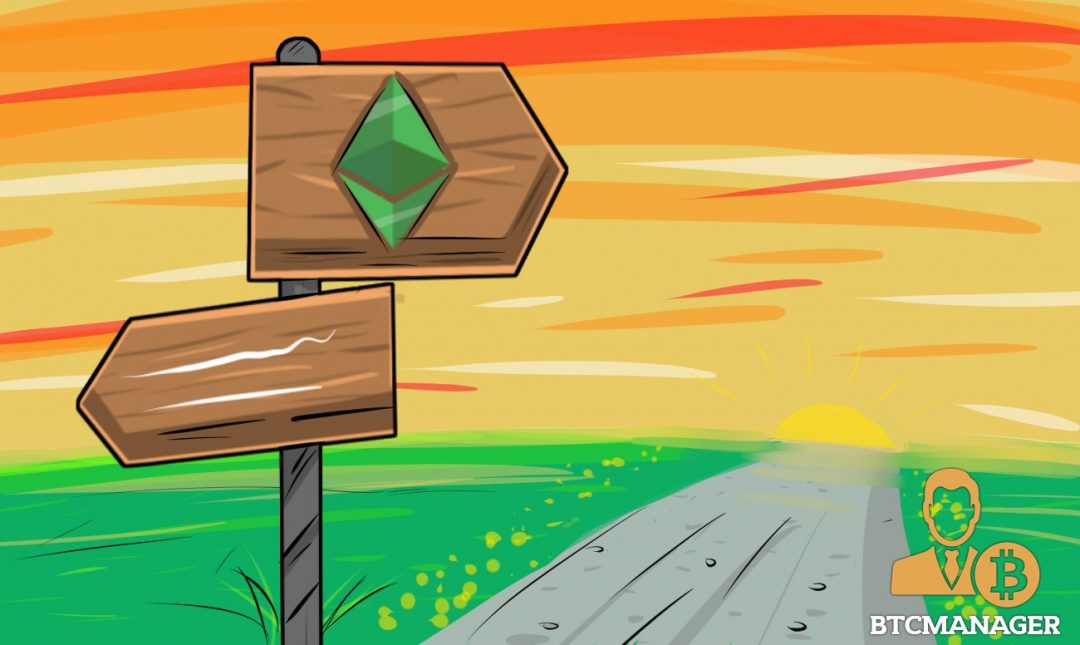 Ethereum classic has emerged as one of the most popular altcoins since its big brother ether executed a hard fork on the blockchain after the DAO hack in July 2016. During a little under a year of its existence, ethereum classic, which carries the ticker ETC, has managed to rally from under $1 to over $20 and has positioned itself within the top five largest cryptocurrencies in the market.

You cannot talk about Ethereum Classic without talking about Ethereum first. Ethereum is a public open-source blockchain network that allows for the creation of smart contracts and decentralized apps (DApps). It was first proposed in 2013 by its founder Vitalik Buterin and went live in July 2015 after a successful ether token sale in July/August 2014.

In April 2016, the Decentralized Autonomous Organization (DAO) was launched to act as a decentralized venture capital fund for cryptocurrency projects. It was built as a complex smart contract on the Ethereum blockchain and was meant to allow investors to vote on proposed projects that would then receive funding through the DAO.

During its 28-day crowdfunding campaign, the DAO managed to raise $168 million dollars worth of ether and became the most successful cryptocurrency crowdsale to this day. However, there was a vulnerability in the DAO smart contract, which allowed a hacker to steal a substantial amount of the DAO’s ether holdings on June 18, 2016. The hacker was able to steal around 3.6 million ether, which amounted to around $50 million dollars at that time.

To regain the stolen ether, the Ethereum community voted on a proposal to hard fork the Ethereum blockchain to create a smart contract that allows all ether tokens to be withdrawn by their rightful holders. This proposed hard fork caused a lot of controversy in the Ethereum community with the opponents of the fork arguing that “code is law” and that blockchains should stay immutable. The vote on the hard fork to return the stolen ether resulted with the majority of voters being in favor of the fork. The remaining faction, however, continued to mine the original pre-fork Ethereum blockchain and that is how the digital currency ethereum classic with the ticker ETC and its blockchain was born.

What is Ethereum Classic?

Ethereum classic (ETC) is the cryptocurrency of the original Ethereum blockchain. That means that the Ethereum Classic blockchain has all the same capabilities as Ethereum has, including smart contract functionality and the ability to develop DApps.

Following the Ethereum hard fork, ethereum classic mining pools were created, ethereum classic tokens started to trade on several exchanges, and a small but vocal community started to form that “believe[s] in the original vision of Ethereum as a world computer you cannot shut down, running irreversible smart contracts.”

While the basic functionalities of the Ethereum Classic blockchain are the same as those of Ethereum, several changes have been made to it in the past twelve months. Network upgrades included resolving issues surrounding the initially implemented “difficulty bomb” as well as replay attacks and introducing a new monetary policy.

The Price Development of Ethereum Classic

The price of ethereum classic (ETC) at first faced a lot of supply side pressure as all ether holders also received ethereum classic tokens “for free” after the hard fork. That resulted in opponents of ethereum classic happily dumping their coins to keep the price of ETC low so that it does not become a competition to Ethereum’s ether. This can be witnessed by ETC’s struggle to move past the $2 mark in its first eight months of its existence.

However, when the altcoin market started to rally aggressively in the first quarter of 2017, ethereum classic was no exception. From March 1 to May 24, 2017, ethereum classic rose from $1.40 to surpass the $21.00 mark according to CoinMarketCap and, thereby, generated an impressive 1,400 percent return in less than three months for its holders.

Should You Hold Ethereum Classic in Your Cryptocurrency Portfolio?

Given that Ethereum Classic has the much smaller community than its older brother Ethereum and given that the Ethereum blockchain is being used in a wide range of both commercial and non-commercial, why should you invest in ethereum classic? Wouldn’t Ethereum’s ether be the logical choice, if you want to bet on smart contracts and DApps playing a big role in the future of business and society?

While it will most likely turn out to be a wise investment choice to own Ethereum’s ether, there are several reasons to consider also holding ethereum classic tokens into your cryptocurrency portfolio.

Risks of Investing in Ethereum Classic

According to the Grayscale Ethereum Classic Investment Thesis, there are two large holders of ETC that could push the price of the digital currency lower by dumping their tokens on the market. The Ethereum Foundation still holds 10 percent of the ETC they received after the hard fork of the Ethereum blockchain, and the DAO hacker still holds around 3.36 million ethereum classic, which amounts to around 3.65 percent of total circulation. Should either of the parties mentioned above sell their holdings, this would put substantial downward pressure on ethereum classic tokens.

Another risk to the value of ETC is that the Ethereum Classic blockchain will never end up being used to develop any meaningful applications nor be used to create any smart contract solutions for commercial industries.

The long-term investment case for or against ethereum classic focuses on two key areas: how much institutional money will flow into the Ethereum Classic Investment Trust and will the developers built industry-relevant applications and smart contract solutions on top of the Ethereum Classic blockchain?

If the answer to both these questions will turn out to be yes, then ethereum classic will most likely perform well in the long run. If the majority of developers, however, will choose to built solution on Ethereum instead of Ethereum Classic then it will be hard for the digital currency to merit a high value. Unless, of course, institutional investor money keeps increasing the value of the digital currency by pouring funds into the ETC Investment Trust.