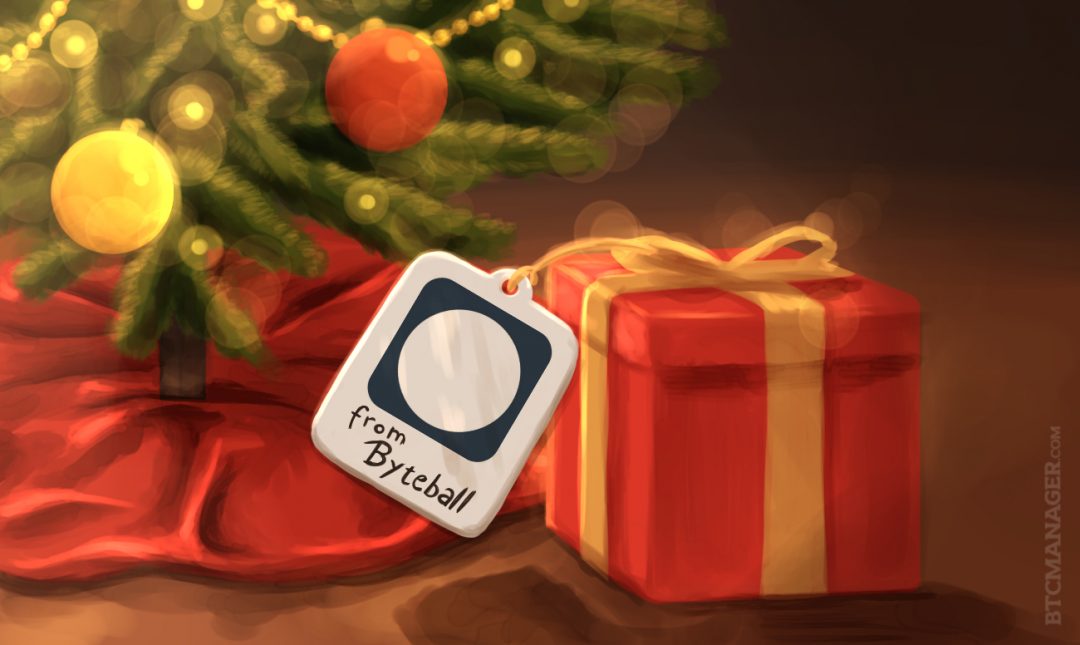 Bitcoiners will receive a gift in the form a new cryptocurrency on Christmas Day, proportional to their holdings. The name of this cryptocurrency; ByteBall, which utilizes a DAG, or a Directed Acyclic Graph, instead of a blockchain, to circumvent the block size issue, issues with throughput or any future scalability problems that Bitcoin is facing.

As Lewenberg and others state in a recent research paper on DAG:

“The DAG structure is created by allowing blocks to reference multiple predecessors, and allows for more “forgiving” transaction acceptance rules that incorporate transactions even from seemingly conflicting blocks. Thus, larger blocks that take longer to propagate can be tolerated by the system, and transaction volumes can be increased.”

As the Byteball white paper states, “Once a unit is broadcast into the network, and other users start building their units on top of it (referencing it as parent,) the number of secondary revisions required to edit this unit hence grows like a snowball. That is why we call this design Byteball (our snowflakes are bytes of data).”

The currency of the network is referred to as a Byte, similar to how the Pound Sterling was equal to one pound of silver; the name of the currency is its value. And not only is a Byte used to send payments for goods and services to other users, but it is also a required expenditure for users that wish to store information on the network.

Assets can also be issued, to represent debt or as a means of payment as well. These assets can be public or private, allowing for anonymity when exchanging value. If an asset is selected as private, only hashes of a transaction between a payer and payee are stored in the database, while plaintext is sent directly from the two parties.

Firms and companies can also issue assets that are compatible with KYC/AML requirements using the Byteball platform; this not only makes it a more enticing currency for businesses looking to leverage cryptocurrency but banks as well.

While the network is currently in testnet, a launch date is slated for December 25. The entire money supply of 10^15 Bytes will be mined in the Genesis transaction, with 98 percent of the coins being distributed freely to users that hold bitcoin. This is a tried and tested method used by other cryptocurrencies looking to bootstrap adoption, such as Stellar, which also distributed some of its cryptocurrency to bitcoin holders.

By talking to a bot and either making a micropayment to link your Bitcoin address to a Byteball address or signing and verifying a message if your wallet supports it, you will receive an amount of Byteball proportional to your bitcoin holdings as of Christmas Day.

In this way, existing crypto users will quickly be introduced to a new network, rapidly increasing the number of people exposed to Byteball, with hopes of retaining users for a new ecosystem. Perhaps the biggest innovation of DAG is encouraging cooperation over competition, where the block size debate has splintered the Bitcoin community. However, DAG has not yet been proven on a large scale, but it helps that Bitcoin holders will have exposure to this new technology.