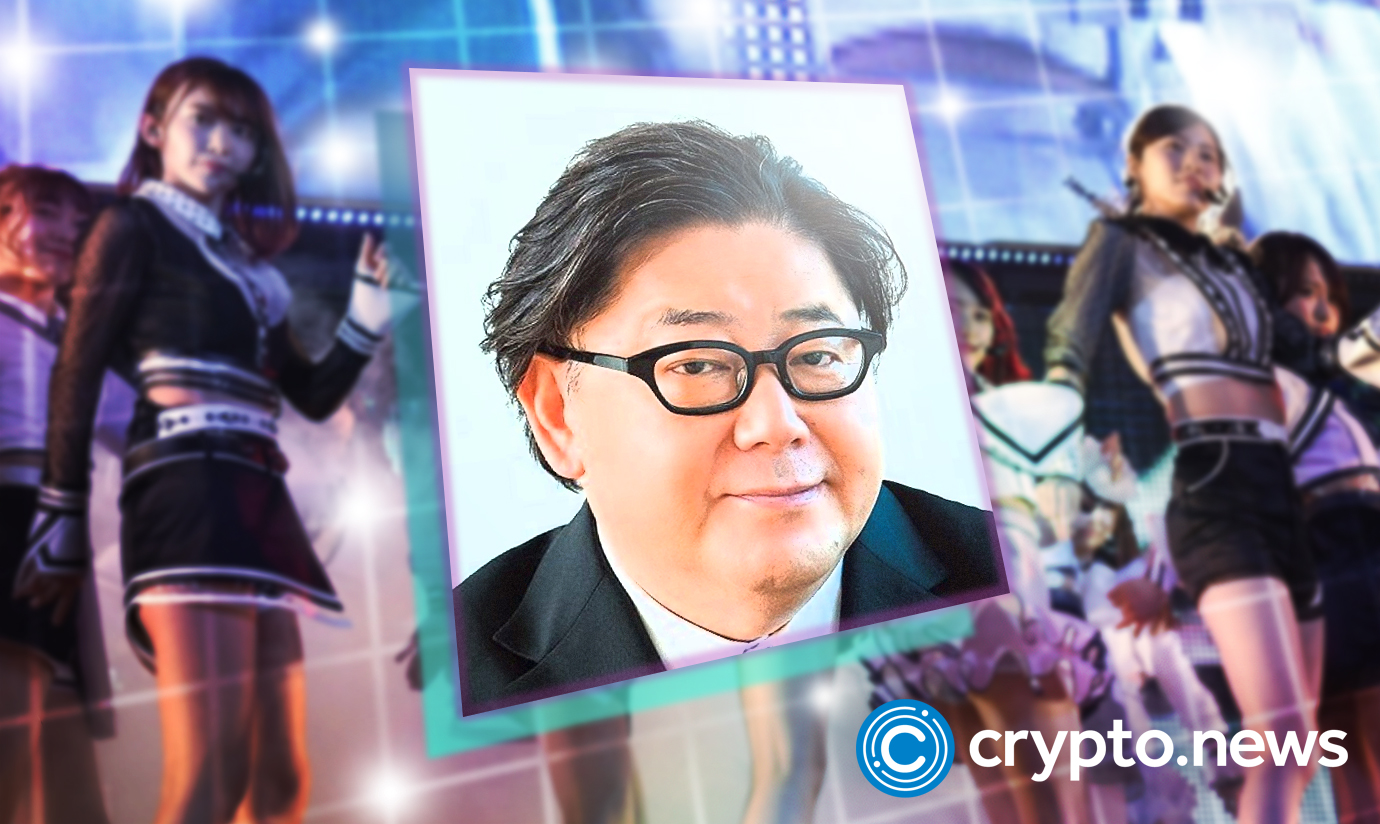 Yasushi Akimoto, a Japanese music producer who has a history of successfully promoting girl groups such as AKB48 and Nogizaka46, is collaborating with a local crypto company called Overs Co. Ltd. to work on a J-pop metaverse project.

While details about the new J-pop band have yet to be disclosed, Overs has announced that the metaverse would be funded through an initial exchange offering (IEO), in which a company sells new cryptocurrencies on an established exchange to raise capital.

Overs will launch the IEO early next year, with the metaverse idol group set to debut in the winter of 2023.

In an earlier press release prior to Akimoto’s joining, Overs said that the metaverse band would conduct conventional idol group activities, such as recording music and holding concerts, while engaging with fans via blockchain technology and non-fungible tokens (NFTs).

In his 40-year musical career, Japan’s leading producer and lyricist Akimoto has sold over 100 million copies worldwide, with his biggest hits being a succession of girl bands recognized for their peppy idea and having 40+ members.

The nation with an abundance of intellectual property (IP) is not unfamiliar with simulated musical acts. Hatsune Miku, a holographic artist made by a vocal synthesizer, is still one of Japan’s most influential performers.

In the meantime, the South Korean music industry is already deeply invested in the metaverse. Aespa, a self-proclaimed “metaverse K-pop girl group” comprised of four human members and four CGI equivalents, saw their most recent album become the best-selling female group record in the history of Korean music.

Other sectors in Japan look keen to incorporate metaverse and virtual technology into their products. The head of gaming giant Nintendo stated earlier this year that the metaverse is “of interest,” while Japan’s major mobile carrier NTT Docomo has revealed plans to offer metaverse-based services in the near future.

The concept of virtual concerts has always existed in the metaverse, but things are perplexing since no one has pointed out how fans will engage with the cast in the Metaverse. The approach of the Overs, on the other hand, is more upfront. According to their timeline, they have already established the groundwork for this new Japanese idol group project and are working hard to make it a reality. Whether it comes to fruition according to the vision of the creators is something we must wait and see.