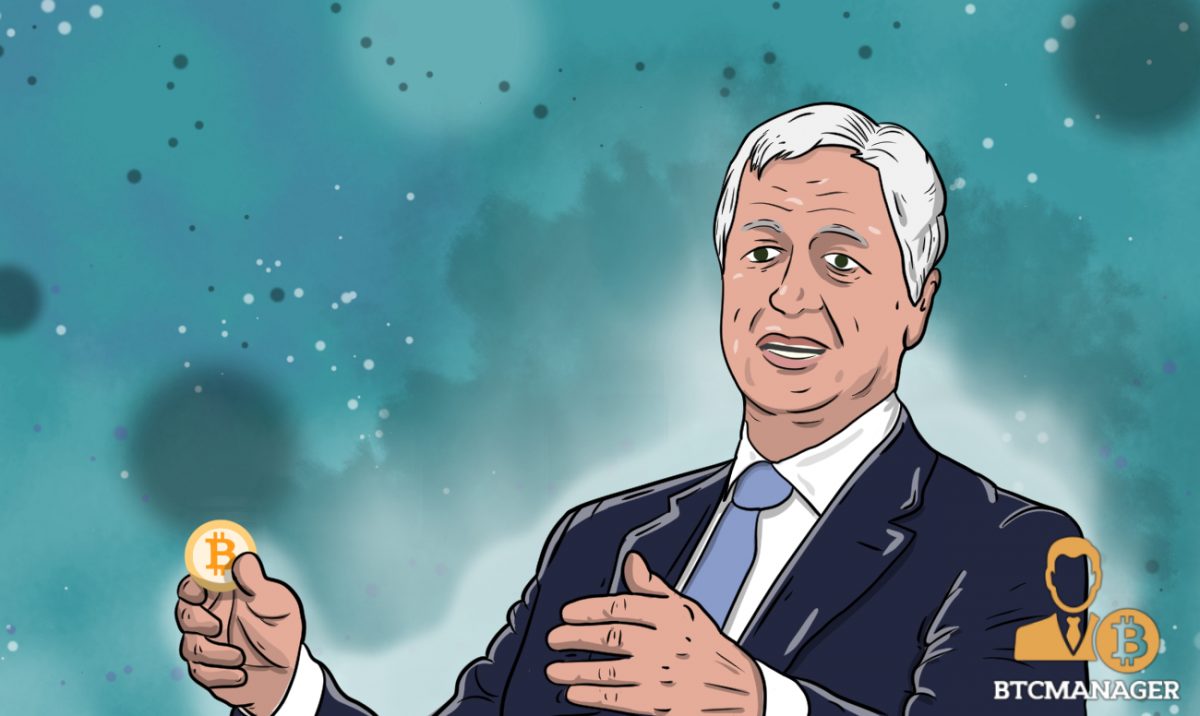 In life, what goes around comes around; it is only a matter of time. The laws of nature have started hitting Jamie Dimon and his JPMorgan Chase & Co. bank hard as the firm has been dragged to court for allegedly charging customers exorbitant fees on bitcoin and cryptocurrency-related transactions.

On February 3, 2018, customers of JPMorgan chase along with some other banks were informed about the ban on cryptocurrency purchases with credit cards. However, they could still buy bitcoin and other cryptocurrencies via cash advances and other payment channels.

Under normal circumstances, customers are charged higher fees when they purchase bitcoin using Cash advances compared to when they transact utilizing credit cards.

Meanwhile, Brady Tucker a ‘bitcoiner’ who regularly purchases bitcoin with his credit card at Chase claims he was slapped with hefty charges of over 30 percent a year on his purchases from January 27 to February 2, 2018, without any prior notice from JPMorgan Chase. The case is Brady Tucker v. Chase Bank USA NA, 18-cv-3155, U.S. District Court, Southern District of New York (Manhattan.)

According to reports, Tucker filed a lawsuit on April 10, 20,18 claiming he was charged $143.30 in fees and $20.61 in “surprise interest charges” by the bank for five virtual currency transactions he made before Chase banned crypto purchases with credit cards.

When Tucker noticed there were substantial discrepancies in the Chase charges, he put a call through to their customer service department notifying them about unacceptable ‘error,’ but the bank blatantly refused to remove the extra fees, even when they had failed to inform the customer beforehand, concerning any policy changes whatsoever. An excerpt from the lawsuit reads:

“Chase stuck the plaintiff with the bill, after the fact of his transaction, and insisted that he pay it.”

Now, the JPMorgan Chase has been accused of violating the U.S Truth in Lending Act, which states that credit card issuers must inform their clients in writing before they affect a change in charges or terms.

The U.S Department of the Treasury frowns against such practices and has clearly written guidelines concerning this matter, through the Office of the Comptroller of the Currency.

“The OCC has issued guidance to national banks on credit card practices that are unacceptable because they may constitute unfair or deceptive acts or practices. The OCC has taken a number of formal enforcement actions against national banks that have engaged in abusive practices and has required the payment of millions of dollars in restitution to customers harmed by such practices.”

As stated in the lawsuit, the plaintiff seeks to be paid actual damages and statutory damages of $1 million.

In 2017, the CEO of JPMorgan Chase made irrational comments about bitcoin, calling it a “fraud” and threatened to sack any of his workers who are “stupid” enough to trade bitcoin. Although Dimon later said he regretted those words, but the damage had already been done.

Tucker did not forget to cite Dimon’s harsh comments about bitcoin in the case.

Tucker may not have been the only person who received abnormal charges on his credit card purchases without prior formal notice, but he has decided to fight for his rights by filing a lawsuit. The cryptocurrency revolution is on, and power must go back to the people. Even though a $1 million fee may seem like a pinch of salt to the mighty bank, it would be very satisfying to the author if the onetime number one bitcoin critic’s firm is made to pay for their fraudulent act.