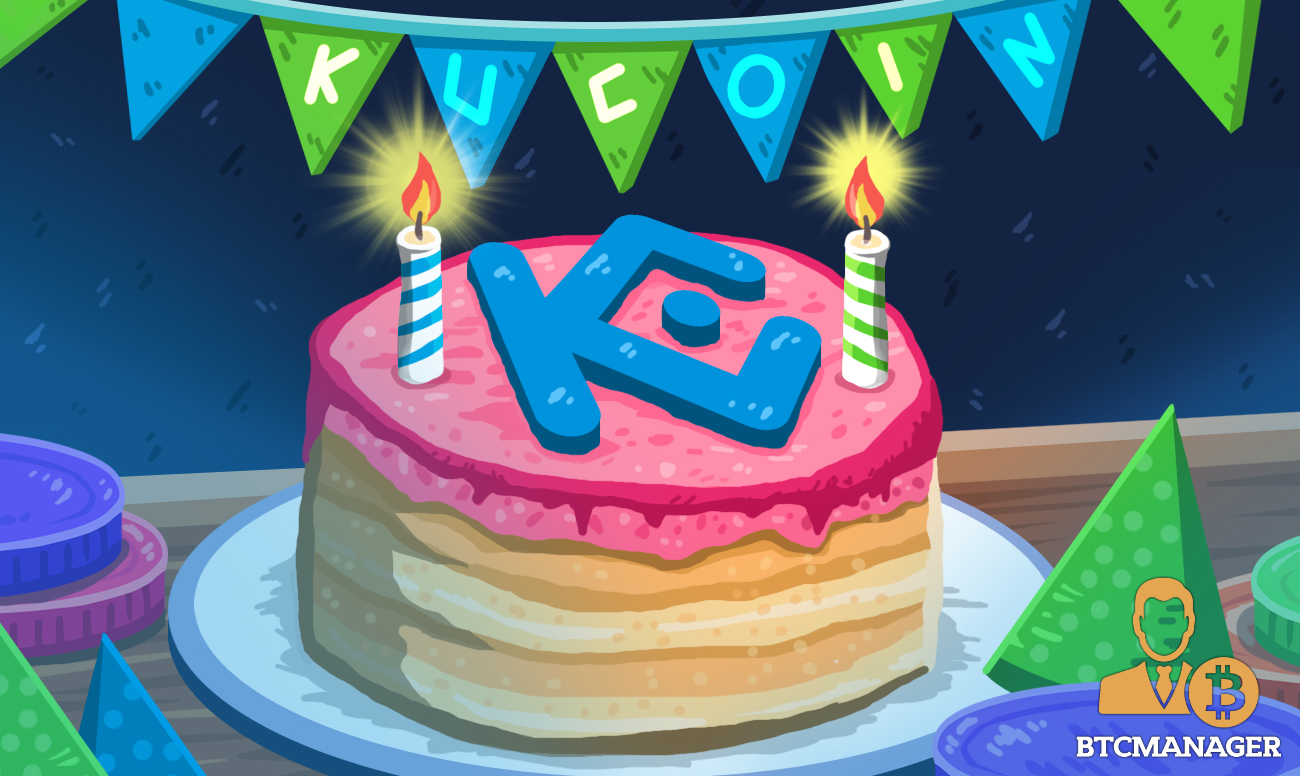 As part of its two-year anniversary celebrations, KuCoin, an IDG-backed cryptocurrency exchange has announced a 450,000 USD giveaway to incentivize users of its platform to trade more cryptos. KuCoin is also collaborating with leading blockchain projects, including TRON and Terra, to run more promotional campaigns, according to a TechBullion report on September 17, 2019.

A Slice of Crypto Cake

Per an official post from the now two-year-old exchange, KuCoin has announced a massive giveaway in commemoration of its second anniversary. KuCoin was launched on September 15, 2017, by former employees of Ant Financial, GF Securities, Jianbang Communication and iBOX PAY.

According to the team, a $450,000 USD pot of KuCoin’s native KCS tokens will be distributed to winners during the campaign which slated to run between Septemeber 16 to September 26, 2019.

KuCoin says its also working alongside KuMEX, its Bitcoin futures trading platform to giveaway up to 100,000 USD to 200 winners in each round, and this campaign will run between September 16 to September 21, 2019.

Likewise, Pool-X, a PoS Mining Pool powered by KuCoin, will provide a series of promotional campaigns.

Explaining the purpose of the huge giveaway, Michael Gan, KuCoin’s CEO, said the cryptocurrency exchange is always on the lookout for exciting and captivating ways to encourage traders on its platform and the current promotions will spur customers to trade more and earn exciting rewards.

“We hope to continue working with high-quality projects and offering exciting giveaways and competitions like this on the exchange into our third year,” Gan said.

In a bid to expand its global reach, the cryptocurrency exchange raised $20 million in funding in a Series A round led by Matrix Partners, IDG Capital, and NEO Global Capital in November 2018.

Earlier in August 2019, reports emerged that KuCoin had extended the lockup period of its native asset KCS held by founders and angel investors in August 2019, to promote the growth of the exchange.

The exchange has also inked some significant partnership deals in recent times. In January 2019, BTCManager informed that KuCoin has partnered with Arwen to offer secure non-custodial trading to its customers.