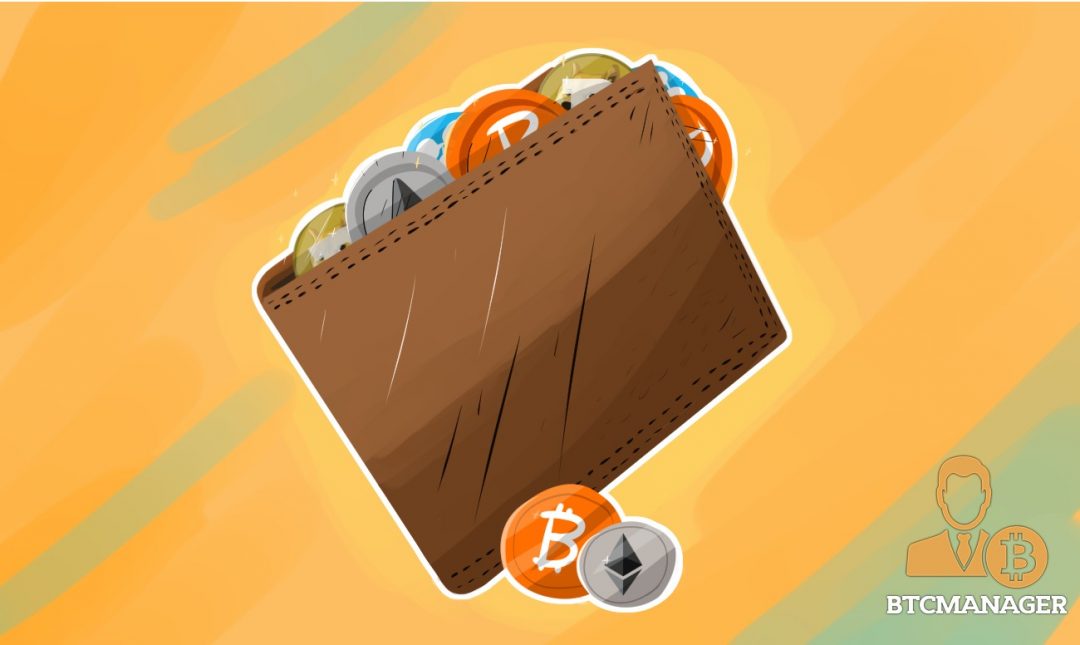 Bitcoin is a digital currency, so it is necessary to have a piece of software to manage your coins and facilitate transactions. The community refers to these programs as ‘Bitcoin wallets.’ There are numerous different wallets available, each of which operate in slightly different ways and subscribe to different philosophies and principles. Finding the right one for you can be overwhelming. This guide overviews some of the most distinguished wallets to help find the one that suits you best, weighing both usability and security, foregoing hardware and paper wallets.

Airbitz is a user-friendly, intuitive Bitcoin wallet available for Android and iOS devices. The app is extremely rich in features, offering not only basic wallet functionality like sending and receiving bitcoin, but also capabilities such as hierarchical deterministic wallets, where a parent key can generate and control a number of child keys. This has a number of use cases for power users, particularly in a business setting. 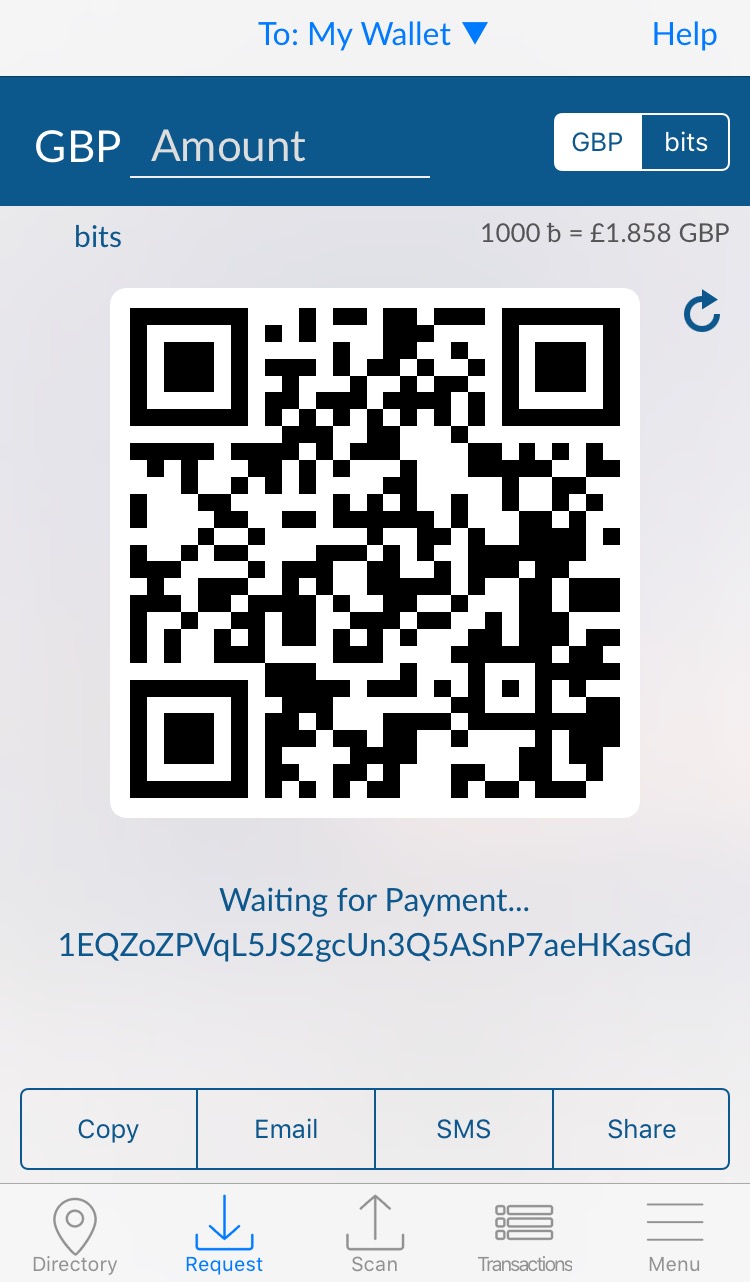 From within the app, it is possible to exchange bitcoin and fiat currencies. A directory of local businesses that accept bitcoin as payment can also be found within the app, allowing you to find shops, restaurants and cafés where you can spend your bitcoin. 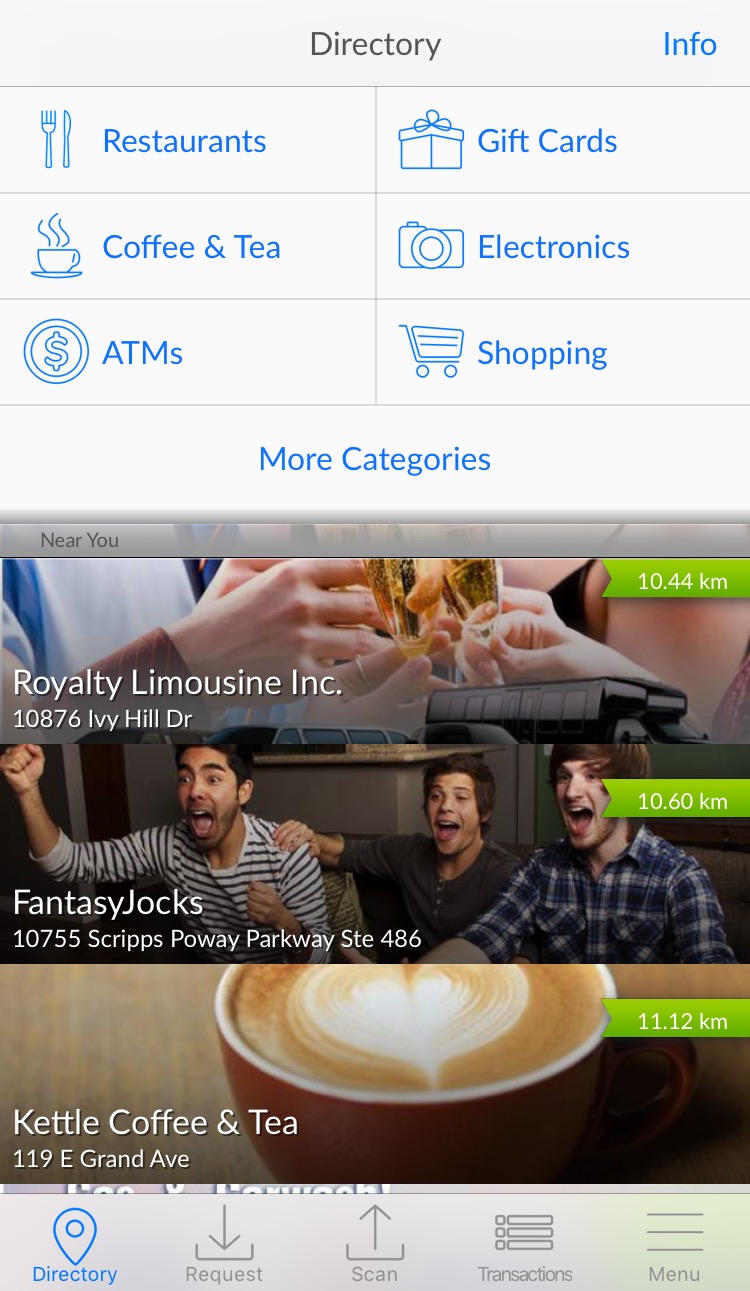 If you’re looking for a feature rich, well integrated wallet that’s well optimised for use in the real world, Airbitz is a good choice.

Coinomi is a mobile wallet available for Android, but an iOS app is planned alongside desktop implementations of the wallet. Coinomi describes itself as a free, secure, source-available, multi-asset and multi-coin wallet. It has native support for more than 60 altcoins/tokens, meaning that the wallet can manage a diverse portfolio of alternative cryptocurrencies and digital assets, not just bitcoin. The developers strive to continually integrate key altcoins and tokens as they win favor. 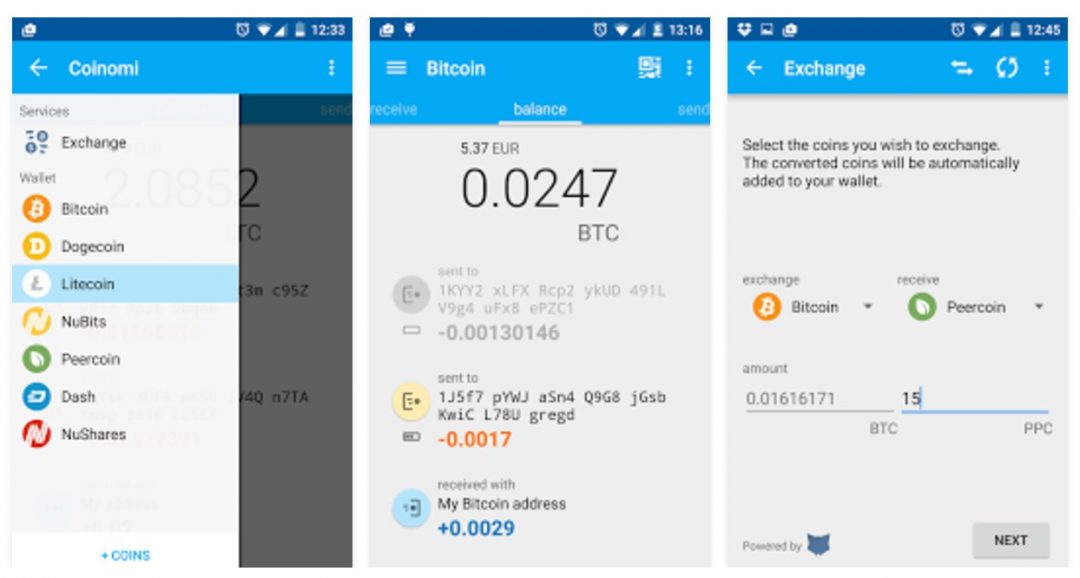 As well as supporting a vast range of currencies, Coinomi has inbuilt functionality allowing its users to convert between altcoins through their strategic partner ShapeShift.

Coinomi also prides itself on privacy and security. Private keys never leave the user’s device, and instead are kept secure locally through strong cryptography. The company claims that its servers do not make use of IP association and that all requests are anonymized appropriately.

The source code is available on GitHub under the Coinomi Software License Agreement.

If you’re a trader who manages multiple different currencies in their portfolio or a privacy conscious user, Coinomi is a great choice.

Copay describes itself as a ‘secure, shared Bitcoin wallet’. Like a joint checking account, a Copay wallet can support multiple users through a multisignature M of N scheme. In simple terms, usually when a transaction is broadcasted to the Bitcoin network it requires a single signature from the owner of the private key. However, Copay makes it possible to set up a multisignature wallet where funds are shared in a group account and can only be spent if a configurable proportion of owners sign a transaction. For example, if we set up a multisignature wallet for a child’s savings account, we can configure it such that confirmation from either (or both) of the parents is required for the child to spend funds.

Multisignature wallets have numerous use cases and Copay makes sharing a wallet exceptionally simple and secure. Of course, Copay also offers single-user wallets for personal finance and other useful features such as hierarchical deterministic backups, where you only need to back the wallet up once to have guaranteed access to all of your funds. 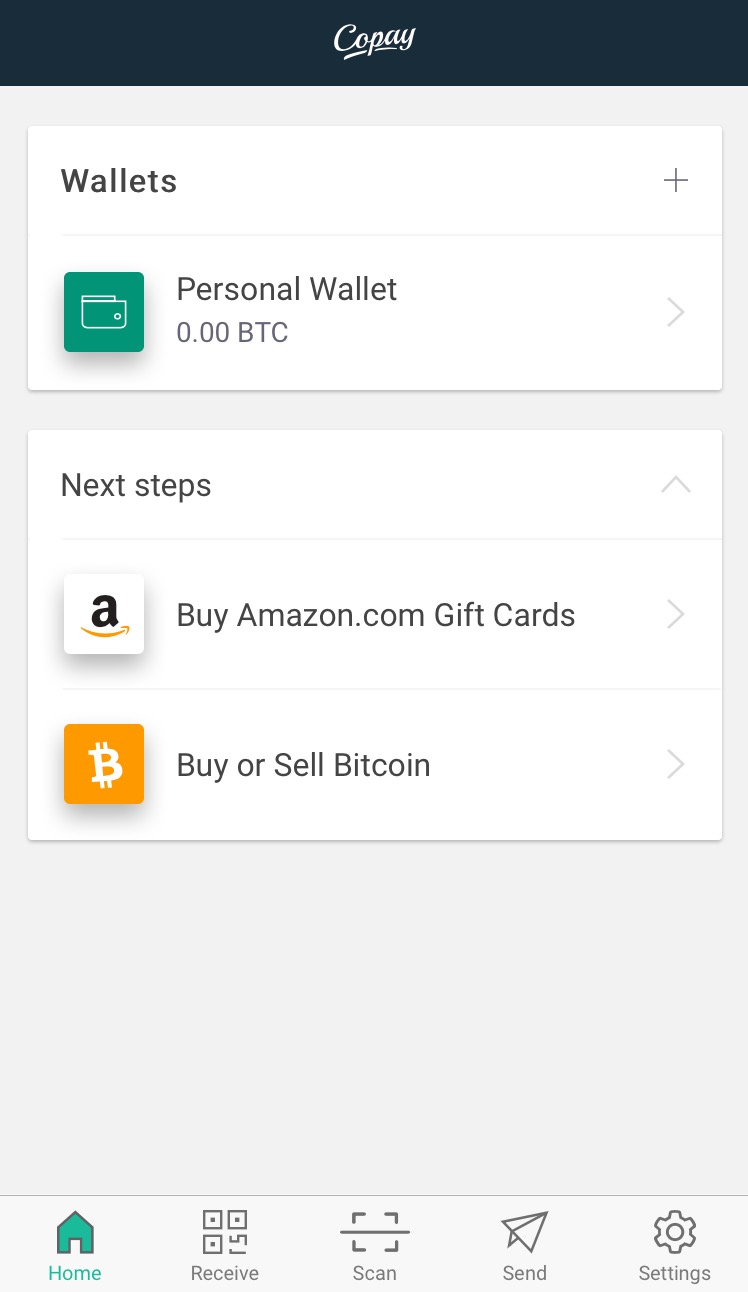 Copay is open source on both the client side and the server side and is published under the MIT license. It is available on many platforms, including iOS, Android, Windows Phone, and all modern desktop operating systems. Many people like Copay because it is a ‘pure bitcoin wallet’ rather than an account service, meaning it isn’t necessary to register with their services in order to use the wallet.

Copay currently only supports Bitcoin wallets and has shown no plans to support any altcoins. Copay is ideal if you would like to share a bitcoin wallet, or if you’re looking for a wallet which is streamlined and functional. 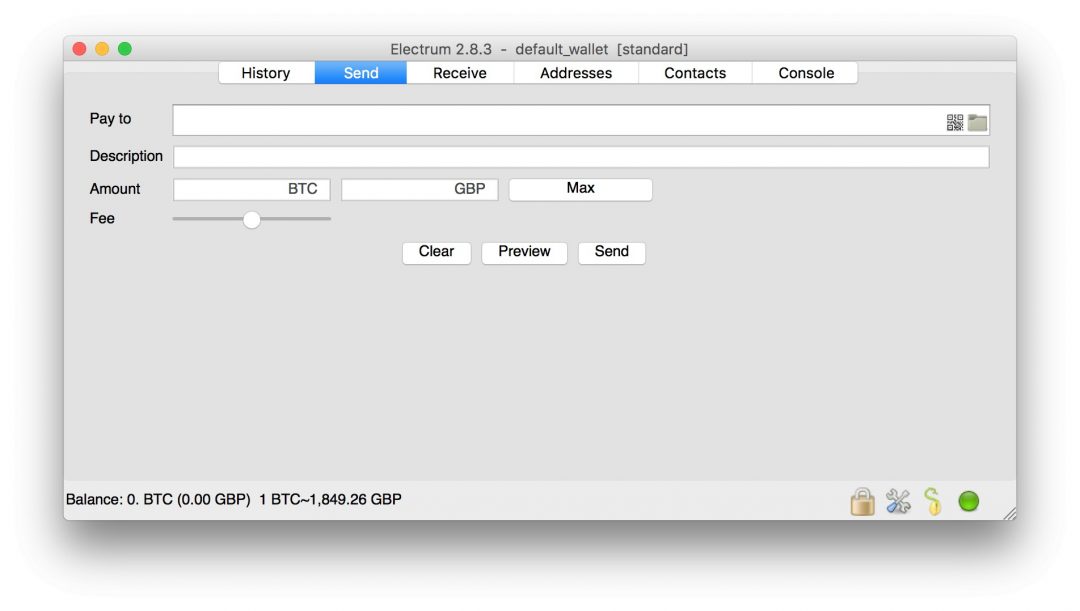 Electrum is one of the most venerable and actively used client-side Bitcoin wallets. Initiated by Thomas Voegtlin in November 2011, Electrum is free software under the MIT License and sees active development from contributors all over the world. Electrum qualifies as a Bitcoin thin client, meaning that it relies on distributed servers to manage the more complex parts of the Bitcoin protocol such as broadcasting transactions and indexing the blockchain. Under this configuration, your computer is responsible for the management of your private keys but downloading the entire blockchain to your device is not a requirement. This saves a tremendous amount of space.

Electrum is known for being a forgiving wallet; it allows deterministic wallet generation from a seed. When you create your wallet, Electrum will give you a 12 word mnemonic phrase which can be used to regenerate the wallet in the future. A seed of this length is secure; it has 138 bits of entropy, providing the same level of security as the private key itself. If you lose your private keys, you can easily re-acquire by entering seed.

Installing Electrum is quick and easy on all modern operating systems. However, it is slightly more difficult to use. Electrum focuses on functionality rather than user experience. It exposes some of the lower level aspects of the protocol, so for the non-technically-inclined user, Electrum might not be the best choice.

That said, if you’re looking for a simple, slim and functional Bitcoin wallet with a good security track record, Electrum is a great option.

Mycelium, the self-titled ‘Default Bitcoin Wallet’, offers a beautiful user interface with the intent of ‘making Bitcoin useful for everybody’. It is exclusively a mobile wallet, and is available for both Android and iOS. As well as offering basic wallet functionality, the app provides advanced features for power-users such as hierarchical deterministic wallets, watch only accounts and cold storage. Mycelium also allows the user to maintain multiple wallets at once, making identity management easy. 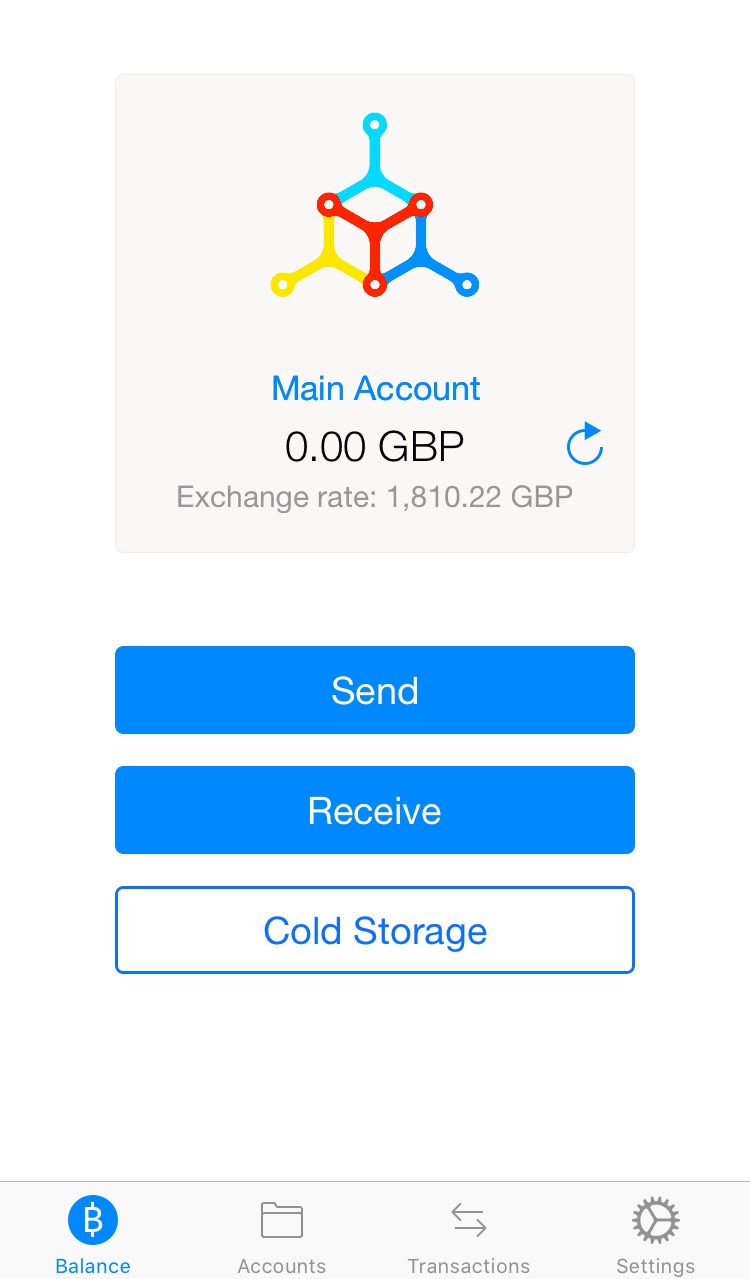 Mycelium is published under the Apache 2.0 and MS-RSL software licenses. The source code is available on GitHub. Since its inception, Mycelium has been one of the longest running and most widely used wallets in the cryptocurrency atmosphere. Many third party providers, such as exchanges and blockchain engineering companies, are partnering with the Mycelium project to integrate their services. An example of such a company is Coinapult, who provide a secure and easy way to use the Bitcoin platform. Most notably their service offers ‘locking’, where you can peg a desired amount of bitcoin to the US dollar, the euro or the British Pound so that the contents of your wallet are always worth a certain amount in fiat. This feature is integrated into Mycelium and is useful if you plan to use bitcoin as a currency rather than an investment. However, only use this feature if you plan on locking to a fiat value for a substantial amount of time, as the locking process can be quite slow and you may lose dollars in the process if you lock and unlock within a short timeframe, even if you were anticipating a gain.

As well as offering a multitude of third party services, Mycelium also facilitates local in-person trading, allowing for easy exchange of fiat for bitcoin and vice-versa. This feature is baked into the wallet and makes the trading process seamless and uncomplicated; it is as simple as choosing a trader and arranging an in-person meetup.

Each of the aforementioned wallets have their different strengths and weaknesses. If you’re new to the scene and you’re still not sure what you’re looking for, the list below is an effective summary: