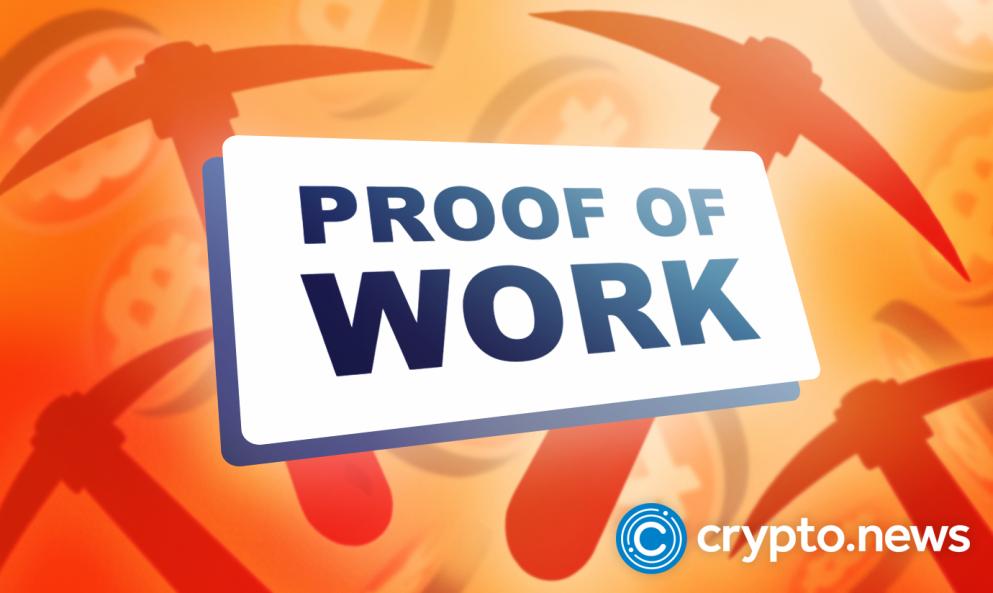 The world is all over Blockchain technology as one of the most secure technologies the financial technology industry has ever had. It all started with Bitcoin and other altcoins that leverage the same technology. But one thing that could quickly confuse you is trying to understand how transaction validation on a blockchain works.

Proof-of-work is a consensus protocol that enables blockchain networks that use the protocol to achieve consensus on the validity of transactions on a block. Satoshi Nakamoto introduced it in cryptocurrency when the pseudonymous Bitcoin creator proposed the solution in the Bitcoin Whitepaper.

Proof of work (PoW) is one of the fundamental concepts in understanding the transaction validation process and is what makes Bitcoin and other PoW networks possible.

Ideally, Satoshi, in the whitepaper, proposed a solution to the double-spending problem in the conventional transaction models using a peer-to-peer network. The blockchain network would timestamp transactions by hashing them, and validating them would require Proof-of-Work. The work here involves determining the unique hash, the digital fingerprint for a transaction. The long string of random characters is the proof.

How the Algorithm Works

Understanding consensus is necessary to understand how the Proof-of-Work protocol works. In the ordinary sense, consensus refers to an agreement among independent entities. For instance, in an independent democratic country, the citizens hold elections, and each candidate’s votes are counted. The parties then agree or reach a consensus on who will form the government, depending on the number of votes garnered.

Blockchain networks consist of a series of interconnected and independent computers, known as nodes, responsible for securing the network. Therefore, this network of computers uses the Proof-of-Work protocol to agree on a single value that one of the independent entities proposes.

Consensus mechanisms share the goal of securing the blockchain’s immutable ledger by adequately verifying and validating transactions and incentivizing participants. The participants are the network of miners, also known as nodes. They shoulder the burden of securing the network through Proof-of-Work, and only one node can validate a transaction, and then the result is shared with all the other nodes for consensus.

As a result, the miners race against each other to solve complex mathematical puzzles so that the winning node receives a reward from the newly mined cryptocurrency. The process requires specialized mining hardware with a high computing power known as the hash rate.

The mining equipment delivering a higher hash rate gives the miners higher chances of becoming validators of the next block. It is highly energy-intensive as the computers have high processing powers and consume substantial electricity. The energy-intensive nature of the Proof-of-Work protocol is one of its features that safeguard blockchain networks.

PoW consensus is designed to consume large amounts of power and make it expensive to discourage malicious miners. If a malicious node attempts to attack the network, the miner would have to invest in high-power mining equipment, consume large amounts of electricity, and have nothing to pay off. Honest nodes find it worthwhile to invest in the equipment and electricity since they receive a reward that covers the costs and some profit.

As the earliest consensus system in crypto, Proof-of-Work is still widely used by different blockchains. Reports suggest that 64% of the entire crypto market uses Proof-of-Work for network security and transaction validation. It is the consensus used by some of the popular coins in the space, including Bitcoin, Litecoin, Doge, Monero, and Bitcoin Cash.

When transactions occur on the Bitcoin Blockchain, for instance, they pass through security verification before they are grouped into a block for mining. A miner then uses the Bitcoin network’s Proof-of-Work algorithm, SHA-256, to generate the target hash for the block, usually a string of 64 characters. The miners are in a race to become the first to create the hash, which typically should be less than or equal to the target hash. The winning node gets to add the block of transactions to the blockchain and receives rewards, a portion of the newly minted BTC, and transaction fees.

The Bitcoins mining algorithm adds a new block of transactions every 10 minutes. The networks ensure this pace remains by adjusting the difficulty of cracking the hash depending on how quickly the nodes manage to add a block. Bitcoin’s fixed total supply is 21 million BTC. As of this writing, over 19 million Bitcoins are already mined, leaving less than 2 million coins for mining. Miners will continue minting the remaining coins, after which they will keep receiving rewards in transaction fees for maintaining the network’s security.

Why Is Proof of Work Important?

The primary role of the Proof-of-Work algorithm is to protect blockchain networks and prevent double-spending. It secures transactions on the network so that only valid blocks are added to the blockchain. It also incentivizes valid miners and disincentives malicious miners. Legitimate miners utilize their computing power to solve cryptographic puzzles to earn rewards, while attackers only lose their resources since they do not manage to breach the network.

Although there are several other consensus algorithms, the Proof-of-Work protocol is mighty and has served blockchain networks well. It is still the algorithm that secures the largest cryptocurrencies in the industry, Bitcoin, and Ethereum, although it’s not without its challenges.

One of the main Proof-of-Work concerns is its energy-intensive nature, with environmentalists criticizing its impacts on the environment. The Ethereum network is transitioning to alternative algorithms, while Bitcoin and mining activities have been banned in some jurisdictions.

Keeping the Proof-of-Work mechanism’s energy requirements at bay, it is the consensus protocol of choice for blockchains seeking to achieve a secure and decentralized network.

Proof-of-work is a technology that uses computational power to solve complex puzzles based on cryptography and is designed to be difficult for humans. These puzzles are then added to the blockchain record. The first miner who solves these puzzles receives the reward, the transaction fees from all other transactions included.

A Proof-of-Stake consensus system simply means that users stake their coins to earn rewards for participating in the network. The amount of staked collateral determines how much a participant receives per block.

Yes, mining bitcoin is difficult because of all the computing power needed to solve complex math equations to verify transactions. . The difficulty level is constantly adjusted based on the number of transactions going through the network. This adjustment causes the reward for miners to be halved once every four years.