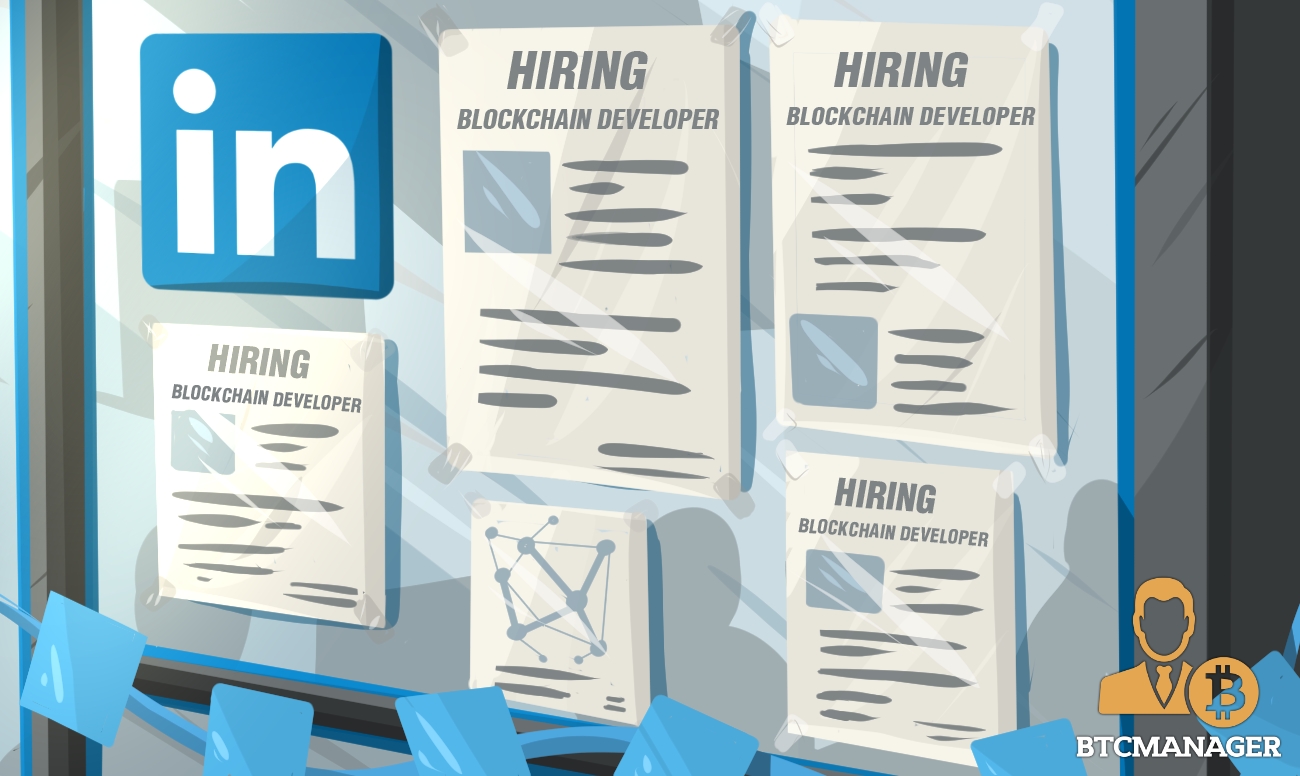 A blog post published by employment service LinkedIn on December 13, 2018, has revealed that blockchain development related jobs have skyrocketed in popularity throughout 2018. In its annual Emerging Jobs Report, LinkedIn noted that the number of jobs for “Blockchain Developer” in the United States grew 33x in the past year, more than any other position. The trend demonstrates continued enterprise confidence in distributed ledger technology, in spite of the cryptocurrency market’s dismal performance since January.

The Machine Learning Engineer position comes in second place, with a rather paltry twelve-fold growth in comparison. The field of artificial intelligence as a whole has grown tremendously, on the other hand, with six out of the fifteen largest emerging jobs connected to the industry in varying capacities.

The post explores this trend in greater detail. “It’s no surprise that we’re seeing an explosion of machine learning roles and continuing growth of data science roles,” the author explained. “We started to see glimmers of this in last year’s report. However, both fields are starting to see more specialized roles emerge. It also may not shock you that blockchain developers are topping the list following this year’s surge in interest around blockchain and cryptocurrency.”

According to LinkedIn, most job listings for blockchain developers require applicants to have some degree of expertise in cryptocurrency, the Node.js web framework, and Solidity, Ethereum’s smart contract language. The company further estimates that demand for skilled developers is highest in San Francisco, New York City and Atlanta. The three top companies hiring in the space include tech giant IBM, New-York based software company ConsenSys and blockchain consulting service Chainyard.

Meanwhile, salaries for blockchain developers are rising almost proportionately to the demand for skilled engineers in the industry. According to a survey conducted by management firm Janco Associates, the median salary for such a position sits somewhere in the neighborhood of $127,000. More experienced individuals could expect a premium of around $50,000 on top of that figure.

Recruitment company Hired, on the other hand, estimates that the skill gap is pushing up salaries even further. Speaking with CNBC, the San Francisco company said that most blockchain developers are earning between $150,000 and $175,000 on average’ globally. In contrast, typical software engineers earn around $135,000. The CEO of Hired, Mehul Patel, explained, “There’s a ton of demand for blockchain. Software engineers are in very short supply, but this is even more acute, and that’s why salaries are even higher.”

As for why the blockchain industry seems to be in a gold rush to secure the best minds, Patel reasoned that most companies are merely taking a long-term view. “If you’re going to build blockchain technology, you have to get that talent,” he concluded.