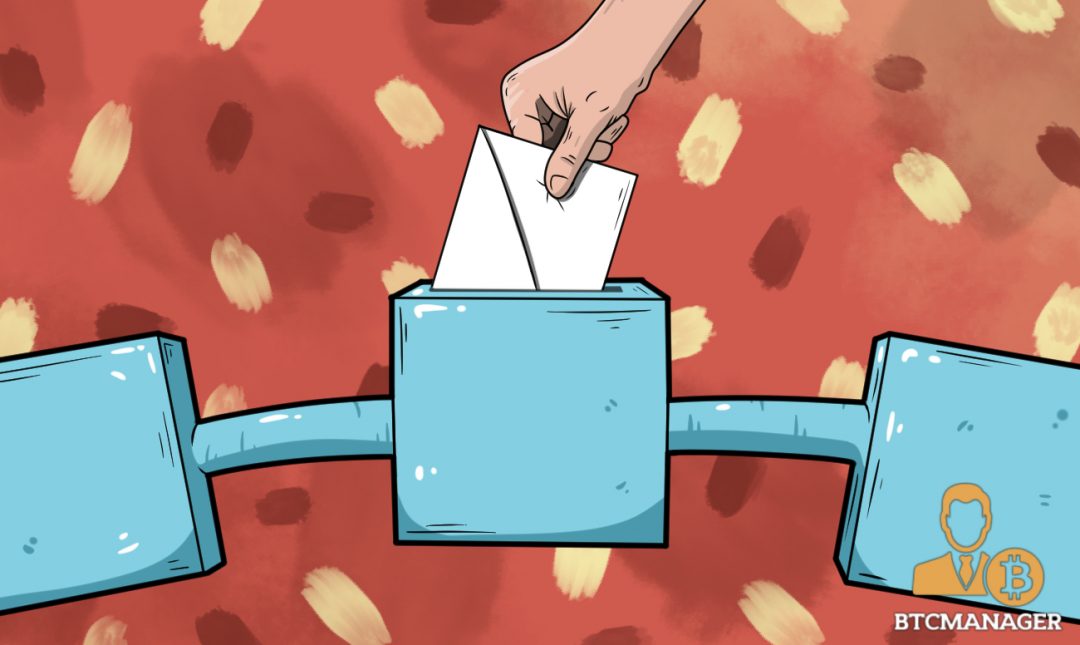 Developers behind Sovereign, an application that combines blockchain technology and Liquid Democracy, are hoping to inspire voters to re-enter the political sphere.

One of the greatest political disappointments of our generation has not been the election of Donald J. Trump. His arrival has certainly been unprecedented, some may say unwelcome, but his election has been the result of a much larger predicament in the American political system.

As society hurtles towards the future strapped to new technological advancements, there is no doubt that certain aspects of the democratic apparatus are coming under greater scrutiny. Proponents accept such interrogation, while more conservative thinkers point to an unhealthy pace of change. In any case, the current changes are leading to lesser voter turnout from recent generations as well as a general distaste for the political state of affairs.

While voter turnout for the millennial generation increased slightly during the 2016 elections, it still lags behind other demographics. In a Washington Post article, Philip Bump wrote:

“This is why campaigns that need younger voters in order to win often don’t. Younger voters — who move more often, work weirder hours and aren’t in the habit of voting — simply don’t vote as much.”

This is even before we get to concerns over untrustworthy candidates and the political machine that generates these individuals.

Naturally, a better quality candidate on both sides of the aisle and greater engagement from citizenry would greatly benefit the political sphere, but a company from California believes there is another solution.

“The best possible decision with the greatest amount of legitimacy…[is]…the nirvana of democracy.”

He is speaking specifically about the objectives of his company’s application called Sovereign.

Sovereign seeks to rethink the ways in which a citizen can vote on the myriad political objectives in his or her state. By distributing a certain number of votes over time, the application allows users to spend their votes like tokens on certain mandates. If for instance, a voter feels strongly about a particular subject, he or she can spend more of their votes during this particular voting event.

Much like our current democracy, there is no obligation to vote for items that have little interest to voters, but the application also promotes the transference of votes between users. Stemming from Liquid Democracy, the platform gives users the choice to vote directly on issues or to pass their vote along to a delegate. This delegate, however, can be a friend, colleague, or a politician. Surrounding this, users can also debate and discuss issues up for a vote as well as vote as part of an organization or country created by the application.

Through this model, Sovereign attempts to approach a 100 percent voter turnout in all issues eligible for voting.

According to an article on the subject by Futurism, many South American countries are very interested in pursuing a blockchain powered democracy. In fact, the trial run of Sovereign was conducted in Colombia, allowing users to vote on an unofficial deal between the country and a rebel group. With 100 votes given and voters can express intensity of their preferences, more insight was gained compared to a binary yes/no vote.

With voters allowed to express intensity for in a referendum vote, for instance the Brexit vote in the UK, democracy can be improved. A simple yes/no vote with one side gaining a win of near to 50 percent is not really a clear outright victory; vital economic and political decisions should not be made on such votes.

One political party in particular, Partido de la Red (the Net Party) in Argentina, is also interested in this technology as it could power their vision of an online democracy. The greatest benefit of Sovereign comes from the limited capacity for voter tampering because, “the blockchain is incorruptible…No one can modify or subvert how the votes are stored, and that’s vital for democracy,” reiterated Siri.

Critics are still concerned, however, about maintaining anonymity while using Sovereign for voting purposes, but Futurism also reported that, “some blockchain providers have found ways to ensure anonymity, which could help with that particular flaw.” ZCash, for instance, is one such provider that allows blockchain transactions to take place anonymously.

Once all the kinks are ironed out, and countries began adopting the technology, it is near certain to change the way think about elections and our power as voters.