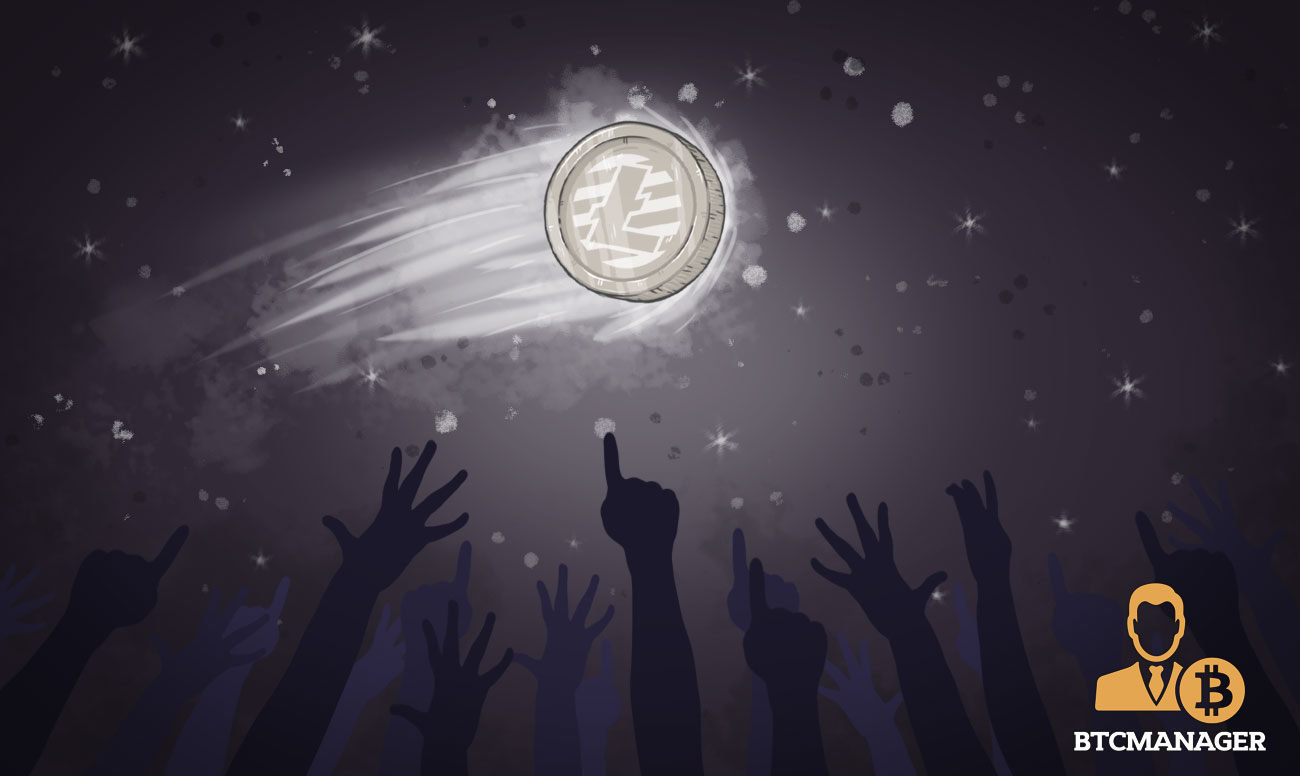 According to a tweet put out by the on-chain and social metrics analysis company, Santiment, Litecoin(LTC) is coming alive in the markets, going up by 5% against Bitcoin (BTC) in the last couple of days.

🐳⚡️ #Litecoin is showing some signs of life, up about +5% against $BTC in the past 2 days. Whale addresses holding 10k to 1m $LTC are in a 15-week accumulation pattern that is their longest since 2017. They have added 5% of $LTC's supply in just 15 weeks. https://t.co/76OWL8t3Al pic.twitter.com/nOspXIoPzw

The Santiment tweet highlighted that whale addresses holding between ten thousand and one million Litecoin were in a 15-week accumulation pattern, their longest since 2017. Together, these addresses have added about 5% of the Litecoin supply in just 15 weeks.

While Litecoin has recently been in the doldrums as far as market activity is concerned, the price forecast for the crypto going into 2022 and beyond has been mostly positive. Late last year, market observers predicted that Litecoin would reach at least $266 by the end of 2022 and even cross the $300 threshold by 2025. They noted that, historically, the price of Litecoin has tended not to correlate with the price of Bitcoin.

It is estimated that Litecoin could break into the top ten of the world’s most valuable digital assets by market capitalization in the next few years. According to analysts, Bitcoin has always been one of the first crypto assets to be incorporated into new lines like Venmo and PayPal, meaning that people will continue trading $LTC because of its utility, thus maintaining the crypto’s bullish trend in the foreseeable future.

Meanwhile, in other news, after a disheartening start to 2022, Bitcoin finally rose to its highest price point in the last seven days. At the time of writing, the world’s most valuable crypto was trading at $43,786 after dipping below the $40,000 mark a few days earlier. Although it has made some slight gains, the BTC price is still down by no less than 5% so far this year.

The Bitcoin and Litecoin price changes come hot on the heels of the U.S. Labor Department’s report showing that the Consumer Price Index (CPI), a key inflation indicator, rose to 7% in December last year, the highest it has been since Ronald Reagan was president of the United States.