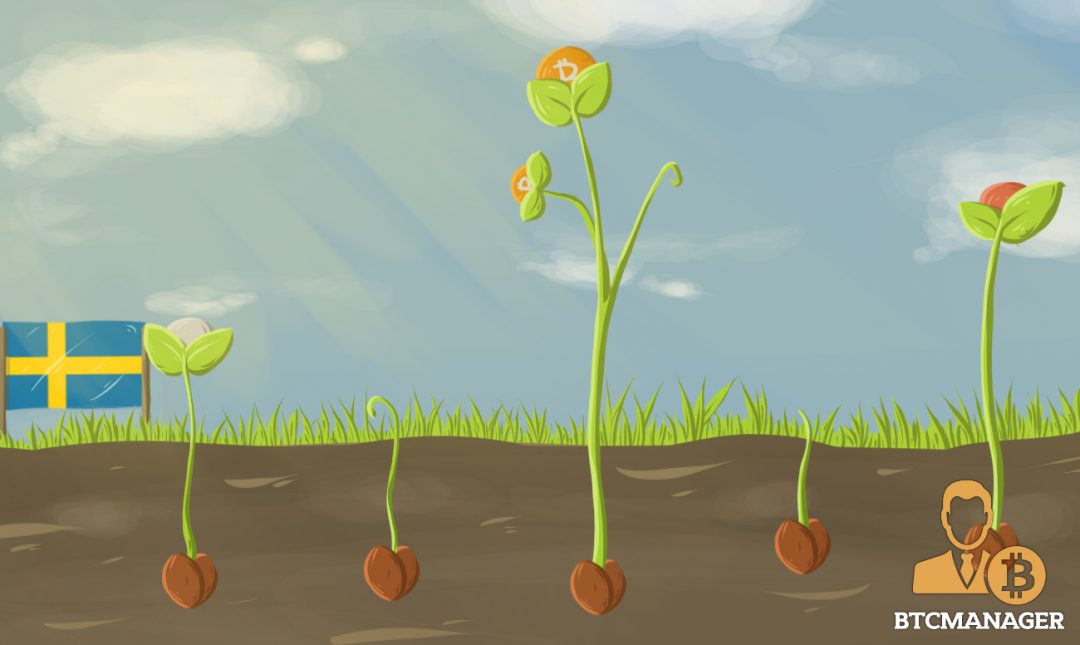 While most world governments are of two minds as to embracing virtual currencies – some even outright against it – Sweden seems to have vowed to position itself at the forefront of the ongoing cryptocurrency revolution.

The Nordic country is already a hotbed for cryptocurrency innovation. A slew of data centers has come up in northern Sweden in recent years to boost ongoing crypto coin mining efforts. The progress so far has been indeed impressive as the country now controls a hefty share of the Bitcoin mining market worldwide.

Not just that, but a big chunk of the population already has a high-level knowledge about cryptocurrencies – something not too many countries can boast as of today.

So what makes Sweden so accommodating to bitcoin and other FinTech products coming from fast-evolving blockchain technologies?

Well, for starters, Stockholm’s status as one of the fastest growing FinTech hub in Europe is a big advantage. The level of digital competency in the country’s FinTech sector is enviably high compared to most other nations, including many economic powerhouses around the world.

Another remarkable advantage comes in the form of the country’s ability to produce low-cost hydroelectric power in abundance. Combine that with a thriving domestic renewable energy sector, and the utility cost of mining crypto-coins becomes considerably less than most places on Earth.

“The Hydro66 data center has access to huge amounts of green electrical power at a great price. This makes it attractive for blockchain as it tends to require a lot of power.”

Just as Denmark, Estonia, and Japan are considering the launch of a homegrown cryptocurrency, Sweden is also thinking along the same lines. If things go as planned, we might soon see the Swedish government introducing its cryptocurrency. Or, at the least, it will officially back up Bitcoin to expedite the transformation to a “cashless kingdom.”

Sweden’s increasing investment in Bitcoin and other cryptocurrencies has a lot to do with the steep decline in the popularity of cash-based transactions. As of today, the majority of the population uses their debit and credit cards to pay for goods and services.

As a critical step toward, to further encourage cashless transactions, Sweden’s central bank is thinking of launching “e-krona” as a complement to cash.

Even though the government has yet to greenlight the proposed move, the outlook seems somewhat positive. Especially so considering the central bank has time and again reiterated the fact that electronic currency could drastically reduce the inherent vulnerabilities in a payment market run by the private sector.

For the uninitiated, cryptocoins such as the Bitcoin offer the same level of scale and anonymity as cash. They do not require the customers to have a bank account and yet can be operated online using a smartphone or a computer.

The simplicity and convenience offered by cryptocurrencies in carrying out domestic and international transactions is an attractive characteristic of this emerging sector. Alongside a growing disdain for cash in the population, Sweden has developed a taste for all things crypto and blockchain related.