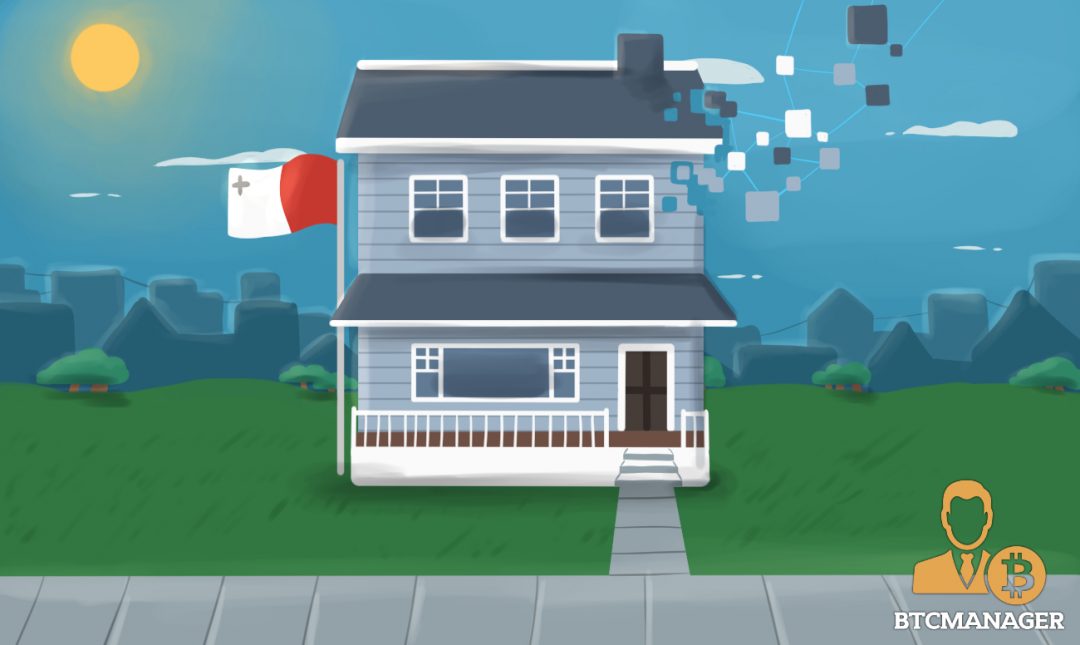 After 20 months of research and development, Malta is set to launch its first blockchain platform for property transfer management.

In 2015, technologist David Schranz and entrepreneur Anthony Mamo founded Ledger Projects, a blockchain development startup, to help both the private and public sectors in Malta to integrate blockchain technology-based applications.

“Blockchains are not merely a business opportunity, but a way to change how governments serve their citizens and private companies their clients. The main priorities should be regulation and incentives to attract the right capital and talent to stimulate growth in this sector,” said Schranz.

Schranz emphasized that Malta’s friendly, efficient, and practical regulatory frameworks for local blockchain startups and cryptocurrency businesses will allow the country to evolve as a major test-bed for blockchain development and emerging technologies. He added:

“Rolling out such technology as blockchain is easier in Malta since the country enjoys a strong financial system, talent, entrepreneurial spirit and a can-do approach that can turn our island into a base and a test-bed for new sectors and technologies.”

According to Schranz and local news publications including Times of Malta, the LP01 blockchain network of Ledger Projects is the first ready-to-use blockchain platform in the country. The company noted that its platform focuses on providing infrastructure for property and real-estate management by creating a more transparent, fair, and secure platform for realtors, consumers, and the government.

In many regions ofthe world, fraud in property and real estate management has become a serious issue for businesses and governments. Consequently, government agencies such as Cartório de Registro de Imóveis (Real Estate Registry Office) in Brazil have begun to utilize public blockchains to track, record, and transfer properties with immutable and transparent ledgers.

For instance, in April 2017, Ubitquity partnered with Cartório de Registro de Imóveis to secure and process property transfers for the Brazilian government with its blockchain platform developed on top of the Bitcoin protocol.

At the time, Ubitquity Founder & President, Nathan Wosnack, explained that the implementation of blockchain technology and employment of cryptographically-secured timekeeping prevents corruption of information and manipulation of data that could lead to legal conflicts and lawsuits.

“We are incredibly excited to announce our partnership with the land records bureau, a Cartório de Registro de Imóveis [Real Estate Registry Office] in Brazil. This partnership will help to demonstrate to government municipalities the power and benefits of using blockchain-powered recordkeeping,” Wosnack stated.

Already, an increasing number of realtors and property owners have started to use bitcoin as a payment method to process real estate deals that often cost millions of dollars. The process of sending and receiving multi-million dollar payments through banks can cost thousands of dollars and weeks of the settlement period. Since the beginning of 2017, the global real estate industry has embraced bitcoin at an increasing rate, with major realtors in Turkey, UAE, and Miami accepting bitcoin payments.

The next step for the global real estate industry is to utilize blockchain technology to secure property transfer management. Through the usage of bitcoin as a payment method and blockchain technology as an immutable database, realtors and governments could provide businesses and users with a simpler and more secure method of selling and purchasing properties.