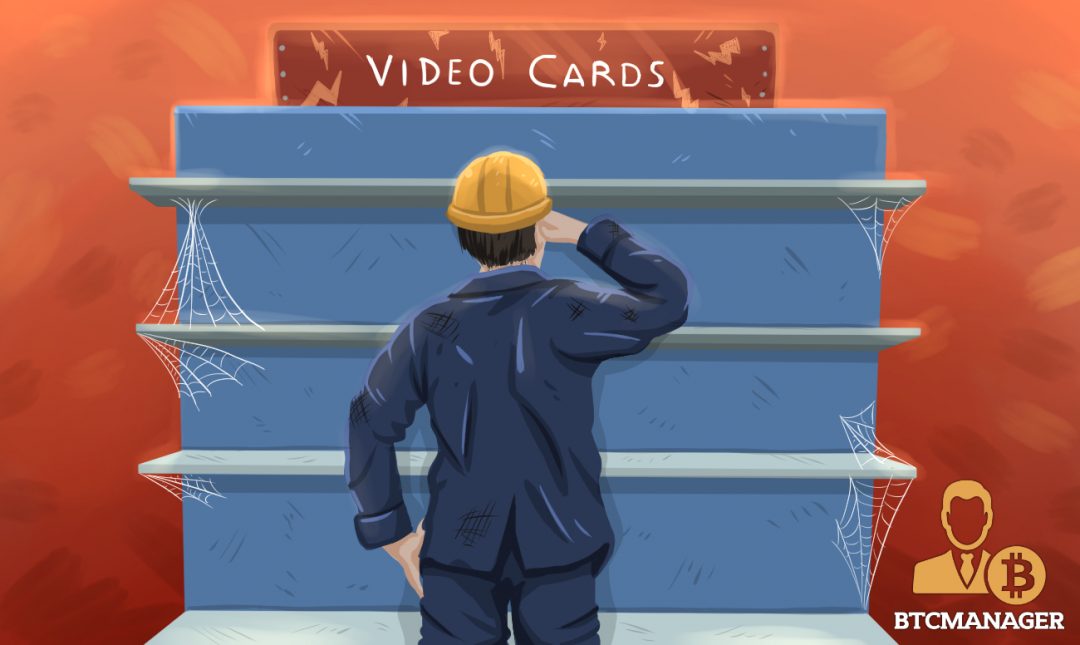 Surprisingly mining is seeing a revival in Germany after it was declared dead due to high energy prices. The result is that most hardware merchants run out of suitable GPUs – like all over the world. There seems to be just not enough equipment to satisfy miner’s demand.

For many years, everybody was sure that in Germany mining was more or less dead. Due to the energy prices, which are among the highest in the world, it was no longer profitable. If people still mined here, they did it by because they get cheap energy.

However, today mining seems to have a revival in Germany. In the most important German forum for virtual currencies, coinforum.de, a lot of threads about mining emerged last weeks. Usually, people ask which software to use for mining, which graphic cards are best, and how to build a so-called “rig,” a mining-system with several GPU (graphic cards).

Mining is back. Chris of Bitcoin-Live, a long-term German miner, jokes that if the trend holds in Germany will soon replace China as the world’s leading mining place. But only a few miners use Asics to search for Bitcoins. Most use instead graphic cards to find Ether or Monero, the two biggest asic-resistant coins.

One reason for the unexpected comeback of mining might be that it is no longer recognized as just an obscure use of hardware, but more and more as something common. GPU mining has become regularly subject of reports of popular magazines like PC Magazine or PC Games, and the retail merchant Caseking promotes some of its products with the note that it can be perfectly used for mining.

The most important reason, however, is that mining has simply become profitable again.

Yes, you will make profits. At least for now.

It’s not rocket science to calculate the profitability of mining. On one side, you have the costs of your rig and the energy. On the other, you have the revenue.

Chris from Bitcoin-Live demonstrates with a simple example that mining Ethereum can be profitable. A rig for the price of €800 produces 45 megahash in a second and eats 350 Watts. With a price of 29 cents ($0.33) for a kilowatthour, the rig costs €2.44 ($2.79) a day but creates Ether worth €6.35 ($7.25). After running nearly seven months, the rig is paid off. Then it makes a daily profit until it is broken.

This calculation gets even better if you obtain your energy cheaper, be it by generating if by yourself, be it by getting industry rates. However, you need to take into account that the hash rate, especially of Ethereum, increases rapidly.

Mining is a zero sum game. The individual revenue decreases when more people participate. Therefore in the long run mining will always be a business of marginal costs; it will only be profitable when you push the expenses for hardware and energy down to the lowest level possible. This is why hobby mining is doomed to die at places with high energy prices, like Germany, and migrate to locations with low energy prices. This process could be perfectly observed in Bitcoin mining.

So – why is it different this time? Why is Germany mining again, despite the bad conditions? We will find the answer to this question in an astounding observation.

There are just not Enough Graphic Cards in the World

Currently, this balance, however, seems lost. Let us look at Ethereum. Since mid-February the price of one ether increased from $18 to just above $400 at peak. It multiplied by a factor greater than 20.

Now we look at the difficulty. It also increased, but only from 120 to 900, which is by a factor of 7.5. The values do slightly vary if you change the observation time – but there is no way around the recognition that the difficulty does not catch up with the price.

The astonishing conclusion must be; there are not enough graphic cards in the world to adjust mining difficulty to the price. A look at the availability of the cards most popular for mining confirms this.

Bitcoin-Live maintains a list with the graphic cards best suited for mining. For a long time, these have mostly been cards from the AMD Radeon series, like the RX 580 and 480. These models have evolved to the Yetis of the computer hardware: Everybody assumes they exist, but nobody has seen them. If you browse Amazon and the common German shops for computers in Germany, you will find that these cards are sold out nearly everywhere. Most shops do not even list a date when they will be able again to ship it.

A little better are the perspectives if you look on cards from Nvidia. For a long time Nvidia’s products have been unsuitable for mining, but since the GTX 1060 series Nvidia caught up with AMD. According to rumors, the company took mining into account when it developed the new series.

Graphic cards, however, are only part of the problem. Chris from Bitcoin-Live explains:

“No matter if you search for a GPU, a power supply unit, a small CPU or a mainboard with four or six PCIe ports – it is bloody hard to find something suitable.”

Especially if you want to create large rigs, you will have massive trouble to find hardware like the rare 1000 Watt power supply units.

The large merchants for computer hardware already reacted to the increased demand. Chris tells that “often you can only order two or three graphic cards for each shipping address. The hardware merchants try to protect their ‘normal’ clients.”

The non-mining users of graphic cards, like gamers, have often become angry toward the miners. For example, if you look at the comments on some YouTube videos, you find rough words against them: “So you the asshole that’s buying all the gpus….” or “fuck you dude you are the reason people can’t buy the things for their systems.”

Some merchants did also increase the price for mining hardware. In parts, as Chris says, drastically. “Some go as far that I would call it moon prices or usury. Especially when we talk about power supply units.”

And this is only the situation in Germany. In some other countries, it seems to be even more drastic. For example in Russia. Here mining has become so common, that the local markets have long reached a total lack of graphic cards. Hence more and more Russians living abroad started to participate in the import of graphic cards into Russia, a business which suddenly has become surprisingly profitable. Bitcoin.com reports:

“It has been reported that many Russian miners are able to generate up to twice the average monthly wage offered in the labor market, resulting in a huge glut of demand for mining equipment locally. Local media has reported that the number of Russians engaged in cryptocurrency mining has increased by 500 – 700 percent, rendering many GPU retailers unable to meet demand. With consumers purchasing graphics cards by the hundreds, merchants have responded with price hikes of up to 80 percent.”

Similar reports are available for South Africa, where magazines tell of a shortage of graphic cards suitable for mining. Even in the USA, it is nearly impossible for one Motherboard author to get his hands on good graphic cards to try out Ethereum mining.

The world, it seems, has simply not enough graphic cards to satisfy the demand of all the miners.