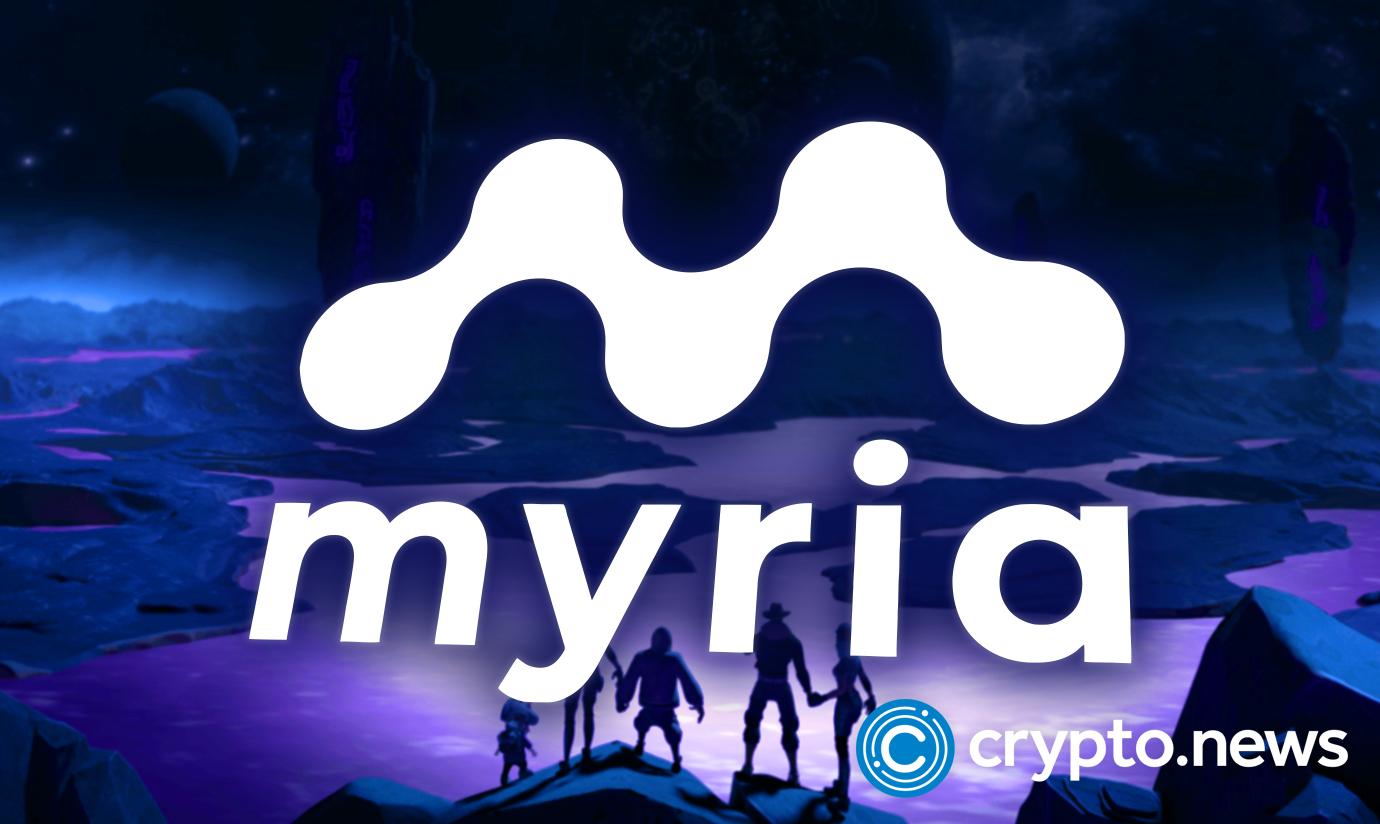 Since the emergence of blockchain gaming and its rapid acceptance, the industry has been one of the most talked-about sectors.

The Myria blockchain gaming is similar to other previous projects from different networks and comes with unique features for players.

Myria is a decentralized Ethereum Layer-2 protocol developed to advance NFTs, digital assets, blockchain games, and others. The Myria platform integrates a gaming system alongside scalable applications developers can leverage to create other blockchain products.

It features a one-stop system that allows users to access metaverse experiences and the benefits of blockchain innovations.

The blockchain gaming arm of Myria, Myria Studios, has revealed that the firm plans to reward all its community members with the latest NFT release. The free-to-claim NFT collectible is available for a limited time and open to all Myria community members.

Furthermore, the Alliance Sigil NFT is part of the Myriaverse story and indicates where every holder of the NFT decides to stand in the battle against the “Rift.” “The Rift” is a part of the lore of the Myria ecosystem, which signifies a powerful attack on the real world.

Accordingly, these powerful forces mutate into digital ones and continue to consume the physical world.

Meanwhile, holders of the Sigil NFT will have access and utility to other features to be revealed later in the coming weeks.

Members of the Myria community looking to be part of the free-to-claim NFT giveaway must complete essential missions to claim their preferred Sigil NFT. Some of the tasks include joining the Myria Discord community and introducing themselves.

In addition, members can also participate in other missions to make them eligible for more undisclosed rewards.

To participate, members can choose from any of the three Alliances as options:

The Myriaverse has a rich story display and will be shown across the various games’ world of the Myria Studio. It will be announced time and time again and section by section.

In the Myria blockchain game, players can also be node operators. However, this is possible by using a personal home computer. Becoming a node operator requires players to purchase a node license to become one.

However, the nodes are limited because the node licenses are only 55,000. There is a daily reward for node operators in Myria native tokens and NFT airdrops. Additionally, players can vote on governance proposals on the platform.

Meanwhile, it is worth noting that node operation by players is vital to the security of the Myria chain and its continued decentralization.