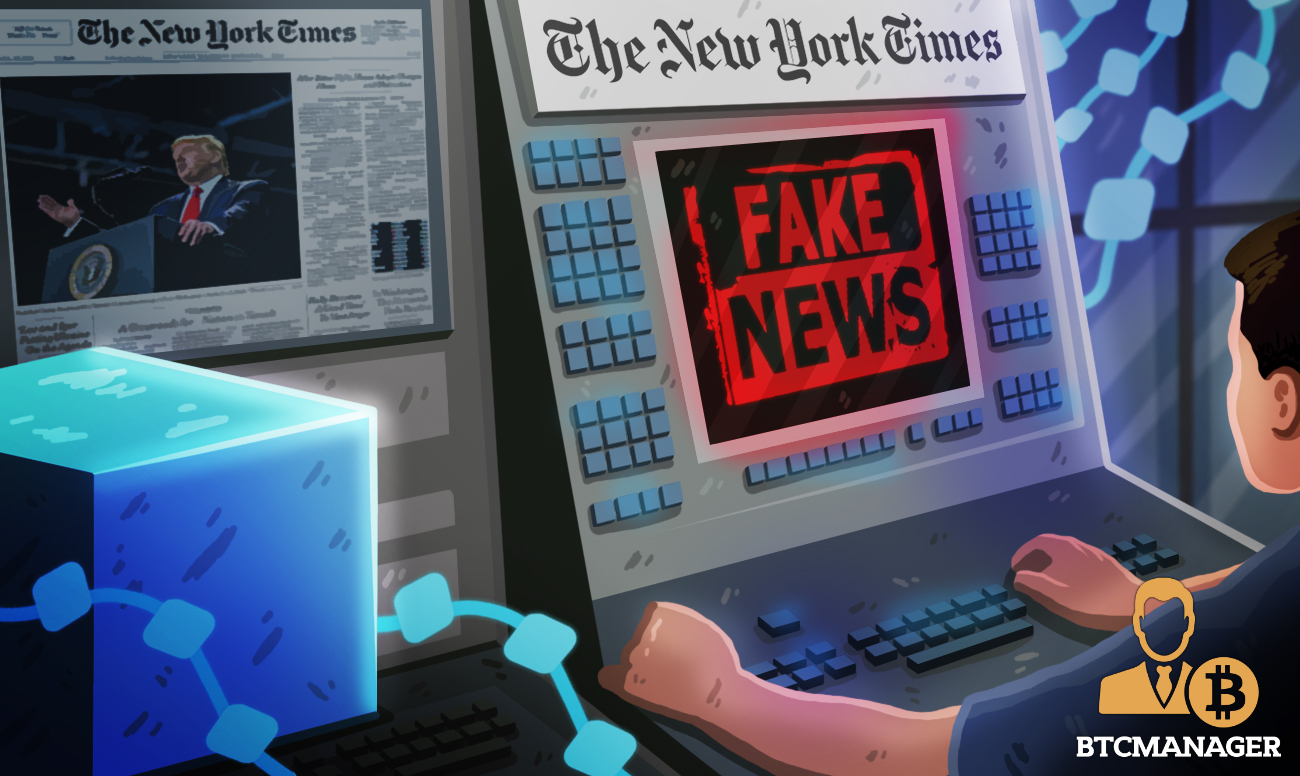 Easy access to the Internet has essentially eliminated the physical distance between people. On the flip side, however, the virtual proximity enabled by the Internet has led to an unprecedented rise in the spread of misinformation that is steadily eroding public trust in online media and blockchain news publications.

In a bid to curb this menace, the New York Times and IBM – via their jointly developed blockchain project called the News Provenance Project – recently concluded a pilot that tracked the journey of a photograph across various publications.

The team created a prototype of a makeshift social network that tracked the status of a photograph from the time it was posted on the platform until the time it underwent heavy edits and changes in captions.

As expected, all changes made to the photograph were duly recorded and logged into a secure immutable database that could be accessed by the observers at any given time. Further, the prototype also leveraged smart contracts to ensure that only a specific group of people had access to the photograph’s metadata.

A Mixed Bag of Results

Pooja Reddy, Product Manager, New York Times, was responsible for the blockchain prototype project. Reddy recently took to Medium to stating that the prototype did indeed help readers better understand the origin of news photo through the provided context. She, however, also acknowledged several bottlenecks that could hinder large-scale adoption of such a mechanism.

According to Reddy, the requirement to have member publications review and approve content shared by other media outlets could prove to be a Herculean task for the involved entities. Reddy added that matching the circulating photos with the original ones on the blockchain was another obstacle that was identified during the pilot. She stressed the need for emerging technologies such as perceptual hashing and computer vision that could help overcome the challenge.

Finally, Reddy identified cost as a major factor that could discourage smaller news organizations from embracing such a prototype project. She said:

“This prototype was an experiment that taught us a lot about the power of credible, contextual information in social media feeds, but there is a long way to go before something like this can be fully realized.”

“Nevertheless, there is a large opportunity for using blockchain to help fight against misinformation in news photos.”

The use of blockchain technology in journalism space is not a particularly new idea.

The challenge lies in developing a blockchain-enabled product or service that not only enables media firms to curb the spread of widespread misinformation but also is cost-efficient to democratize an industry that is getting increasingly centralized.