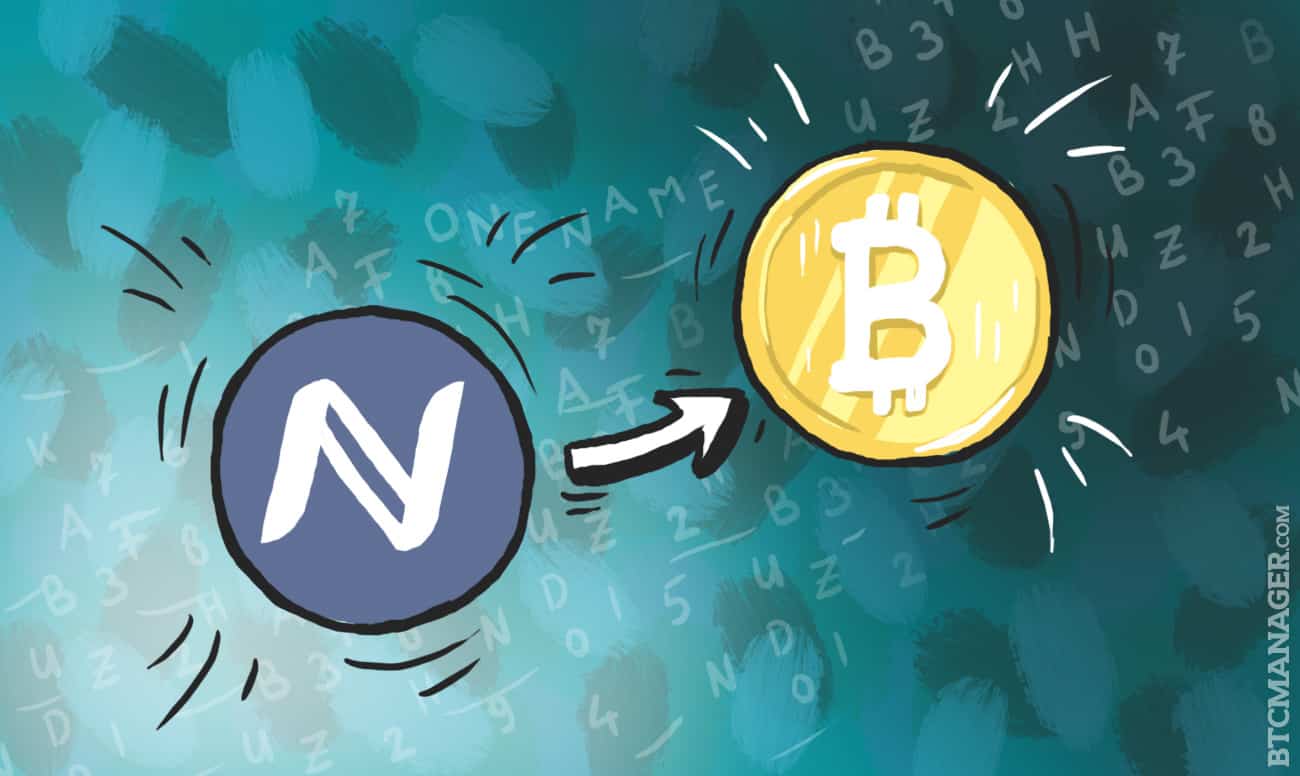 Onename is a service that aims to solve a problem that all cryptocurrencies inherently have, namely a long strings of numbers and letters known as “addresses,” and turning that impossible-to-remember string into something human-readable, like your name.

After months of planning and testing, Onename has announced that it is migrating from Namecoin to the Bitcoin blockchain via the release of Blockstore.  Onename has also allocated ample time to make sure Blockstore can scale as more people start using Onenames services.

While the company originally relied on Namecoin’s blockchain and credit Namecoin for being the first solution for blockchain naming, Onename has discovered problems when working with Namecoin that could be solved by switching to Bitcoin’s blockchain.

“Namecoin deserves full credit for originally solving naming on a blockchain,” Onename stated in its announcement. “… we strongly believe that decentralized applications and services need to be on the largest, most secure blockchain. Currently, there is no other blockchain that even comes close to Bitcoin in terms of these security requirements.”

One the of prime concerns Onename has had is security. While Namecoin is merge-mineable with Bitcoin, sheer hashrate still pales in comparison compared to Bitcoin. For now (and the foreseeable future), Bitcoin is by far the most secure blockchain, allowing peace of mind to the currency and services that run on top of it. Take for example F2pool, also known as Discus Fish. According to blockchain.info, it currently only has 19% of the total Bitcoin hashrate. However, it also merge mines Namecoin and consistently has at least 51% of the total Namecoin hashrate. If the pool were to go rogue, this would have devastating effects on both Onename as well as the overall Namecoin blockchain.

“If this pool were to attack the network, it could reorganize the blockchain, censor name registrations, deny updates, and squat names as they expire.”

Other advantages Onename expects to enjoy from moving from Namecoin to Bitcoin is increased network reliability, a solution to blockchain bloat (thanks to Blockstore), as well as running on software that arguably is better than Namecoin.

While Namecoin also runs on Bitcoin Core, it is “unlikely that Namecoin code will continue to match the quality of Bitcoin core, considering Bitcoin Core’s total number of developers and frequency of security audits.”

Onename will be making the switch after Namecoin block 250,000 has been mined. Thereafter, all new blockchain ID registrations and profile updates will only be reflected on the Bitcoin blockchain. For users that want to manage their blockchain ID by themselves on either the Namecoin or Bitcoin blockchain, Onename will be adding a transfer tool to everyone’s account that will allow them to move their ID to either a Namecoin or Bitcoin address. Bitcoin’s support has no foreseeable ending while Namecoin transfers will be discontinued at the end of December 2015.