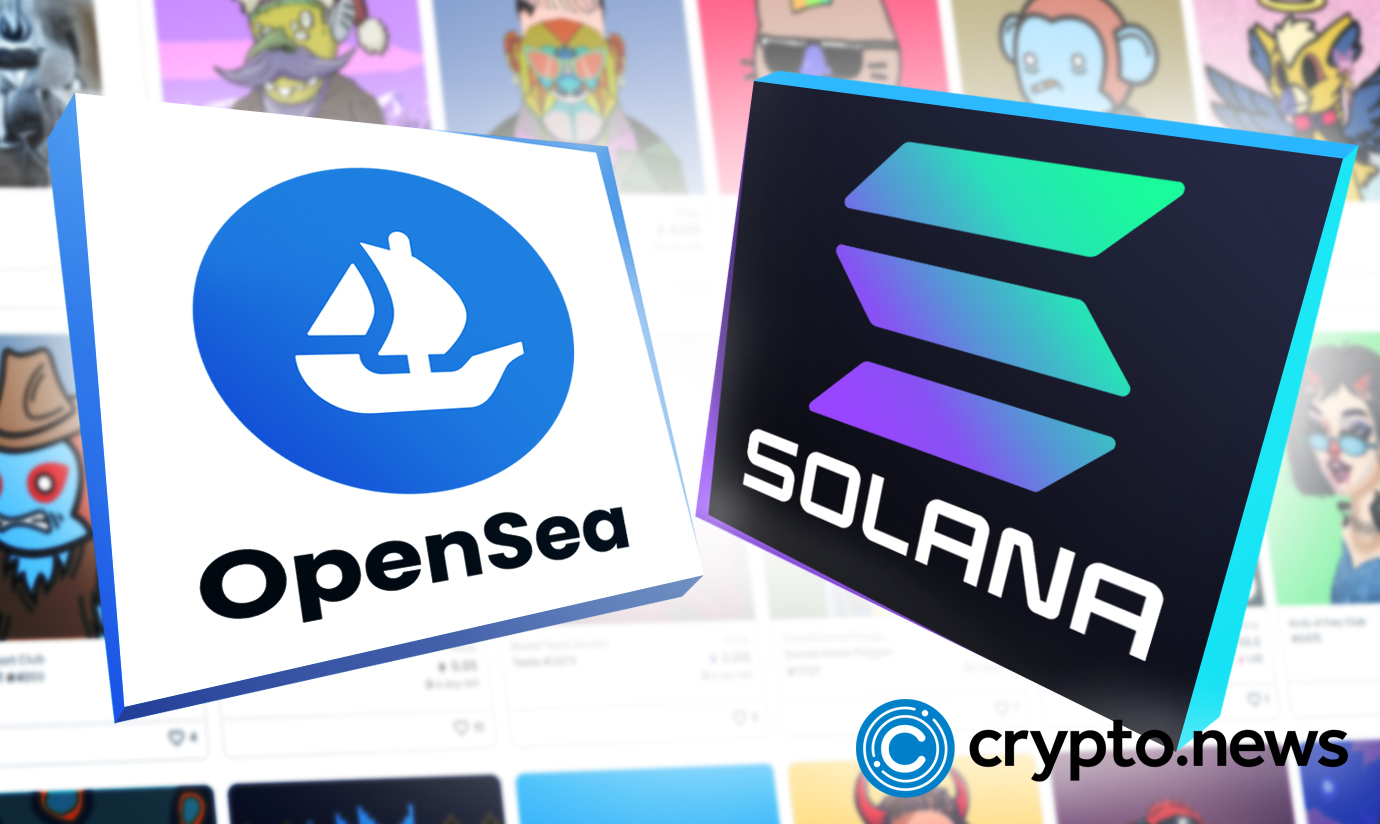 Solana, announced that it will now be integrated into OpenSea, the venture-backed marketplace. This integration will facilitate the availability of Solana-based NFTs on OpenSea’s extensive market.

OpenSea and Solana’s Move In Detail

In a bid to expand access, Opensea and Solana partnered to integrate the Solana-based NFT projects into its market listing. OpenSea has gained traction as the world’s leader in NFTs minted on the Ethereum, Klatyn and Polygon blockchains. This move comes about after much speculation following suggestive posts that teased the move on Twitter. The post caused a great deal of speculation all over social media since March. Despite this activity and speculation, the two platforms stayed silent in what is considered the best kept secret in crypto history.

The two platforms only spoke of the matter during the announcement after the deal’s completion. OpenSea confirmed the deal in a tweet towards the end of March. The deal is one of many moves that OpenSea took in order to add to its expansion. These moves have in turn, positioned the NFT marketplace at the pinnacle of the NFT space.

OpenSea made changes such as accepting payment through credit cards to allow non-cryptocurrency users to buy NFTs. In this move, the integration expands their already extensive catalog to include Solana-based NFTs. From the site, Solana-based collections such as the Solana Monkey Business have been listed. These items are listed and denominated under SOL.

How Solana Plans to Launch its Marketplace on OpenSea

In line with this update, the Solana wallets will be usable for users on the platform. This move aims to draw maximum benefits from the integration by causing minimal disruption for users of the blockchain platform. By allowing the wallets to be used, the platform hopes to smoothly transition existing users to OpenSeas’ larger NFT marketplace.

The deal widens the potential trade margins for OpenSea. Through the integration of Solana, OpenSea is set to grab a large portion of the pie that has grown since Solana’s inception. Solana is second to Ethereum with an NFT market valuation of $1.5 billion.  In a recent valuation by data tracker CryptoSlam, Solana had a total NFT trade volume of 173 million in March alone. A portion of this trade volume will be added to OpenSea. The world’s leading NFT marketplace in comparison showcased a total NFT trade volume of $3.4 billion within the same period. This figure was sourced from the Block’s information panel.

A Charge Towards NFT Adoption

Due to the nature of the move, some positives and negatives will follow for different entities. For OpenSea, this move is the icing on the cake with regard to cementing its position as the world’s leading NFT marketplace. The move is bound to increase the number of assets available, trade volume, and its valuation.

However, for other up-and-coming NFT markets, the move speaks of trying times ahead. Markets such as Solsea, Solanart, Metaplex, and Magic Eden will face stiff competition from OpenSea as it becomes a behemoth that monopolizes most of Solana’s NFT trade. However, this outcome is not set in stone. Therefore, only time will tell how the move really affects the global market after things settle down.