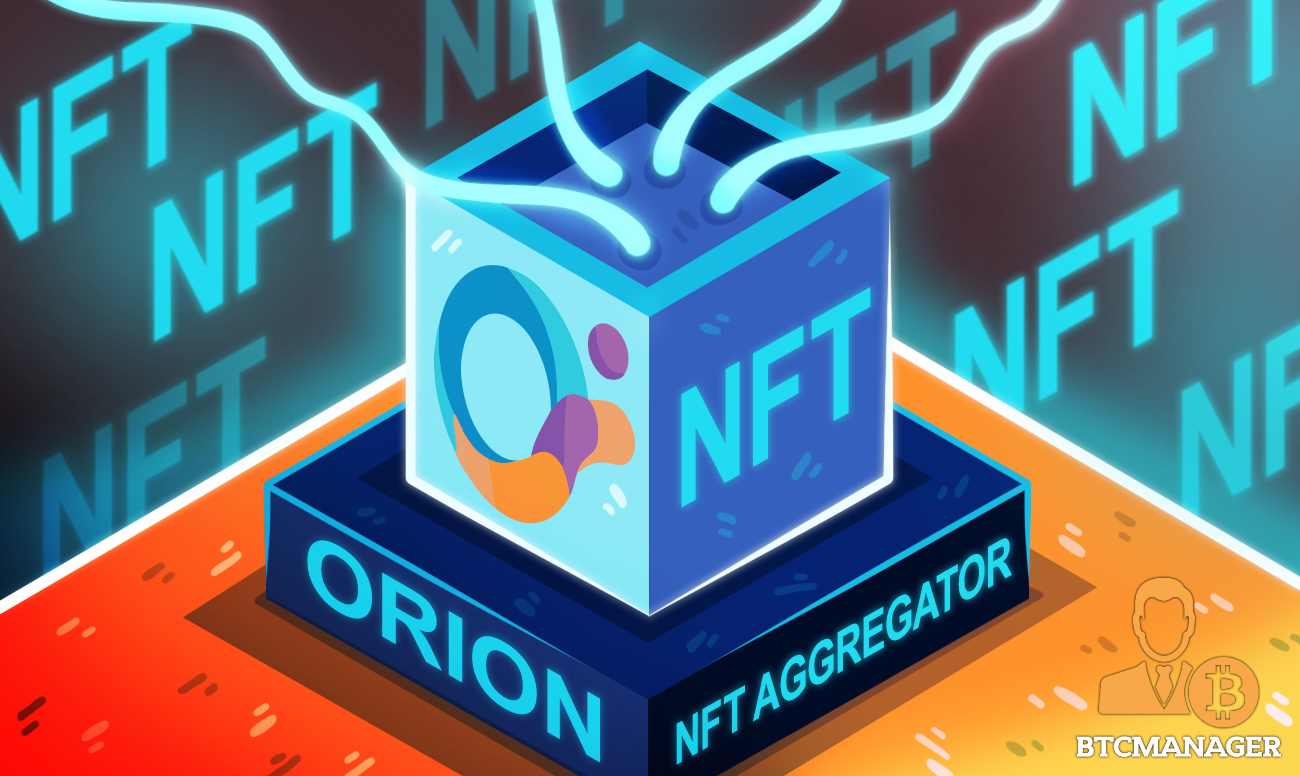 Orion Protocol has announced that it will launch an aggregator terminal for non-fungible tokens, the first of its kind in the cryptocurrency sector. The aim is to enhance accessibility to the market, as users will be able to trade a broader array of tokens for NFTs. As a complement to the terminal, Orion Protocol will also operate an oracle for NFTs to provide fair pricing data.

Founded in 2019, Orion Protocol aims to overcome the issue of fragmented liquidity in the cryptocurrency markets. Rather than hopping about between exchanges to enable a particular token swap, the protocol aggregates liquidity from all centralized and decentralized trading venues into one terminal. The purpose is to create a more seamless user experience, ensuring the best prices on the market with deeper liquidity.

Now, Orion has announced that it will be including NFTs in its aggregator service, making it the first in the industry to provide a one-stop-shop for NFTs across all marketplaces and platforms. As things stand, NFT liquidity is also fragmented across many different trading venues such as Nifty or Sorare. Furthermore, users can generally only pay in a limited range of cryptocurrencies, mainly BTC or ETH. With the Orion NFT terminal, users will be able to browse all NFTs for sale across the entire market in a single interface and pay for their NFT purchases in any ERC20 token.

The aim is to provide more accessibility, liquidity, and volume to the burgeoning NFT market. It offers the potential to appeal to a broader range of users who may be intimidated by needing to jump between multiple trading venues or put off by not being able to pay in the token or currency of their choice.

Alongside the NFT terminal, Orion Protocol will also operate a price oracle dedicated to NFTs. It will feed price data back to the marketplaces and ensure prices are fair based on sales and market sentiment. In doing so, Orion hopes to secure long-term sustainability for the NFT sector.

The move is timely indeed, as NFTs have been undergoing meteoric growth over recent months. The most talked-about event so far is the recent auction of 5,000 pieces of digital art produced by prolific creator Mike Winkelmann, aka Beeple. The sale fetched a staggering $69 million, and it was later revealed that the buyer was MetaKovan, the pseudonymous founder of MetaPurse.

However, this could just be the tip of the iceberg. Following the record-breaking Beeple sale, British artist Damian Hirst announced he was planning to launch a “secret art project” using NFTs, which he said has been five years in the making. Hirst also recently sold a collection of cherry blossom prints, for which he accepted cryptocurrencies.

However, it’s not just art that’s finding a home in NFTs. A rare digital collectible card featuring the soccer player Cristiano Ronaldo recently sold for nearly $300,000 via the Sorare marketplace. Elsewhere, a performing arts company called Beauty in the Streets has tokenized dance moves as animated emojis that people can use in apps and video games, proving that the imagination is the only limit when it comes to the possibilities for NFTs.

Orion Protocol will launch the full version of its mainnet in the coming weeks.