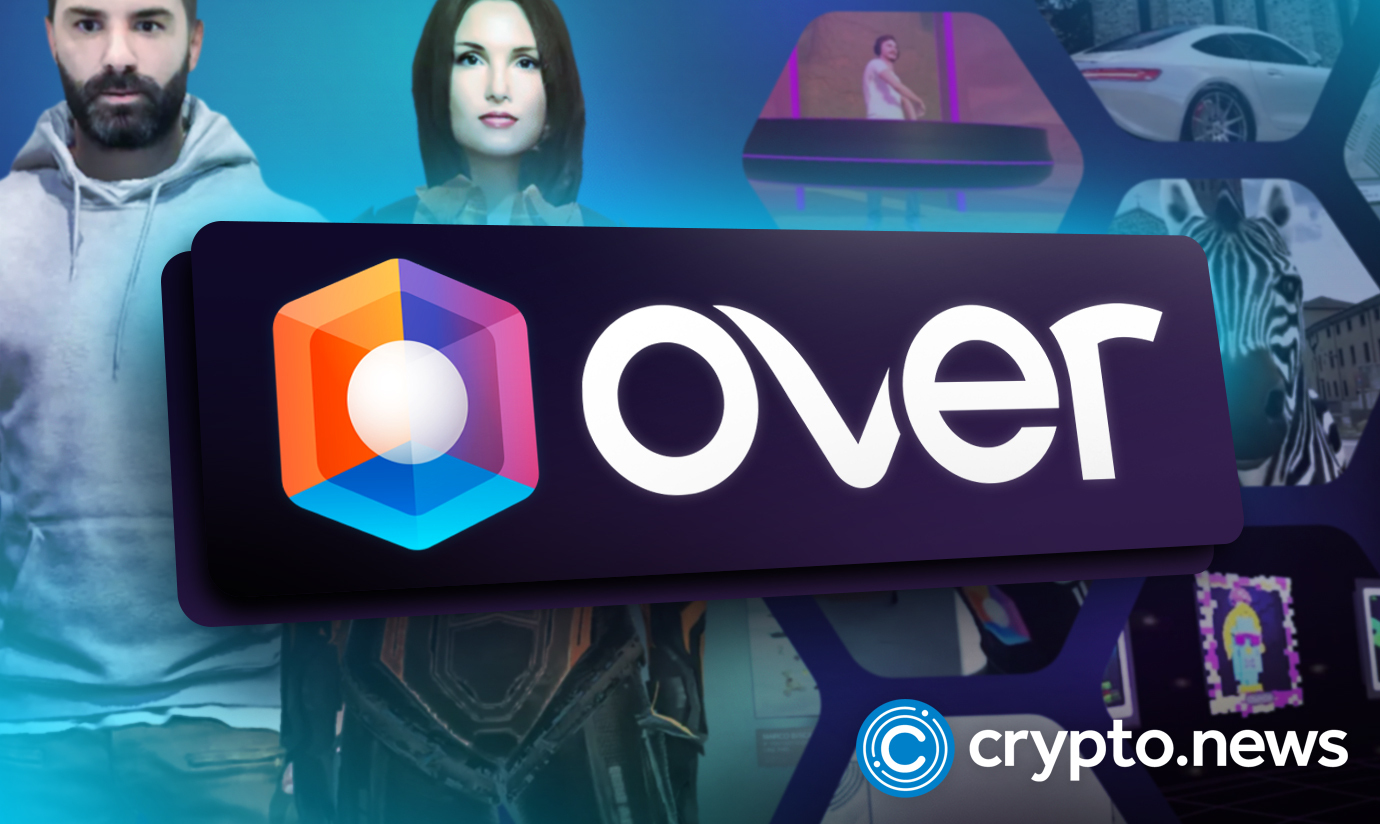 OVER the Reality (OVER) has successfully opened its Map2Earn Beta platform to the public. OVER aims to revolutionize 3D mapping technology and solve the geolocation problem in Augmented Reality (AR) in a fun way. Smartphone users can now download the OVER app on Google Play or Apple App Store and become a mapper in the OVER metaverse.

OVER the Reality unveils Map2Earn Beta

OVER the Reality (OVER), a decentralized infrastructure for an Augmented Reality and open metaverse, has launched its Map2Earn Beta program.

OVER allows users to create unique geolocalized experiences that bridge the real and digital worlds.

With its cutting-edge community-driven 3D mapping system, OVER offers users and builders an opportunity to map their physical locations with innovative accuracy using their smartphones, own AR metaverse real estate, and explore Web3. There will also be an incentivization program for mappers.

OVER aims to solve the geolocation problem in Augmented Reality and the Map2Earn Beta program takes it a step further toward actualization.

“Previously, AR experiences and innovations were held back by the limits of GPS accuracy, typically no less than six meters outlets and virtually absent indoors,” explains OVER.

“OVER, on the other hand, has achieved an accuracy of 20 cm outdoors and indoors. Other systems do not ever work indoors. This makes the system ideal for mapping and creating geo-localized experiences embedded in the real world,” it added.

OVER opens up more possibilities in AR. For example, it is possible to position a digital piece of art on a specific anchor point on a wall, to superimpose AR experiences on existing buildings, and more.

OVER open to all

With the OVER Map2Earn Beta program now live, anyone with a smartphone can participate in the project. It is because the OVER mapping system empowers users to become mappers. The team says it only takes five minutes to map a 300 sqm OVRLand. The mapping process is facilitated by OVER’s intuitive UX, which guides the mapper through the capturing.

Each mapper must generate a 3D point cloud of the mapped location for a perfect exercise. In this method, the creator has a precise visual reference of the actual 3D structure of the place being augmented.

The mapper will also generate relocalization algorithms with 20cm accuracy that locates the observer of the AR experience in space and provide them with a coherent experience via computer vision algorithms and the point cloud, NERF (neural radiance fields), and more.

The generated elements captured during each mapping exercise are stored as NFTs on OVER, and mappers will own these assets.

OVER says its vision is to create a Web3-based, community-owned updated 3D map of the most critical indoor and outdoor locations visited by humans with smartphones rather than cars and satellites.

“OVRMaps have a fundamental importance for AR. They’re the portal to the AR metaverse. Without them, there is no way to reliably and coherently augment the physical world. With such a system, OVER is blurring the borders between AR and VR, making the geolocalized AR content remotely explorable,” it stated.

The team says users will only be able to create maps, neural renders, and usage for relocalization in this first beta release. In subsequent releases, the created maps will be mintable as NFTs and freely tradeable on OVER NFT marketplaces and others. In the near future, OVER will launch a direct incentivization program for mappers by introducing open-to-buy orders that will allow users to acquire essential maps.