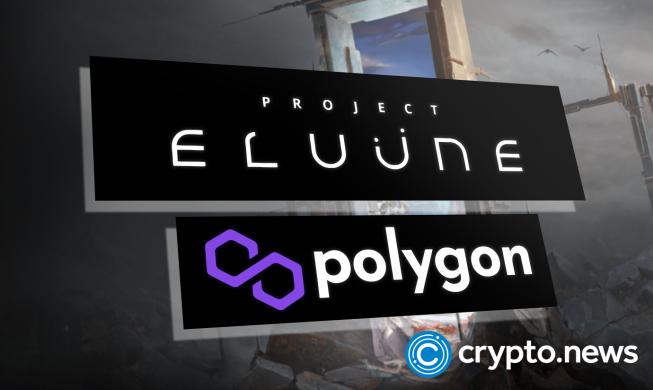 The developers of the popular game Call of Duty created another game Project Eluüne: StarGarden, for the company, Arrivant. At first, Arrivant launched the game on the Solana blockchain. However, Arrivant was looking for a sustainable option and has decided to launch it on Polygon.

As per the latest report, the gaming studio, Arrivant has decided to expand its Project Eluüne: StarGarden to the Polygon blockchain. Meanwhile, the project will also remain in the Solana ecosystem.

According to Arrivant, it opted to launch the game on Polygon due to the platform’s commitment to sustainability. It also cited the platform’s latest hiring of AAA talent as a motivating factor.

Meanwhile, the gaming studio said it made this decision before the Slope attack on the Solana network last week. Therefore, the game would run on both platforms concurrently.

Cedric Gamelin, the CEO of Arrivant, said the company believes the Polygon network can house the upcoming generation of gamers. Also, Gamelin said the company is planning to be a cross-chain initiative.

This would allow the gaming firm to serve different players on various platforms. However, the CEO believes most players would prefer the Polygon platform.

Arrivant Finalizing Funding Round of $5 Million

According to Goel, the Polygon team is willing to partner with Arrivant to support its growth and gaming designs.

Meanwhile, Arrivant also announced that it is close to finalizing a funding round of $5 million at a $35 million valuation. The funding round was led by C2 Ventures with other participants, including Lightspeed, Polygon, and 6th Man.

According to Arrivant, it would use this fund to increase its team. Also, it would work to ensure the game is accessible by Q1 2023. The game would allow players to train, craft, recruit, merge, and upgrade creatures in a world of floating islands, StarGardens

Polygon Is Third Most Active Blockchain in Q2 2022

Meanwhile, The Block reported that Polygon Studios was the third active blockchain investor in Q2 2022. Solana Ventures, which used to be part of the busiest investors, dropped out of the first ten.

Although the crypto market is in a crisis, investors’ interest in gaming projects has not dwindled. According to statistics, gaming accounts for over 47% of investments by blockchain investors.

On July 8th, Polygon became the third largest blockchain platform after it hosted over 198 blockchain games. Behind it was Solana with about 102 games. Meanwhile, the BNB Chain topped the list with 618, followed by ETH with 382