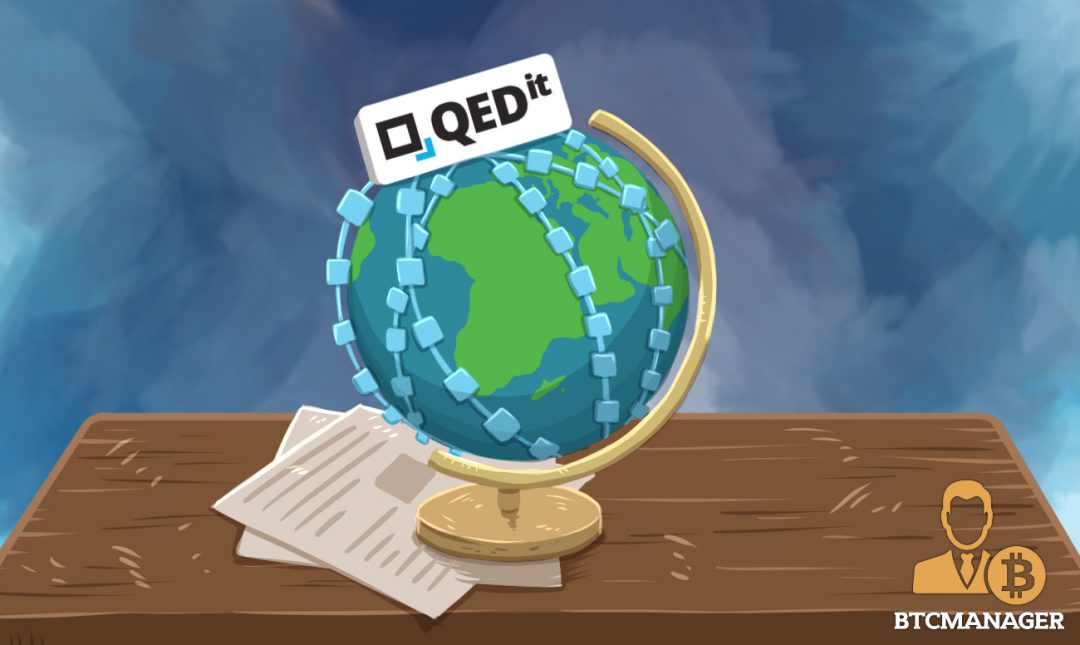 At the TechCrunch Disrupt Berlin 2017 conference, blockchain startup QED-it presented its new blockchain platform that leverages the zero-knowledge proof protocol to allow users to selectively choose what data they want to disclose and to whom.

What are Zero-Knowledge Proofs?

Tel Aviv-based QED-it has developed a revolutionary new way of how businesses can utilize the blockchain – involving zero-knowledge proofs – that has the potential to speed up global blockchain adoption. CEO Jonathan Rouach leads the company, alongside CFO Ruben Arnold, renowned data scientist Aviv Zohar, and its development team of several experienced cryptographers and developers.

A zero-knowledge proof is a cryptographic protocol where one party (the prover) can prove to another party (the verifier) that a specific statement is correct without having to disclose any other information other than that the statement is true. In other words, users of a blockchain network can store, send, and receive data in a secure and immutable manner but without having to share all the details of the data that they are sharing.

In Zcash’s cooperation with JPMorgan and Quorum, the use of zero-knowledge proofs is of particular interest to the typical Wall Street bank as it allows financial transactions to be conducted and settled without revealing information about the operation to everyone within that specific blockchain network.

While the idea of a genuinely anonymous cryptocurrency may ring alarm bells for regulators, lawmakers, and law enforcement agencies, the reality is that these type of digital currencies are needed if financial institutions want to implement blockchain technology into their systems. As transactional privacy becomes a higher priority for financial institutions, these news anonymity protocols help to reduce costs and increase efficiency.

According to QED-it’s website, its Zero Knowledge Blockchain is “a platform that combines the advantages of coordinating all involved parties (Blockchain technology) with the necessity of non-data disclosure for legal or business motives (Zero Knowledge Proof cryptology), meaning giving proof to a given ecosystem, without unveiling any underlying data.”

Use cases that the startup highlighted for its new blockchain network include creating dynamic identities, allowing for real-time valuations, improving business processes, and regulatory compliance. Unsurprisingly, financial institutions are the type of clients that QED-it is targeting with its trustless audit platform.

An example of how financial institutions can benefit from using the Zero Knowledge Blockchain would be a bank that is financing the building of an airplane, which would be used as the collateral for the financing. The aviation company that will use the aircraft will store specific operations and maintenance logs in its systems.

The information kept in these logs reflects many commercial aspects of the aviation company’s operations, and thus the lender is not given these details. The lack of knowledge creates a problem for the bank as it cannot strictly follow the value of its collateral if it is not allowed access to the maintenance logs.

Permanent evidence of this exchange is, of course, also beneficial for financial regulators as it offers real-time proof that the entire transaction is compliant with regulations and it creates an auditable digital paper trailer should the regulator require access to the information involved in the trade.

The idea for QED-it came from the realization that companies want to keep some data for themselves while wanting to share other data with third parties according to CEO Rouach:

Fundamentally, the idea behind QED-it is to replace human auditors by providing a platform that allows for easy oversight and due diligence of transactions that involve sensitive business information in a secure and trustless manner through the use of blockchain technology and advanced cryptography.

Rouach is confident that the company’s technology will be adopted by many as there is a pressing need for blockchain solutions that also provide the right level of privacy and transactional anonymity.

“We demonstrated our technology to leading actors in the industry, and our first partners are already using and testing our tools across several interesting use-cases, without compromising on confidentiality,” Rouach iterated.

QED-it’s technology solves one of the major challenges that global blockchain adoption faces by allowing some information to be shared while other information is being kept private. The Zero Knowledge Blockchain thus has the potential to speed up blockchain adoption in the financial industry, which is already sitting on the edges of its seats waiting to benefit from blockchain disruption.