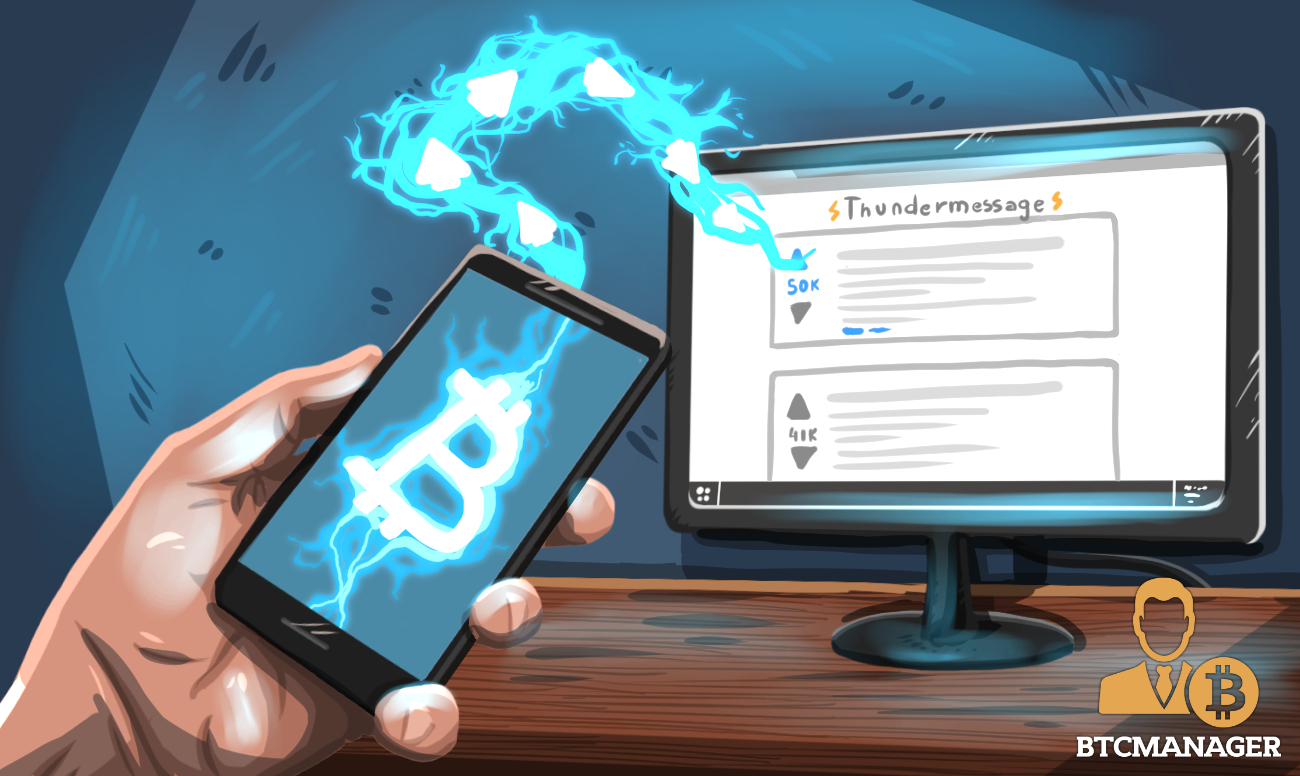 A new decentralized take on the popular internet message board Reddit allows users to upvote and downvote comments exclusively by sending small amounts of bitcoin instead of clicking on little green and red arrows. This effectively allows its users to buy popularity and on paper at least if not in practice, it incentivizes good posting behavior.

Meet the New King, Same as the Old King

While Reddit is often characterized as the dumpster fire of the internet because of its libertarian ideals and emphasis on free speech, ThunderMessage is in theory supposed to combat some of the less palatable elements of Reddit posting culture.

By making a post’s popularity dependent on actual financial expense instead of merely just the slight effort of clicking a button, the reasoning is that users will only want to spend their money on posts of higher quality, which in turn should encourage posters to put up high-quality content worthy of bitcoin upvotes. An article on The Next Web on this issue describes it as a ‘Decentralised Quality Filter principle.’

Conversely, the expense required to downvote a comment should provide a clear message to downvoted users that their posts are genuinely poor and in need of improvement. Mostly, the idea is that people only want to spend their money on things they feel strongly about, hence, in theory, ThunderMessage should be a healthy antidote to the infamous ‘shitpost’ culture of Reddit.

The material that currently dominates ThunderMessage is an almost exact mirror of that which governs Reddit – the Shitpost is alive and well on ThunderMessage. Instead of users to take the monetary expense required for upvoting and downvoting as an incentive to promote ‘good’ content, the board is overrun with the usual shitpost fest of mildly funny memes, penis doodles and Pepe the Frog.

ThunderMessage operates almost precisely like Reddit, with the critical difference being the upvoting and downvoting mechanism. Instead of clicking a tiny arrow, users spend One Satoshi (the smallest unit of bitcoin worth 0.00000001BTC) to vote a post up or down. To post messages, users must have a bitcoin wallet that is compatible with the Lightning Network, and every post requires a minimum of one vote to be published.

To get a post ranked higher with upvotes, users can then send more Satoshis, or conversely, downvote it into irrelevance with more Satoshis. In keeping with bitcoin’s libertarian origins, 1 Satoshi does equate to one like or dislike, which resonates well with the libertarian “money = freedom” school of thought.

Transactions are signed when users scan a QR code-based invoice on their smartphone wallet, and posts are then confirmed to go live shortly after. Being that this takes place on the Lightning Network, it is almost instantaneous.

The platform is doing well so far, with the expected rush of coin shills spending hundreds of dollars worth of BTC to promote everything from bitcoin cash to litecoin. What it has proven so far, is that the concept of decentralization, which has been touted as the obvious solution to many of the Internet’s issues may not entirely be the panacea it is made out to be. It has also proved that people do not mind spending a few Satoshis to indulge in some good old shitposting.