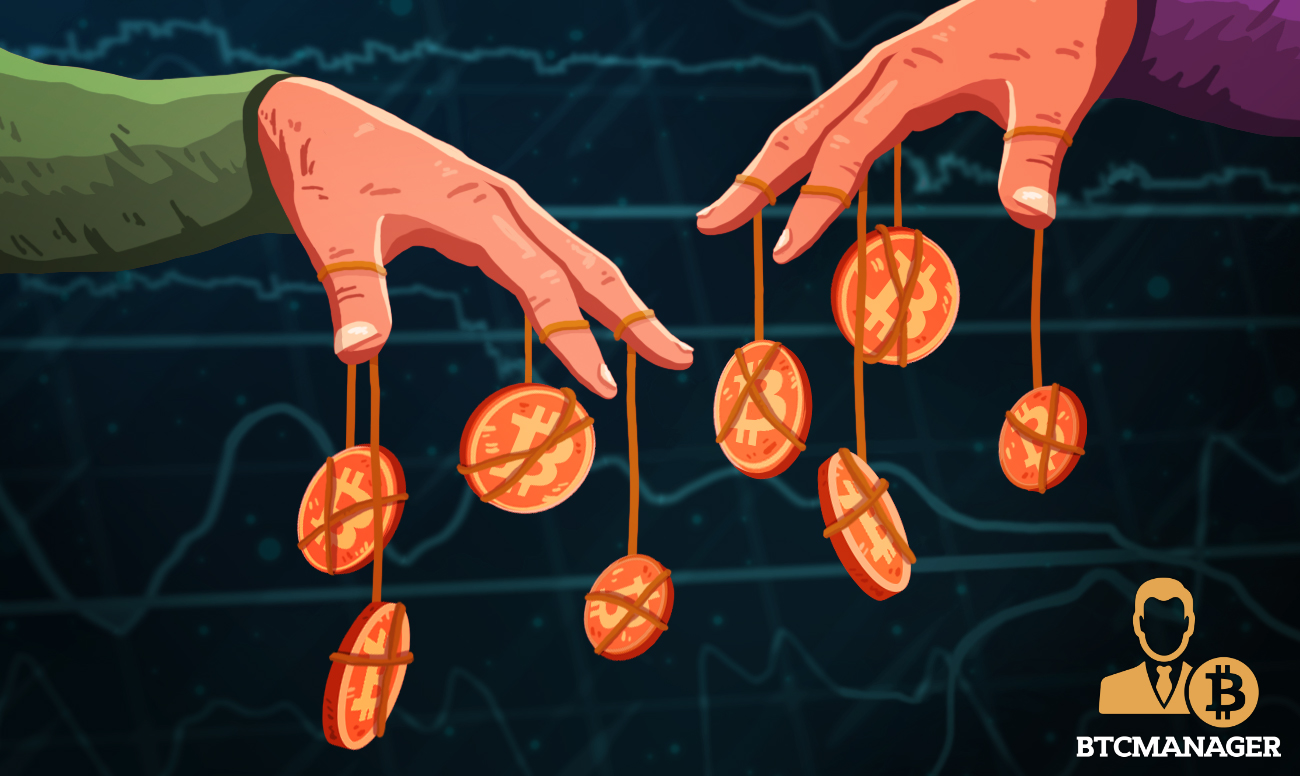 According to a report published by Bitwise Asset Management most bitcoin trading is highly manipulated by unregulated exchanges, as reported by CNBC on March 22, 2019.

A review published by Bitwise is launching a wave of scrutiny over the legitimacy of the Bitcoin trading market as it reveals that most of the trading done with the digital currency is subject to manipulation by unregulated exchanges.

The research pointed out that because of this, there is still a lot of concerns coming from regulators and investors when it comes to market manipulation.

1/ New Research from us @BitwiseInvest.

As part of 226 slides presented to the SEC on our ETF filing, we did a first-of-its-kind analysis of *order book data* from all 81 exchanges reporting >$1M in BTC volume on CMC.

TLDR: 95% of reported volume is fake but LOTS of good news! pic.twitter.com/TuXLlDCRyP

Bitwise, the startup behind the study, is a company focusing on asset management aiming to list the first-ever bitcoin exchange-traded fund. The startup stated it was meeting with the Securities and Exchange Commission (SEC) on March 26, 2019, to discuss its analysis.

“People looked at cryptocurrency and said this market is a mess; that’s because they were looking at data that was manipulated. When you cut away the echo chamber of these nonsense numbers, it should be an efficient, well-arbitraged market. When you realize the size of the real bitcoin market, the CME starts to look a lot more significant.”

According to CNBC, the study revealed that almost all the volume “reported on 71 out of the 81 exchanges was wash trading.”

Wash trading is a term that refers to obsolete movements made by the same trader simply to generate movement within a market. In wash trading, the perpetrator can simultaneously sell and buy the same asset over and over just to generate market activity, thus creating a false sense of increased volume and intense activity.

These exchanges reported unreal numbers related to the average daily Bitcoin volume. From a reported volume of $6 billion, the study finds that only $273 million of that is real.

“The idea that there’s fake volume has been rumoured for a long time; we were just the first people to systematically look at which exchanges were delivering real volume.”

The comparison between the reported daily trading volume against its spread between the price offered by the seller and the price the buyer is willing to pay only extend as far as one cent. But this penny difference only comes after analyzing Coinbase Pro, which reports $27 million in average daily volume in bitcoin.

Contrary to that, CoinBene one of the larger exchanges, has around $15 for this spread while other exchanges present totally absurd number going as far as $300 spread.

There are several incentives for exchanges to present fake numbers. They can either attract new investors or new initial coin offering listings. The purpose, however, is always the same and that is why regulation in the space becomes all the more imporatnt.

While U.S. regulators have been taking a cautious approach when it comes to taking Bitcoin trading mainstream and accessible for all, the SEC has been rejecting applications for cryptocurrency-based ETFs left and right.

SEC Chairman Jay Clayton said that since the majority of cryptocurrency trading desks don’t have monitoring tools like stock exchanges asset prices can be easily manipulated.

At the Consensus Invest Conference in Manhattan, Clayton said:

“What investors expect is that trading in the commodity that underlies that ETF makes sense and is free from the risk of manipulation. It’s an issue that needs to be addressed before I would be comfortable.”