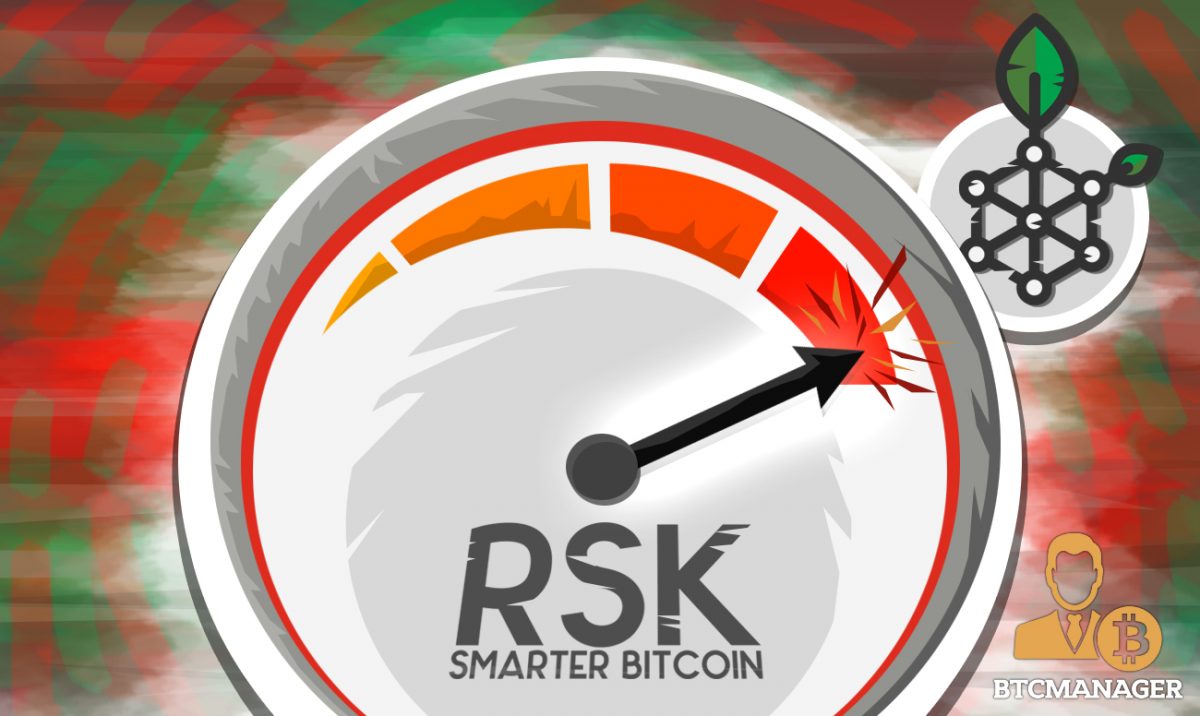 For the last year, the focus around smart contract platforms and their real-world applications has been centred around decentralized finance (DeFi). Although most developers and dApps are currently working on the Ethereum network, this entire space is nascent and a clear winner is yet to be decided. In this piece, BTCManager dives into the intricacies of RSK and the value proposition it offers.

A recent study by Electic Capital, highlights the rapid growth of the Ethereum network. This growth can alternatively be interpreted to call attention to the fact that smart contract adoption is booming and their utility proposition has been recognized by the broader market.

The boom in smart contracts has led to significant growth on the blockchains of Ethereum, EOS, and TRON. However, most truly valuable activity in the realms of escrow, financial services, and authentication are being implemented on Ethereum.

A quick look at State of the dApps shows that other than gaming and gambling, there is not much being done on EOS or TRON. At the same time, as Cardano announced the launch of Shelley, the blockchain had over 1700 blocks where more than 70% are mined with 0 transactions. A fundamental problem with relying on this approach is that transaction count is not a very valuable metric for blockchains that are still strengthening their core functions.

RSK launched its third layer scalability solution just a few months ago. The network claims to be able to process 5,000 transactions per second. But throughput and scalability aside, there is one feature of RSK that stands out: it runs on top of the Bitcoin blockchain.

Bitcoin is by far the more resilient network and dominates user metrics in every area. Bitcoin processes nearly 300,000 transactions on a daily basis, giving RSK the opportunity to serve a large number of existing users. People using Bitcoin are, for the most part, interested in revolutionizing the financial system. Additionally, they are also reluctant to use other blockchains.

Having smart contract execution embedded as a sidechain on Bitcoin will allow these users to gain access to the wide range of efficient functions seen on Ethereum.

Building on Bitcoin, Competing With the Rest

On the surface, RSK looks like a competitor to the likes of Ethereum, EOS, Cardano, and other smart contract platforms. A more nuanced analysis of the potential applications that can run on RSK though, reveals that it is actually a completely new product offering.

Since it runs on top of Bitcoin, it has the ability to run as a scaling solution for micropayments – just as Lightning Network does. However, this is just the tip of the iceberg; RSK can be used for the creation of escrow contracts, issuance of crypto-assets backed by BTC, scalable financial services and asset securitization amongst others. Breaking down the technology, it can be considered Lightning and Ethereum combined on top of the Bitcoin blockchain.

Realistically, Ethereum can be used to transfer value, but it isn’t seen as a resilient payments network. There are dApps like xDAI that are trying to bring payments to Ethereum, but it is a narrative that hasn’t played out.

With RSK, one person can send money trustless across the globe while simultaneously creating an escrow contract that executes based on pre-determined parameters. The blockchain use cases are unlimited, and it has the added advantage of running on the most popular & secure network.

Can RSK Overpower Ethereum and EOS?

Presently, Ethereum and EOS cumulatively process approximately six million transactions per day. At the same time, it’s estimated that RSK processes between 200-600 transactions per day. The challenge ahead for the project is significant and incredibly daunting. However, RSK has been working on several blockchain use cases. As more and different use cases adopt RSK’s technology, it will be easier to attract both developers and users to the network.

Additionally, RSK makes it seamless for Bitcoin miners to take part in the verification of network transactions. By implementing merged mining, Bitcoin miners can simultaneously create blocks for BTC and RSK hence increasing their profitability.

The tokenomic framework of RSK is robust, allowing the benefits and strengths of Bitcoin to flow down into their own network. Using a trickle-down approach on Bitcoin to provide network security, is one of the more important features of RSK that people tend to overlook.

With the debate around on-chain privacy gaining traction, it is relieving to hear that the developers of RSK plan to add native support for private transactions on-chain. There are many more unique features that are explained succinctly in the whitepaper and project blog.

To summarize, RSK can most definitely overcome Ethereum and EOS as the world’s most adopted smart contract platform. The tokenomic framework and incentives drawn from Bitcoin, make it both incredibly secure and scalable. However, as with any new technological proposal, it is important to view it objectively and not get overwhelmed. For RSK to truly overpower the current leaders of the smart contract market, they will have to attract a large number of developers and users to prove that the chain is actually scalable and secure for practical implementations.