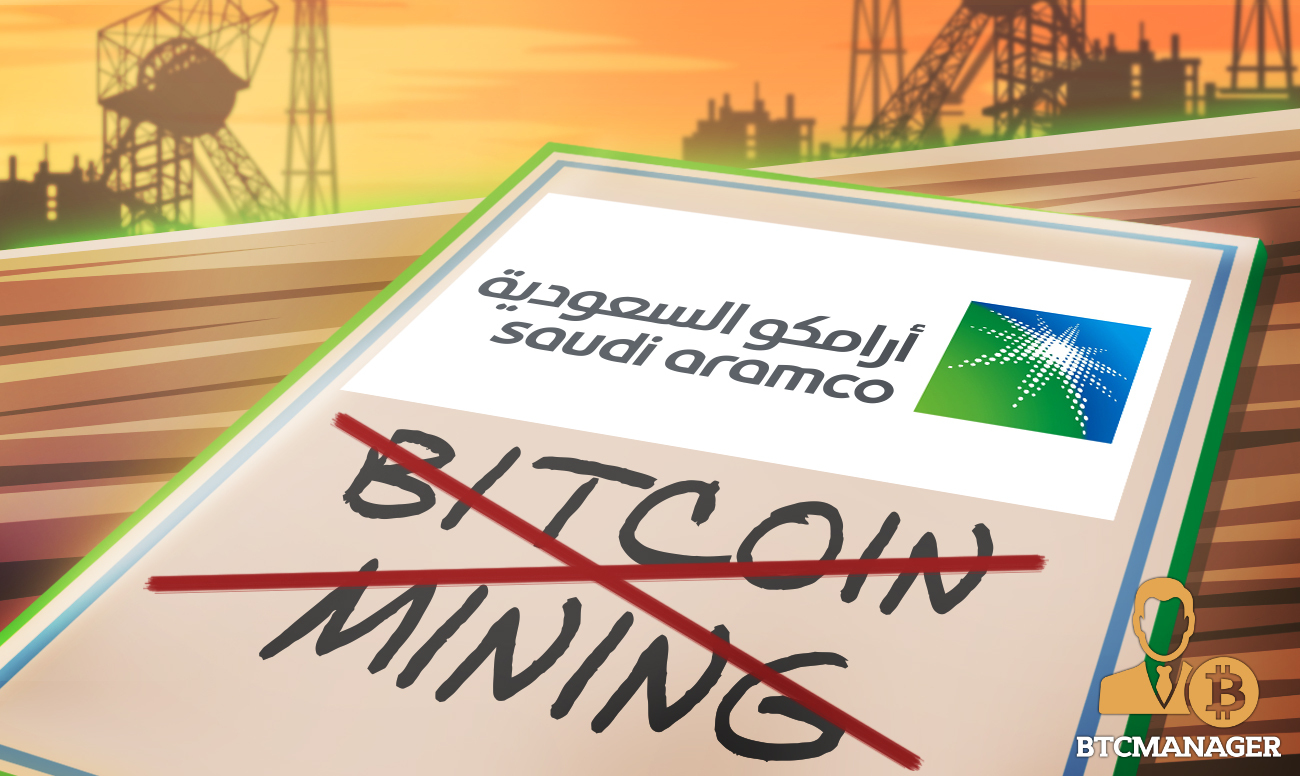 Global oil giant Saudi Aramco has denied reports stating that the company intends to mine bitcoin in the foreseeable future.

Reports had surfaced in recent days that Aramco intended to launch bitcoin mining operations. Brazilian bitcoin miner Ray Nasser had posted on YouTube that his company was negotiating with Aramco to utilize excess energy produced by the Oil company to mine BTC.

“We are negotiating with Aramco. All black liquid [oil] that comes out of the desert belongs to this company. All the flared gas they’re not using, and that’s public information, I can tell you, it’s enough to ‘power up’ half of the bitcoin network today, from this company alone,” he stated.

Aramco swiftly denied these claims in a statement issued on Monday.

“With reference to recent reports claiming that the company will embark on bitcoin mining activities, Aramco confirms that these claims are completely false and inaccurate.”

Bitcoin mining requires a large amount of energy which Aramco has readily supply. The company produces a significant chunk of the world’s oil supply and can channel energy from the gas flaring process towards bitcoin mining with minimal operating costs.

Some oil companies have looked to leverage this opportunity by using excess gas power to mine bitcoin and cryptocurrencies. For example, an American mining company was reported to have shipped portable bitcoin mining equipment to oil and gas firms for mining activities.

Aramco is no stranger to blockchain technology and currently deploys DLT within its system. It uses the technology within its supply management operation to standardize business processes and increase efficiency while reducing costs.

In addition, the oil giant has invested in two blockchain projects: Data Gumbo and VAKT that aims to develop management and automation of new contracts and invoices. This investment shows the company’s commitment to taking a foothold in the fast-growing blockchain industry.

However, launching a bitcoin mining operation could be tricky giving the recent commitments of the Saudi oil company. Aramco revealed in 2019 that it was committed to achieving a zero net gas flaring operation by 2030.  Bitcoin mining has its controversies with energy consumption and it remains to be seen if the oil giant would be willing to reconsider its current stance in the future.