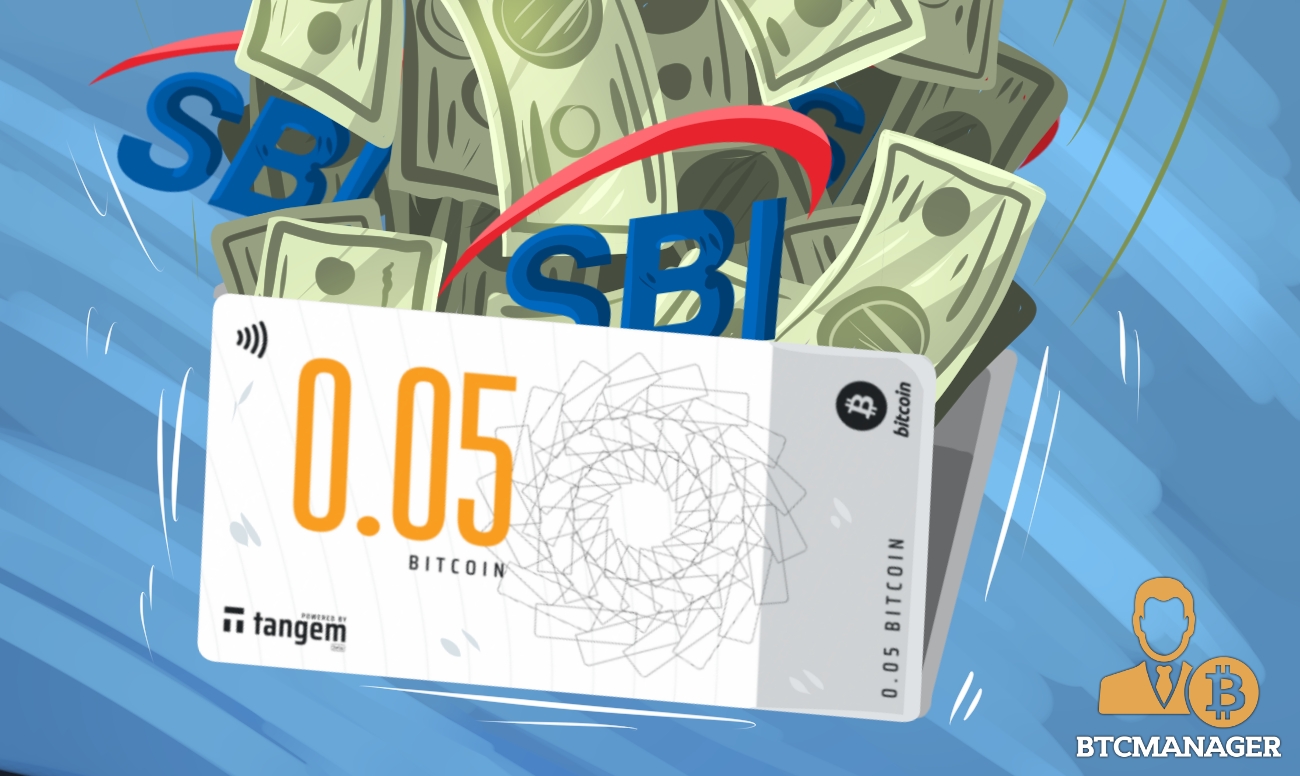 On January 21, 2019, the Swiss blockchain wallet Tangem raised funding of $ 15 million from SBI Crypto Investment. This is intended to be used for the industrial adoption of blockchain-enabled smart cards.

The blockchain smart card wallet provider Tangem is well-known for its smart banknotes that are inbuilt with a chip that holds bitcoin or other cryptocurrencies. Currently, it is the only mass-produced hardware carrier for digital assets.

In May 2018, Tangem had launched pilot sales of physical Bitcoin (BTC) notes available in denominations of 0.01 and 0.05 BTC. This was aimed to significantly improve the security of owning and circulating cryptocurrencies, as well as make the whole process easier.

Tangem, with operations spanning Singapore, Hong Kong, Taiwan and several cities in China, is now taking its next big step in their mission to bring blockchain to people’s everyday life, by partnering with SBI.

Yoshitaka Kitao, the representative director, President and CEO of SBI Holdings, expressed their confidence in Tangem:

“The Tangem hardware wallet, which is highly secure and affordable, is an important tool to promote mass adoption of digital assets and blockchain. We believe utilising Tangem will help stipulate the demand for other blockchain services provided by SBI.”

Tangem has said in its official release that this money would be used to accelerate the deployment of its technology in other industries, where the secure storage and circulation of blockchain assets have the highest potential.

With the crypto space rapidly evolving, such hardware-software platforms which foster mass adoption of blockchain technologies looks to be a bright venue with immense potential.