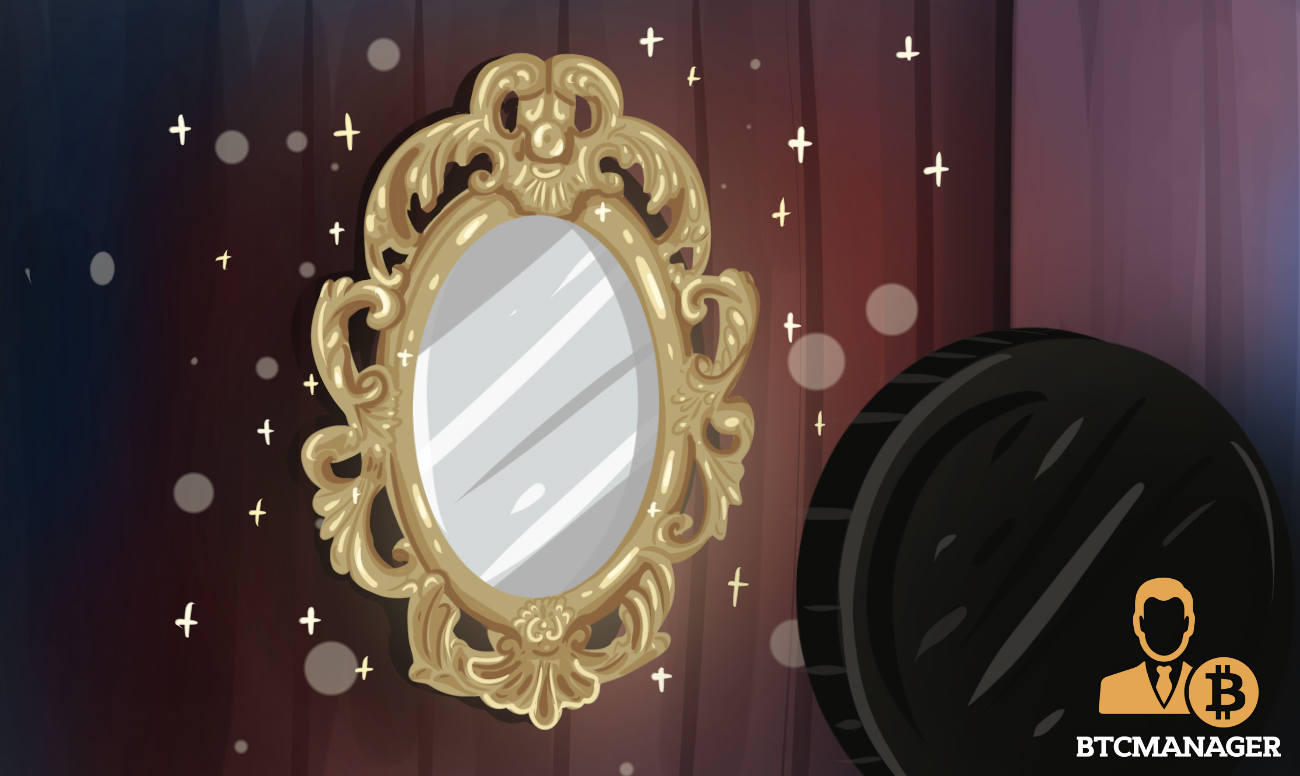 The term ‘stable coin’ refers to a cryptocurrency that has its value pegged to an asset that is unchanging in value. In the past, such digital tokens have mostly been associated with the US dollar, landing them at a valuation of $1. The main feature of stable coins is that their price remains stationary for the most part.

In the cryptocurrency market, where each digital token can lose ten to twenty percent of valuation in a single day, stable coins offer investors a place to take refuge from the surging volatility.

Besides their use as an investment tool, stable coins are also used as a fiat replacement for payments in some cases. This way, all the advantages of using a cryptocurrency are realized without the risk of volatility. This is an especially appealing use case to tourists or those transferring money internationally.

Traditional banking mechanisms typically impose massive fees and restrictions in such scenarios. While bitcoin and other cryptocurrencies are viable alternatives, the lack of price stability is a significant deterrent for many consumers and merchants.

Stable coins also allow cryptocurrency exchanges to offer increased liquidity. Many exchanges do not have enough resources to apply for a license that would enable them to support fiat currencies. To circumvent this restriction, they often implement a stable coin to offer pseudo crypto to fiat trading alternative.

Since there is a market for them, some stable coins have made their way to the cryptocurrency ecosystem in the past few years. While each one proposes the same ideology and, at times, even the same methodology, there is also simultaneously enough to separate them.

The following is a look at some of the most prominent stable coins in the industry and how they stack up against each other.

Tether, also referred to as USDT or USD Tether, is without a doubt the most famous stable coin that has ever been made available to the public. The company claims that every USDT token in circulation is backed by one USD, stored in its bank account.

Notably, though, there has been a lot of controversy surrounding this particular stable coin. For one, Tether has been criticized for its close affiliation to the cryptocurrency exchange Bitfinex. Many believe that this connection could lead to cooperation between the two companies.

Furthermore, to this day, Tether has never provided any proof that it is actually in control of billions of dollars. To put minds at ease, the company reportedly hired an external firm Friedmann LLP to conduct an independent audit on its fat reserves.

A mere month later though, the two entities mysteriously parted ways without disclosing any findings. This did not bode well for the coin and only further increased skepticism in the cryptocurrency community.

“We confirm that the relationship with Friedman is dissolved. Given the excruciatingly detailed procedures Friedman was undertaking for the relatively simple balance sheet of Tether, it became clear that an audit would be unattainable in a reasonable timeframe,” justified a spokesperson for Tether when asked why the partnership had been terminated.

Nevertheless, in June 2018, Tether released a transparency report in conjunction with Freeh, Sporkin & Sullivan LLP (FFS) “to review bank account documentation.” The auditing firm was allowed to snapshot the Tether’s bank account balance on June 1. According to the report published by FFS, the legal representatives confirmed that there was enough money to cover all USDT in circulation.

Like USDT, TrueUSD is another fiat collateralized currency. Pegged against the US dollar, each token is valued at $1 and is said to be backed by fiat currency. With a market capitalization of around $58 million, it is a long way off from challenging USDT as the stable primary coin. However, it does propose a few improvements over Tether’s model.

Firstly, TrueUSD is built on the parent company’s Trust Token Platform as an Ethereum-based ERC20 token. To ensure security, the coin’s creators have made sure that no single person or entity has full control over the collateralized funds.

This is partially done by using multiple escrow accounts at different locations to distribute the risk involved. The developers of TrueUSD are also not allowed access to these funds. This allows the platform to be autonomous and trustworthy.

The token’s official website explains how the escrow service works:

“To redeem USD, you pass a KYC/AML check, send the smart contract your TrueUSD tokens from a registered Ethereum address, and then the escrow bank will send you funds. This way, the TrueUSD system does not touch the funds, and the trust companies do all purchase and receipt of your money through escrow accounts.”

In the future, the Trust Token platform will also support stable coins involving other currencies and physical assets. The Euro, Bond and even Gold are all viable assets that can be used to back cryptocurrency tokens.

Unlike the other two stable coins mentioned on this list so far, MakerDao does not have a 1:1 collateral against fiat currency. Instead, it only uses the US Dollar to normalize its token’s value to a limited extent. Users can create Dai tokens by merely transferring a blockchain-based asset and locking it up as collateral. This can even be in the form of another cryptocurrency, such as Ethereum.

The platform is mostly an attempt to bring decentralization to finance. As a result, the tokens can be traded, borrowed and even used as leverage. In fact, autonomous borrowing is a critical component of the Maker platform and is essential to maintaining an economy around the token.

For instance, individuals in need of a loan can lock up some amount of Ethereum as collateral in exchange for a specific percentage of Dai tokens. Later, they can repay the borrowed amount to receive the collateral sans any fees.

From the Dai token white paper:

“Maker enables anyone to leverage their Ethereum assets to generate Dai on the Maker Platform. Once generated, Dai can be used in the same manner as any other cryptocurrency: it can be freely sent to others, used as payments for goods and services, or held as long term savings. Importantly, the generation of Dai also creates the components needed for a robust decentralized margin trading platform.”

MakerDao achieves its stability by using an algorithm to dynamically calculate interest rates based on liquidity and other factors in the market. This part of the system has relegated the title of “Maker.” It is also otherwise referred to as a “decentralized autonomous organization on the Ethereum blockchain.”

Vault, the Canadian-Swiss smart contract platform, announces that it has secured funding to launch USDVault, the world’s first 1:1 USD-pegged stablecoin backed by and redeemable for LBMA gold bullion stored in Swiss vaults.

The company’s talent includes top business school graduates and employers such as Yale, Wharton, JPMorgan, Morgan Stanley, Goldman Sachs and Deloitte. The USDVault token is set to launch in Fall 2018 with the goal of giving institutional investors and high net worth individuals a secure way to enter the cryptocurrency space.

The USDVault token is based on the Ethereum blockchain and is ERC20 compliant, with a fully audited and transparent verification and ledger system that is integrated with blockchain infrastructure.

Vault has a legal opinion stating that each USDVault token acts as an “evidence of a deposit,” giving investors the ability to redeem the tokens for $1 or its equivalent in gold.

Vault’s legal advisors include Bennett Jones, Gateway Law, and Argentum Law. The USDVault token can remain gold-price neutral and stay pegged 1:1 to the US dollar through a sophisticated gold hedging process conducted by its fiduciaries and financial partners.

USDVault takes a broader and more rigorous risk management approach, by including mechanisms that significantly mitigate financial and operational risks, such as uncertain legal and political environments.

Havven (HAV), an open-source blockchain project that enables payments across decentralized platforms through its stablecoin, nUSD, today announced its intent to launch on the EOSIO blockchain. Havven is currently operating on the Ethereum Mainnet, and as part of its EOSIO launch will airdrop 50 percent of the new HAV tokens on EOSIO to existing HAV holders on Ethereum.

Havven launched nUSD in June 2018 with the goal of being the first decentralized and scalable stablecoin. Havven uses a dual-token model to provide stability. HAV, a collateralized token backs the nUSD. HAV holders, who provide security, receive fees generated by nUSD transactions.

While there is no doubt that cryptocurrencies are here to stay, the cryptocurrency industry and community remain divided over the future of stable coins. Arguments against them are especially poignant when one realizes that past endeavors to establish a stabilized crypto economy have failed. Nubits, for instance, started out with a mission to offer tokens pegged at $1 each, but are now trading at $0.145 at the time of writing this article.

On the other hand, though, platforms like MakerDao established that there is a more practical approach available to the tried and tested stable coin formula. The availability of option between asset-based coins and algorithm-based coins also allows more people to stay within the crypto ecosystem.