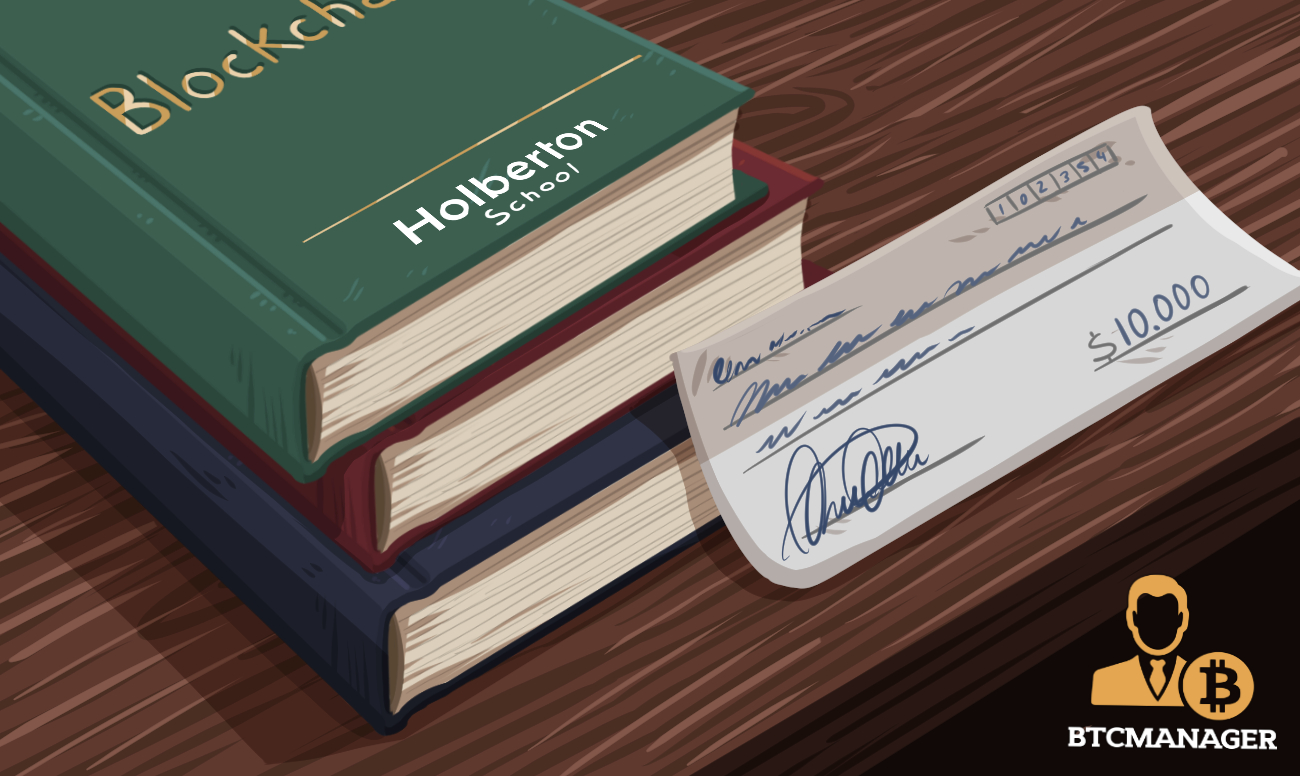 Nathan Pitruzzello, the co-founder of Scroll Network, recently showed his support for Holberton School New Haven by donating $10,000 in bitcoin (BTC) according to a January 7, 2019, report.

Scroll Network is a data storage and management platform that leverages in-house blockchain technology. The entrepreneur cited the schools “approach to providing cutting-edge software engineering training to people from different backgrounds, including entrepreneurs like [himself]” as the reason for financially supporting the institution.

The donation was made in bitcoin and will go towards helping students offset their living expenses while attending the two-year program.

Holberton School New Haven recently announced that it would be the first school to deliver certificates on the Bitcoin blockchain, reducing the risk of fraud and simplifying the verification process for potential employers.

“Every Holberton digital certificate will be issued in a secure environment, 256 bits encrypted private key and 2 factor authentication to access the interface that will generate, sign and insert the certificate into the Bitcoin blockchain, making the certificate’s content sealed and tamper-proof.”

Holberton also embraces other innovative practices, including the use of a blind application process that relies on technology to eliminate bias, and a tuition-free option that simply asks that students contribute a portion of their salary to the school for the first three and a half years of their post-Holberton employment.

Each of these schools is reportedly offering blockchain and cryptocurrency classes designed to help students prepare for careers in the burgeoning industry. Other schools like MIT, University of North Carolina, and University College London have launched a blockchain research initiative in partnership with Ripple, which donated $50 million to the initiative this past year.