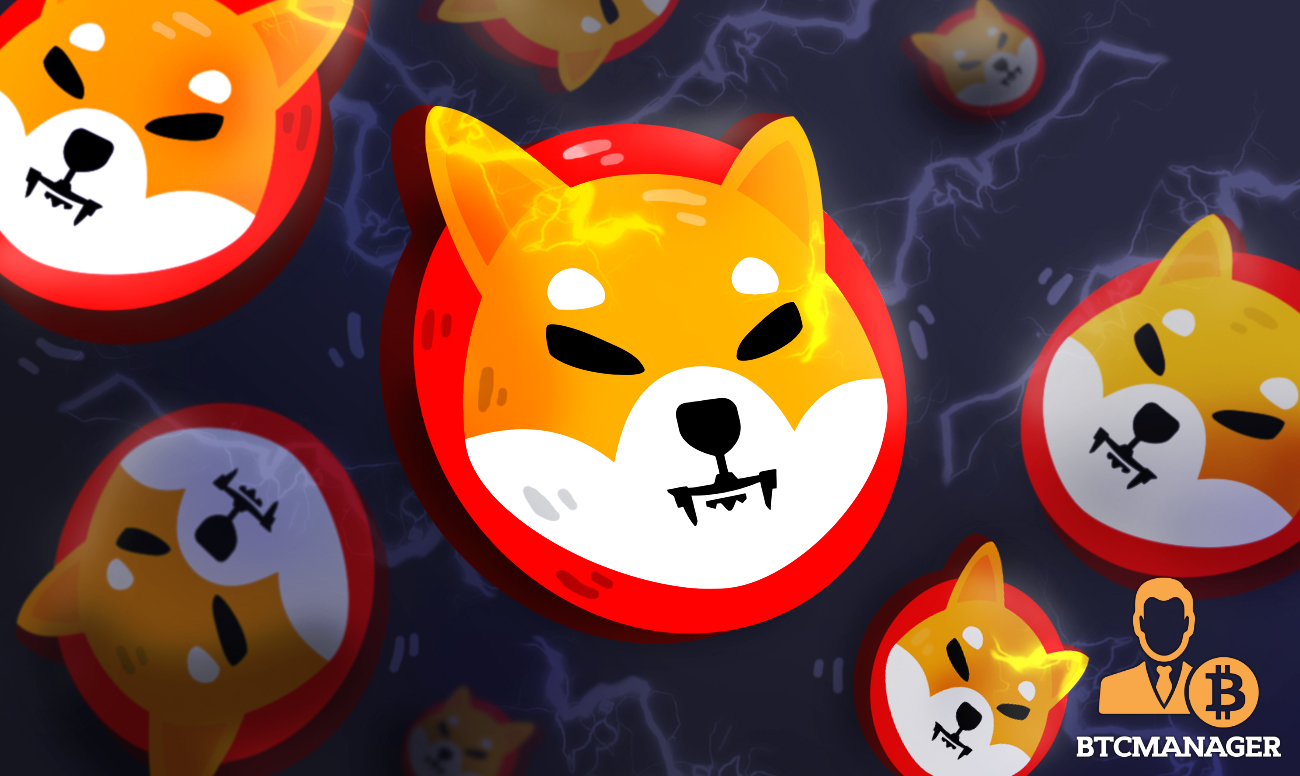 A new canine-themed meme coin has stepped up to challenge Dogecoin after emerging as a top 20 cryptocurrency by market cap.

The SHIB token, which is the first digital token to be listed on ShibaSwap, operates under the standard ERC-20 with a maximum token supply of about 1 quadrillion. The token has co-opted the name of the Shiba Inu dog breed that is now synonymous with DOGE.

ShibaSwap’s Token Trends on the Market

ShibaSwap’s native token has been taking the crypto world by storm over the past few days after soaring to new all-time highs on the back of a staggering 156% rally. In the last 24 hours, the number of SHIB holders grew to 283,500 after it picked up huge momentum.

The huge influx of investees seems to be partly attributable to social media influencers on popular Chinese websites such as WeChat and Weibo that have hyped up the token amid Chinese cryptocurrency circles.

As a result, SHIB has garnered astounding investment from Chinese traders. Data from CoinMarketCap shows that the meme coin is up over 65% over the past 24 hours to trade for $0.00003109 during press time.

The SHIB token is riding the dogecoin phenomenon and has just secured fresh listings on popular exchanges among Chinese users.

On May 8th, OKEX became the first major exchange to list the meme coin for spot trading, followed by Huobi. A few days later, Binance exchange launched trading in the Shiba Inu’s SHIB token, causing the price to almost double on the Huobi exchange.

The decision by Binance to offer the canine-themed token was criticized by some crypto users, who raised questions about the legitimacy of the project. However, Binance CEO Changpeng Zhao defended the move, claiming that his exchange follows users.

“There is a large number of users demanding it, to the point where we ran out of ETH deposit addresses due to SHIB today. Never happened before for any other ERC20 coin. Not endorsing it. Super high risk. NFA,” Zhao tweeted.

The sudden popularity of SHIB, along with other “vaporwave projects” such as DOGE and SafeMoon, is worrying crypto analysts who warn that the crypto industry is replete with scams.

For instance, economist Michaël van de Poppe lamented that projects like SHIB threaten to take away the spotlight from the decentralized future he and others are trying to build. The respected crypto analyst predicted that 90% of investors “will lose money on it.”

SHIB Taunted as a “Dogecoin Killer”

The new obsession with the Shiba Inu coin shows the extent to which the recent DOGE frenzy has spread to crypto investors around the world.

SHIB shares several similarities with DOGE, as both tokens are considered “meme” cryptocurrencies that apparently enjoy strong support from their respective communities.

According to the official Shiba Inu website, SHIB is a “spontaneous” community project that has the potential to be a “Dogecoin Killer”. The anonymous SHIB developers claim that their token’s price “can remain well under a penny and still outpace dogecoin.”