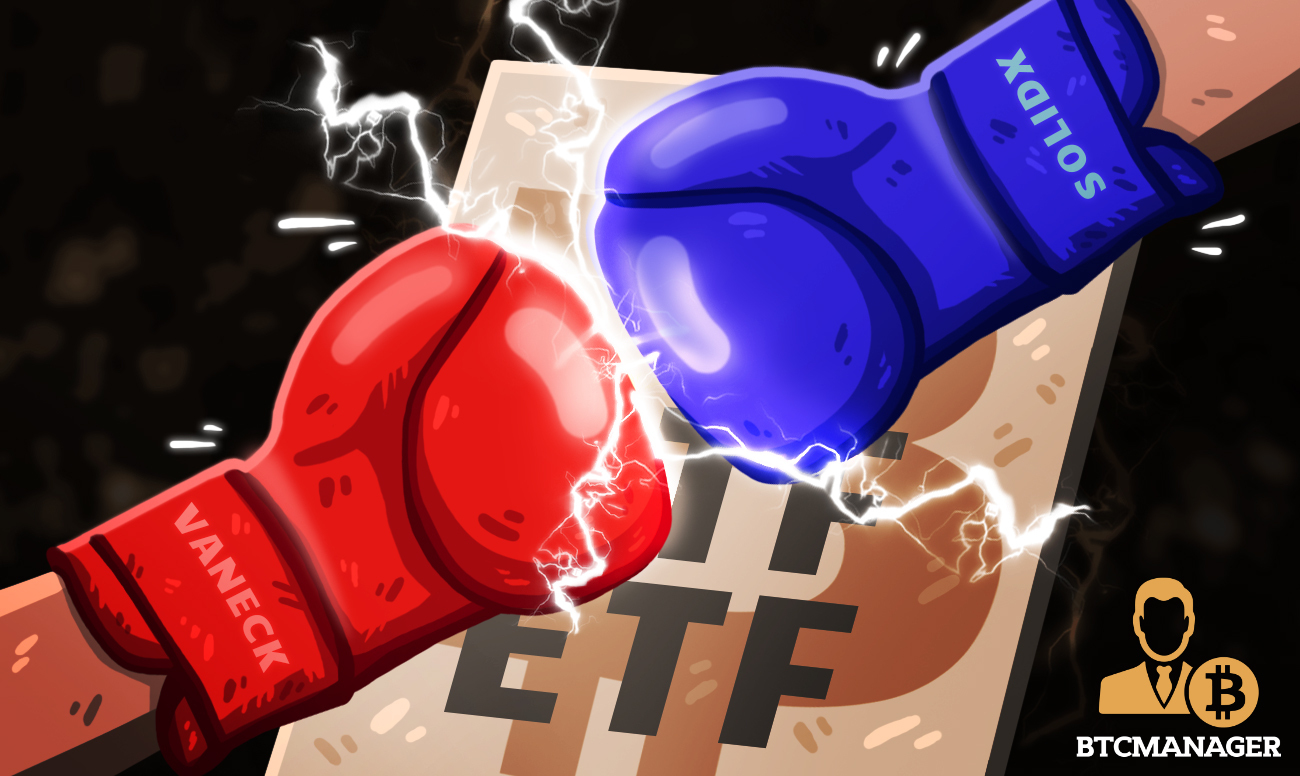 According to Law360, SolidX has filed a lawsuit against VanEck, accusing the asset management firm of using its technology to file a Bitcoin ETF after cutting ties with the company. The SolidX – VanEck Bitcoin ETF application was among a raft of filings rejected by the SEC between 2018 and 2019 as several firms sought to bring a BTC ETF product to market.

For SolidX, the crux of the complaint lies with the company’s accusation of bad faith practices by VanEck. According to SolidX, VanEck terminated its business relationship only to go ahead with a fresh Bitcoin ETF filing barely four months after the dissolutions.

The blockchain startup says not only did VanEck act in bad faith in its termination but it also went ahead to offer a product that is a direct competitor to the previously planned offering of the partnership. Commenting on the alleged plagiarism, the SolidX complaint reads:

“Using SolidX’s work and work product to compete with it is bad enough, but the registration statement VanEck filed would be called plagiarism in any other context: the structure of VanEck’s proposed bitcoin ETF is substantively identical, or virtually so, to the structure for which SolidX sought SEC approval”

For SolidX, VanEck’s actions constitute more than a breach of contract but an attempt to negatively impact SolidX’s business, the complaint alleges. According to SolidX, VanEck had little or no Bitcoin expertise prior to its collaboration with the firm.

What Next for Bitcoin ETFs?

With Jay Clayton stepping down as the SEC chairman, there appears to be renewed hope for a favorable ruling for future Bitcoin ETF applications. Clayton was a noted critic of BTC ETFs arguing that the market was not mature enough for an ETF product citing price manipulation among other issues.

Outside ETFs Bitcoin derivatives continue to be on a tear with record trading volumes occurring regularly across both the futures and options markets. On Monday, the Bitcoin futures market topped $170 billion in trading volume for the first time while options crossed $2 billion amid a significant decline in the spot market.