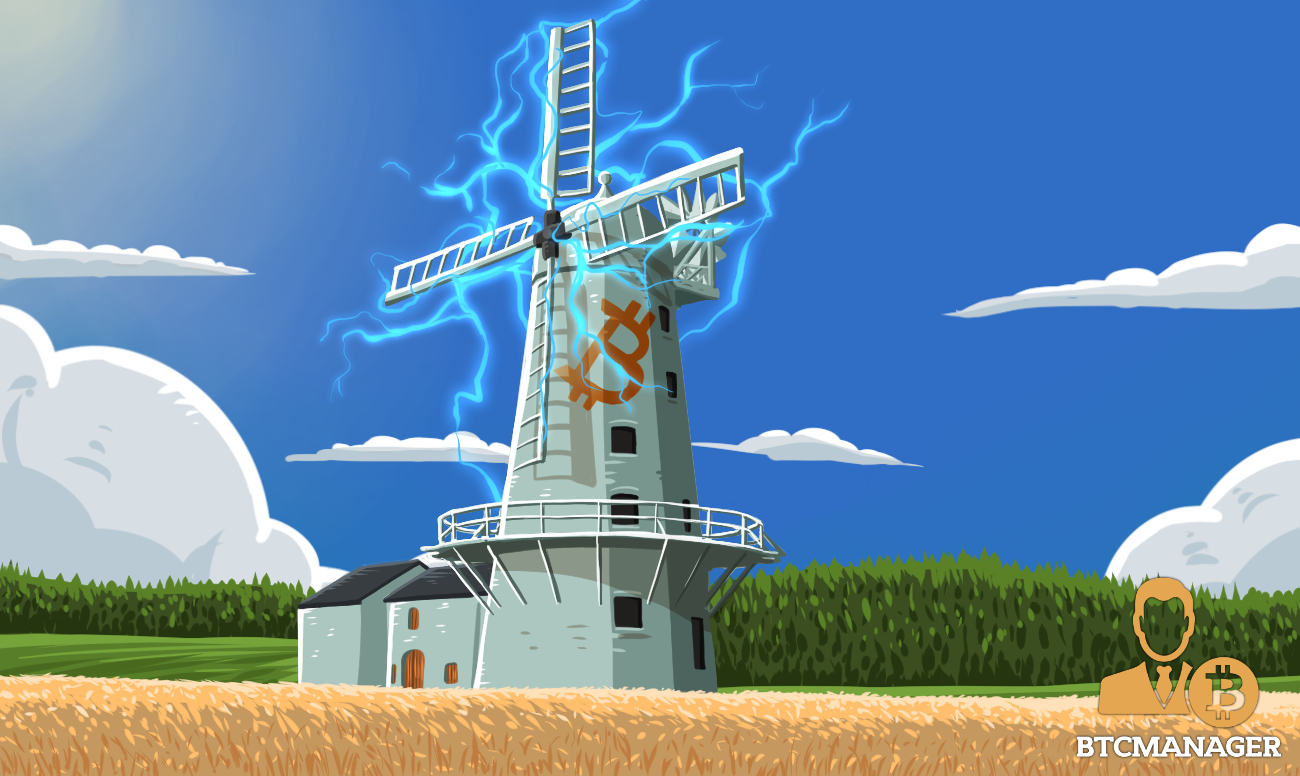 As Bitcoin mining operations ramp up worldwide the electrical cost of mining is drawing the ire of municipalities and environmental groups alike. However, Soluna is looking to offset the carbon footprint of mining Bitcoin through its wind power plant in the Sahara Desert.

Current estimates put bitcoin mining power consumption at around 2.55 gigawatts, which means that the network uses almost as much energy as the country of Ireland. With the exponential increase in mining operations and thousands of Bitcoins still to mint, the problem is only growing.

A company called Soluna has developed a 37,000-acre wind-farm in Morocco which will be able to develop a capacity of 900 megawatts of power capacity. The site began around nine years ago, though the process stalled under previous ownership. Soluna aims to build 36 megawatts of capacity by 2020 with an aim of creating all 900 megawatts in the next five years. This will create a cheap renewable power supply for Bitcoin mining.

Soluna is banking on the fact that that mining cryptocurrency will continue on into the future. At the moment, the only way to make a profit in a mining operation is to lower the variable cost of electricity in the system.

According to CEO John Belizaire, he believes that Soluna’s “vertically integrated” mining model will be a less carbon-intensive way to maintain operations. On top of this, he hopes that Soluna will be able to fund other renewable projects with the profits generated from crypto mining.

Crypto mining operations generally move to the places where electricity is incredibly cheap. Miners in certain regions of China can purchase electricity at around $0.03 per kilowatt-hour.

To benchmark this, the average price in the United States is $0.13 per kilowatt-hour. However, miners often find themselves legislated out of regions with low electricity costs, like Iceland, and the U.S.-Canada border.

If the company is successful this could mark a paradigm shift in lowering the price of Bitcoin mining. However, it should be understood that while Soluna is using renewables to mine for cryptocurrencies, this doesn’t reduce the carbon footprint of Bitcoin mining as a whole.

This has the potential to provide a workable alternative to fossil fuels while maintaining a low price point. For Soluna to bring down the environmental impact of crypto mining it will have to convince other operations that wind power is the future of mining Bitcoin.