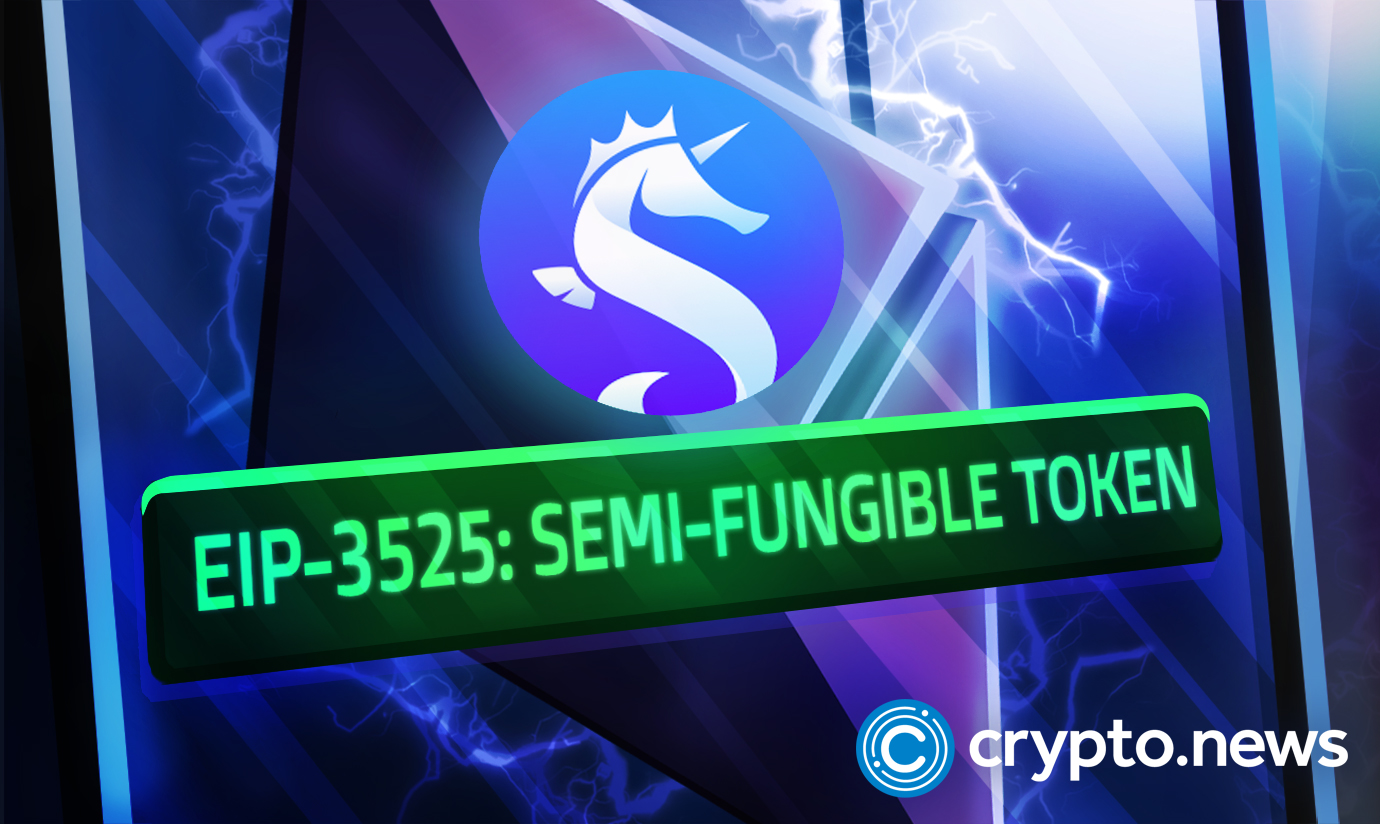 At the end of last year, Solv Protocol, the creator of financial non-fungible tokens (NFTs), unveiled the Initial Voucher Offering (IVO). By implementing this change, the company became the first Web3-based project to incorporate the idea of the semi-fungible token into the Decentralised Finance ecosystem. The standardized draft of ERC-3525’s decisive exposure period ended on September 3 of this year, signaling the end of the company’s implementation of the document.

ERC-3525 will be the first token standard authorized after Ethereum’s update. It will represent semi-financial bonds that can be used for investment products like bonds, insurance policies, and pension plans. Today, ERC-3525 got approved. The ERC-3525 span is larger than the majority of small protocols.

ERC-3525 tokens are a unique asset class that operates on par with ERC-721 and ERC-20 tokens. Currently, it is for sale for millions of dollars. ERC-721 launched a non-fungible token market in 2018, and the value of those NFT assets is close to billions of dollars. Due to their similarity, it is easy to exchange fungible tokens.

We can directly connect this phrase with the actual, world-based price units like common stocks and money. When Ethereum was launched in 2015, Vitalik Buterin, the system’s creator, proposed implementing fungible tokens through smart contracts. Fabian then put forth the ERC-20 specification in November of the same year. ERC-20 assumed that position as the most well-known and widely-used protocol for digital tokens in the following year, igniting a multibillion-dollar enterprise.

How Do The NFTs Differ From FTs?

The non-fungible tokens (NFTs) are different from FTs in several respects. They are all distinctive and possess distinctive qualities. The difference between fungible and non-fungible tokens is that the former stand for notional amount units, while the latter for actual digital goods like video gaming gear, music, domain names, electronic artwork, etc. Each NFT has a separate ID based on the deal’s serial number, address, and metadata to denote individuality.

William Entriken and three others developed ERC-721, widely regarded as the gold standard for non-fungible tokens, in January 2018. The first three years following the non-fungible token company’s launch were possible of unclear backing. Up to the previous year, the development of the crypto arts allowed the NFT business to grow quickly. Up to $36 billion in non-fungible tokens were incorporated in the first five months of this year.

Evaluations reveal that the semi-fungible token can be split, calculated, and combined easily and flexibly. The ERC-3525 standard is intended to develop a wide range of novel capital assets, such as asset-backed securities, fund shares, insurance and swap agreements, futures and options agreements, bonds, exchange bills, deposit certificates, and so on. These coins have the same adaptability as fungible tokens because they are simple to calculate, merge, and divide.