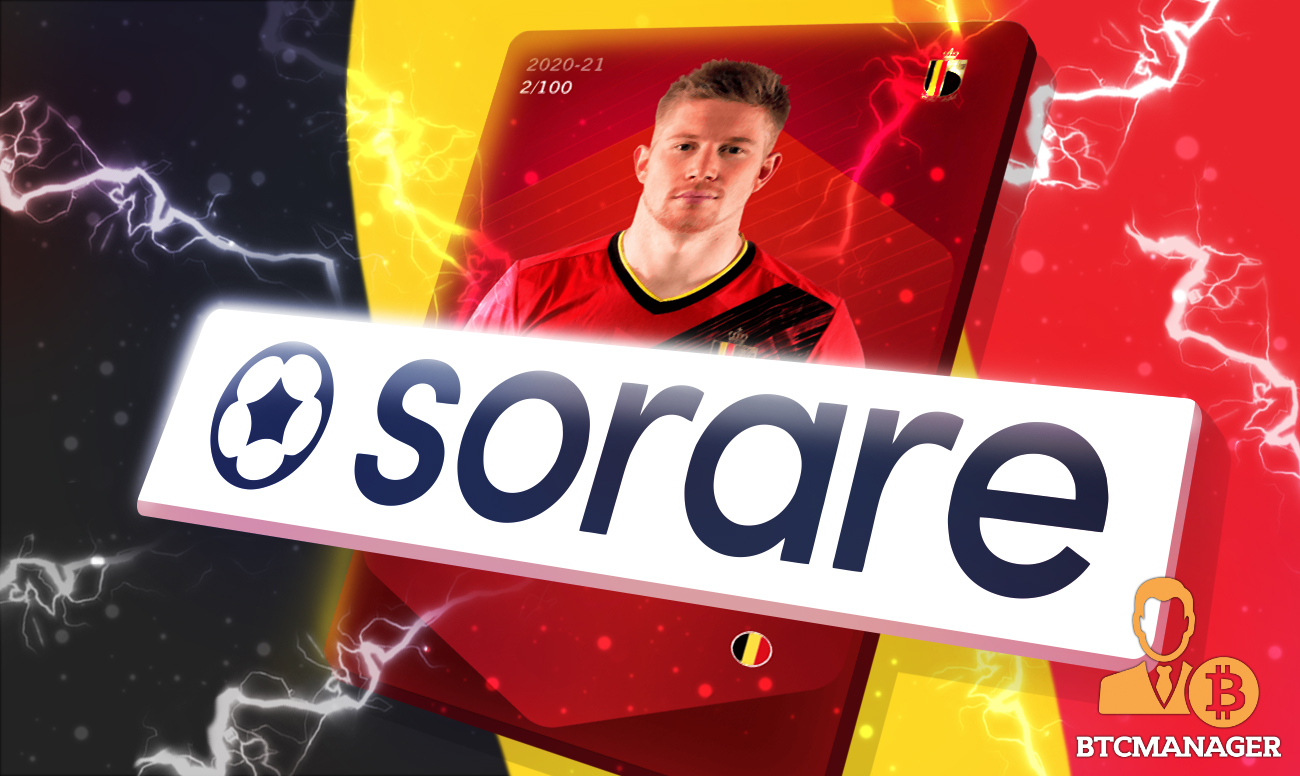 The Euro 2020 fever is on. Ahead of their clash with Portugal on June 27, Sorare is now auctioning cards of Belgian star players, including those of the prolific Romelu Lukaku and Eden Hazard—footballing maestros of Inter Milan and Real Madrid, an update on June 25 reveals.

For football fans who want to have more than enjoying the thrills of the epic Euro 2020 tournament, they can scoop any of the latest NFT cards of any of the Belgium Red Devils golden generation of stars for an opportunity to enterprise on their live performance, earning profits.

Notably, the ongoing Euro 2020 is an opportunity for football fans to scout and pick the best out of the lot.

The current odds tip the Belgian Football team to emerge as winners. They cruised through the group stage, defeating Wales and, earlier on, Croatia, who reached the finals of the 2018 World Cup.

It will be interesting how Sorare cards of Belgian footballing stars perform in the current competition.

What is clear is that the team performance thus far is encouraging.

The value of purchased cards would increase as the team progresses through the following stages.

If Belgium breezes past Portugal and qualifies for the Quarter Finals, card owners will profit.

More Profits for Fans if Belgium Becomes Champions of Europe

The support of the Belgium Red Devils could only be the start for Sorare. They have established themselves as a premier football fantasy playing platform integrating NFTs.

All of their cards are digitally licensed and don’t, in any way, infringe or clash with imaging rights.

However, what differentiates Sorare from traditional boards is the ability of the fan to own the piece with established provenance on the blockchain.

Boasting support from gaming giants like Ubisoft and partnerships with over 100 footballing clubs, Sorare’s decision to strike a deal with possibly would-be European champions is strategic.

As the team progresses, there is an opportunity for profits and more thrill thanks to technology done fairly in the spirit of sportsmanship.

With the Belgian football teams’ track record in academy success, it is the best time to register and scout for potential players whose value will likely surge later in their professional career. By signing up, players stand a chance to win a random NFT card from the Belgium national team.