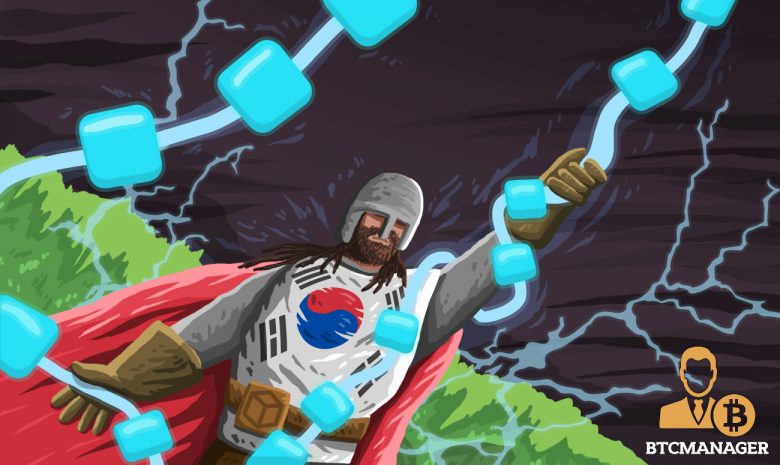 South Korea’s Ministry of Science and Information Communications Technology (ICT) has vowed to increase Government funding and support for the nation’s blockchain companies. According to Business Korea’s article published on September 21, 2018, the Government’s decision to boost support was to assist blockchain startups with current challenges and help drive growth to domestic blockchain industry.

The South Korean Government was keen to communicate with blockchain-related companies as they were one of the primary 10 ICT sectors related to the Fourth Industrial Revolution. The founders and entrepreneurs that attended the meeting discussed a range of ideas concerning blockchain technology, from improving existing services to implementing stronger and more robust regulations for the industry.

It was during the meeting that Min understood the difficulties and to promote the blockchain industry aggressively the entrepreneurs and founders of blockchain-related companies were going through.

The Government opted for a closed-door meeting because they wanted to hear the difficulties the industry currently faces without making any specific adjustments. They wanted a candid opinion from the industry and believed that a conversation with a small group would enable them to understand specific issues in more detail.

The participants also reviewed and assessed the blockchain-related projects that the South Korean Government plans to run as they expand the blockchain market and boost public services. These include using blockchain technology in customs clearance, property transactions, and outlining the history of cattle.

“Because there is no significant blockchain technology gap between South Korea and the other countries, it is a good opportunity for South Korea to lead the industry,” said Min Won-ki, the Second Vice Minister or Science and ICT. “The Government will actively back domestic companies to help them lead the global blockchain market.”

The Ministry of Science and ICT mentioned earlier in June 2018 that they had a blockchain technology advancement strategy and wanted to explore different ways to regulate the emerging technology.

Following the announcement, Min stated on June 20, 2018, that the Government was keen to aggressively promote the blockchain industry. Business Korea however, expressed concern and skepticism as to whether the Government can provide a reliable and robust regulatory framework for the country.