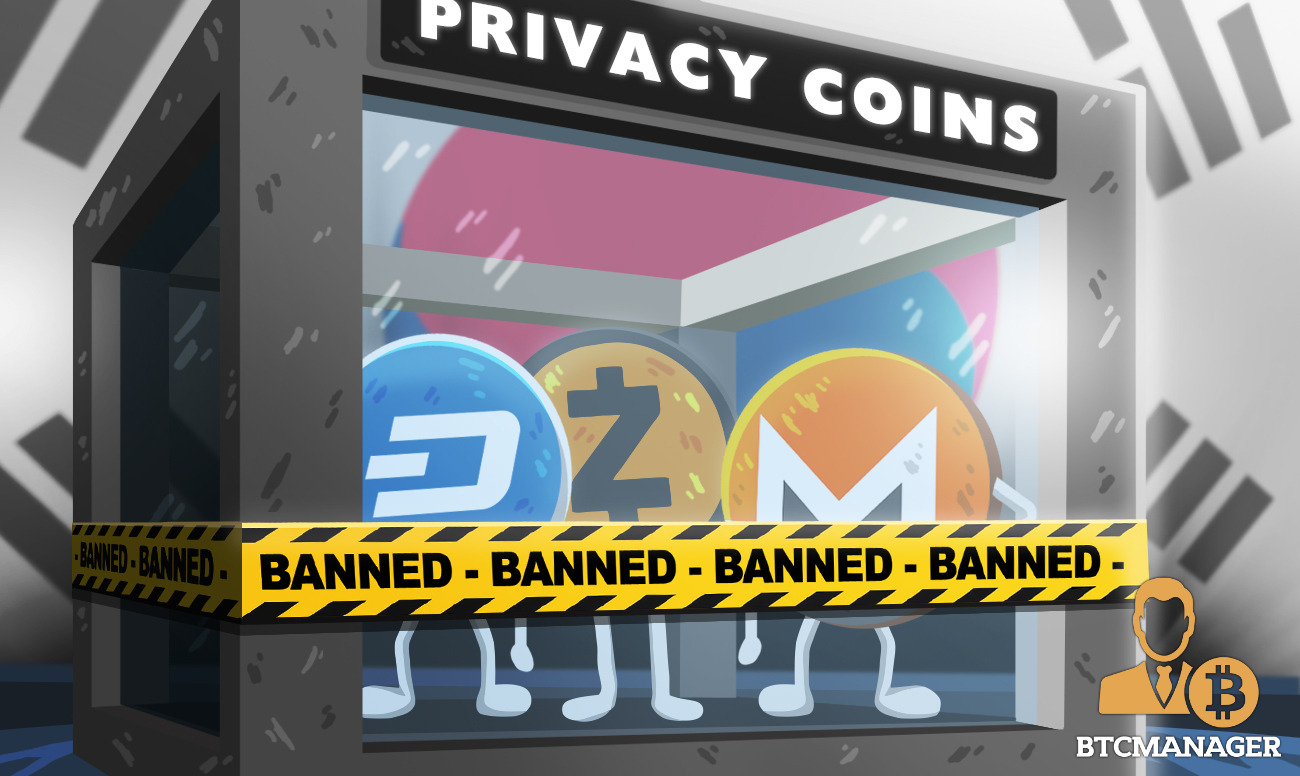 According to a report by Asia Times, the South Korean government has decided to go ahead with the plan to ban all privacy-focused digital currencies as part of its drive to prohibit money-laundering in the country.

Per the report, coins such as Monero (XMR), Zcash (ZEC), and Dash (DASH) will no longer be allowed to be sold on crypto exchanges after March 21, 2021.

For the uninitiated, privacy cryptocurrencies are those digital coins that add an extra layer of anonymity to transactions to make it difficult to trace the parties involved in the transaction.

The South Korean regulator, the Financial Services Commission (FSC) noted that the regular use of privacy-coins such for ransomware attacks and money laundering were the chief reasons which prompted the regulator to ban them.

It is also worthy of note that the new act will essentially augment the existing Special Payments Act, an exhaustive digital currency regulation act passed earlier this year in March.

“Most mainstream crypto coins, such as bitcoin, are not completely anonymous: at the very least they make public the wallet addresses involved in the transaction as well as the amount. Law enforcement can track these transactions back to crypto exchanges, where the wallet holders can potentially be identified either by the email address they used to register the exchange account or by using personal identification to open it.”

“The privacy coins add a third party process that hides these transaction records, effectively making the parties involved totally anonymous and also making it extremely difficult for law enforcement to track them down.”

While financial watchdogs across the world are slowly warming up to premier cryptocurrencies such as bitcoin (BTC) and ether (ETH), it would seem there is still a long way to go for them to embrace privacy-focused cryptocurrencies.

As recently reported by BTCManager, non-custodial crypto exchange ShapeShift recently announced that it was de-listing XMR, ZEC, and DASH to de-risk itself from a regulatory standpoint.