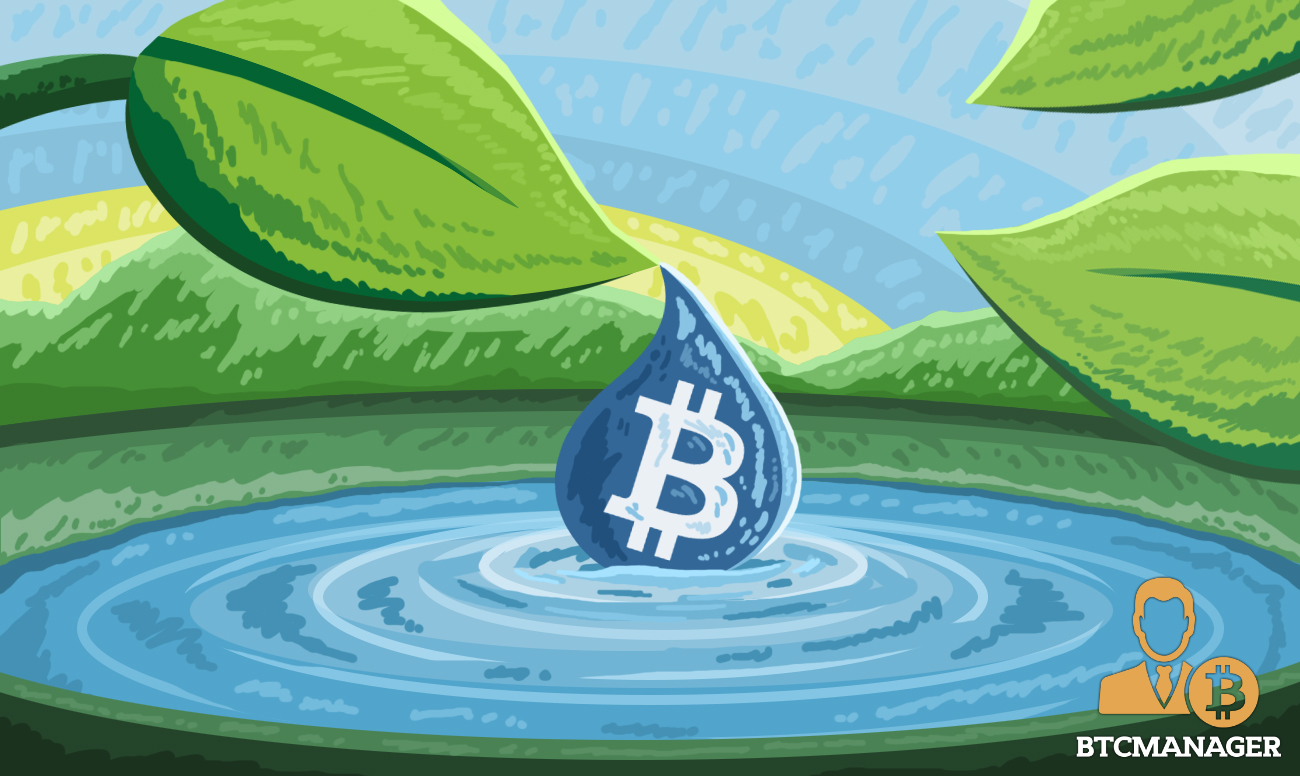 Bitcoin ushered in a new class of asset in 2009, but nowadays, the novel financial instrument has reached somewhat of a peak with its popularity skyrocketing as never before. This growing interest increasing acceptance has also paved the way for several research studies on the subject. On April 23, 2018, a study uncovered a strange similarity between bitcoin transactions and the structure of swirling liquid.

The study, which was performed at Stanford University, found a strange connection between the digital currency network transactions and natural processes. According to the study, these findings may help validate and streamline procedures in the developments of drugs, and even help explain a new theory for the universe.

Transactions on the blockchain are encrypted using a complex mathematical sequence called the cryptographic hash. According to Gilpin, these hash functions operate by mathematically changing the digital information contained in a unique cryptographic output key that protects the input.

Similar to that, Gilpin argues that the principal laws ruling swirling liquids behave much the same way. The study begins with the following introduction:

“An essential component of digital communication is hashing, in which a complex piece of information (a document, video, etc.) is mathematically transformed into a unique signature that can later be used to identify the original piece of data. Here, we show that this process bears a strong similarity to the chaotic behavior of certain types of flows observed when ordinary fluids mix, such as the stirring of dye into water. We use this analogy between rearranging information and stirring a fluid to construct a fluid-based hash function with comparable properties to traditional algorithms.”

After using a principle called chaotic mixing, Gilpin found that the equations involved in mixing a fluid and a cryptographic hash function bared strong similarities.

“I wasn’t expecting it to perform that well. When it looked like it satisfied every property of a hash function I started getting really excited. It suggests that there’s something more fundamental going on with how chaotic math is acting.”

Hash Function as a Universal law

The finding may indeed be helpful as it can help develop new and more secure ways of protecting information. Besides that, it can also be used to improve the development of drugs that require mixing several fluids at specific points in time. Gilpin explains that the dynamics of a hash function is very similar to the dynamics of swirling liquids, which is advantageous insofar as it decreases the margin of error.

“If you don’t form the correct arrangement when you’re done, then you know that one of your processes didn’t go right. The chaotic property ensures that you’re not going to accidentally get a final product that looks correct.”

Gilpin also concludes that the study also shows that cryptographic computations seem to be part of a universal law as they exist not only in the digital world but also in nature.

Gilpin explains that “Something as ordinary as a fluid is still performing computations. It’s not something only humans tell computers to do. It’s something that nature does, and it shows up in the structure of how things form. Having an actual physical model and showing that this is a naturally occurring process might open up new ways to think about those functions.”