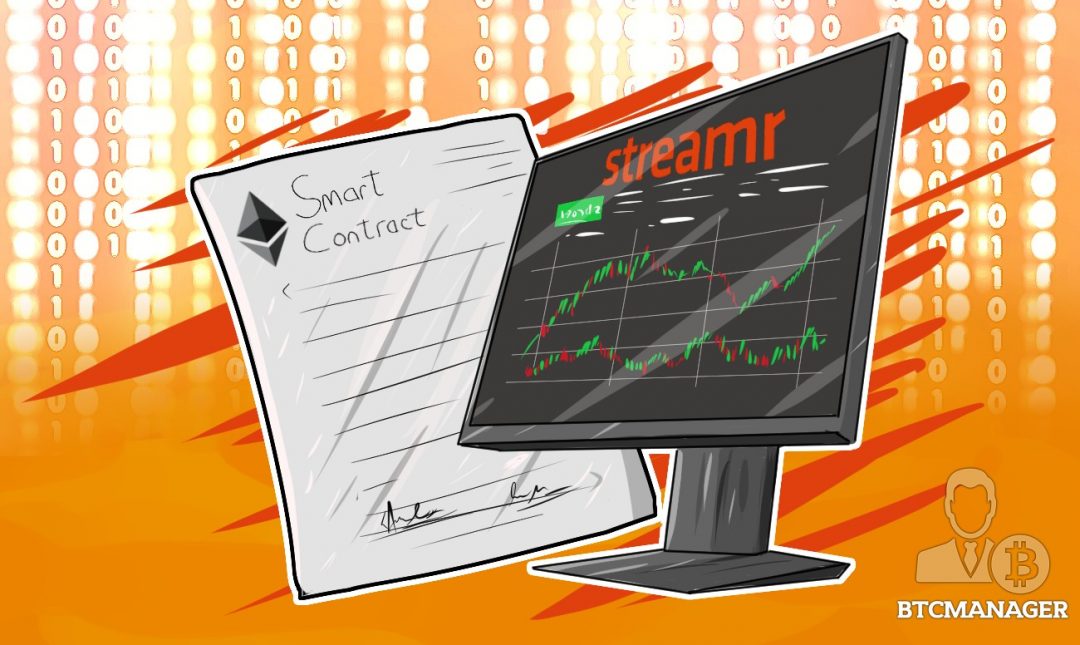 Streamr is a platform which runs your real-time analytics in the cloud. It is a cloud-based platform that reacts to events in real time data streams. The company is an expert in scaling up processes and can redistribute almost anything you can throw at it; millions of events, thousands of different data streams, complex events, and large numbers of users.

The company started a new project where they use the Ethereum blockchain technology to develop an application that shows in real time the US Stock Exchange Price ticks.

Streamr devs, have great expectations for the blockchain technology and are extremely concerned about the future of the blockchain ecosystem. Their concerns are mainly centered on how will data be shared. So that’s why they are looking to develop a decentralized immutable record of data from a variety of sources, much like like the stock exchanges, social media, and the Internet of Things. Their plans are to do this by integrating the information with a specific blockchain. To do this, Streamr started to test a new ethereum application which uses the US stock exchange as a demonstration.

On its blog the Steamr team states:

“Decentralized data feeds are a new and exciting frontier, and we could not be more thrilled that the state of working technology already allows us to get this far!”

Before performing this recent stock market test, the startup also made sure to leave good impressions by showing another use-case for integrating real-time data with blockchain technology. They had done this at EDCON in Paris, France, in March 2017 when Henri Pihkala, the Streamr founder, presented a successful demonstration using EDCCs to connect a Helsinki public transport system to the Ethereum platform using specially developed Streamr tools.

The team made sure to post all the details on a blog in the Streamr Blog page. So here’s how this recently developed application works: it works by directly adding a small fraction of stock market data (S&P 500 Index stocks) onto a specific blockchain, and its executable distributed code contract (EDCC) aggregates the information into 15-minute open, high, low, close by stock symbol. After that, the EDCC then sends the data to the Rinkeby testnet and posts it in a single transaction to reduce spam. The developers kept the data pool small in this demo due to constraints, namely excessive gas costs, and lack of blockchain scalability.

Streamr’s most recent securities exchange exhibit gives another unmistakable look at how decentralized information transmission may discover future applications. In addition, Streamr engineers concede they have not touched the most superficial layer. Ethereum’s various conventions and multi-chain scaling plans presently can’t seem to be investigated by the Streamr group.

Streamr connected to the Helsinki live data stream and visualized the data on a city map that contained the position of every tram. Next an EDCC, dubbed “PayByUse,” disbursed payments in Wei (the smallest increment of Ether) for every ten metres traveled. The pay-by-use demo, which was deployed in about five minutes, cultivated positive interest and feedback.

Prior to the Helsinki cable car case, Streamr engineers were uncertain with the way in which their stage would come to fruition. It was late in 2016 when the blockchain group started to thrive in Helsinki and when utilization of the Ethereum blockchain started to happen. The Streamr designers discovered parts of Ethereum, (for instance: its decentralized and trustless nature, the Ether as gas and changelessness of data) to be in accordance with their objectives, and settled on the choice to work on the Ethereum demo.

Streamr’s roadmap includes a joint effort with Oraclize, which is a data carrier for decentralized apps. This partnership will enable EDCCs to access Streamr’s data on with blockchain interoperability.

With the advent of blockchain technology, big companies are stepping in, hoping they are still on time to pick the train. Ethereum is now having its momentum and everyday more and more projects are being developed. In due time it will conquer all the financial industry and become the rule!