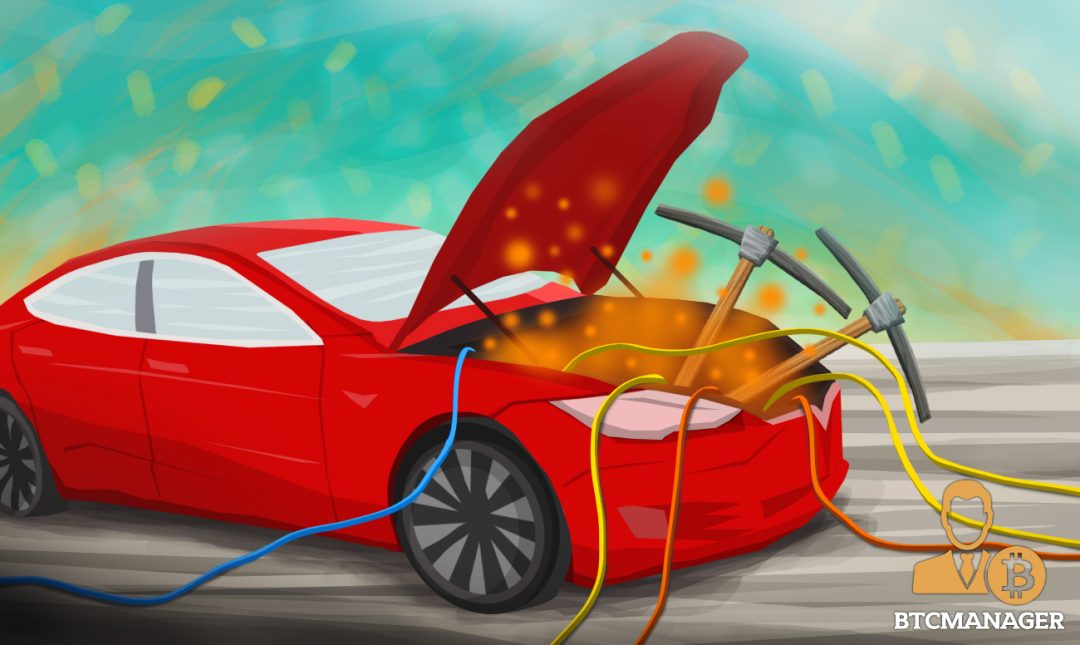 As bitcoin continues its rapid ascension, mining for it and other cryptocurrencies have received increased attention. These mining practices, however, struggle to gain profitability due to their energy demand. Often you find a scenario where electricity expenditures are higher than that spent on Bitcoin.

While creating a cryptocurrency mining machine that doubles as a heating unit is an interesting proposition, one innovator who happens to be a Tesla owner has introduced a whole new disruptive approach to this conundrum. Having found a way to fit a legitimate mining rig inside of his sleek Model S, this user is now using free power from Tesla’s Superchargers to keep his mining operation running. It is certainly an intriguing and lucrative proposition, to say the least.

Word of this innovative approach went viral after the inventor shared images of his workup on the Tesla owners Worldwide Facebook group. It was here where another member of the group originally suggested the idea of placing the mining equipment inside the Model S in order to mitigate large energy bills by tethering to the Supercharger network. The user obviously took it to heart and jumped on the idea.

For those unfamiliar with crypto mining, one common issue with mining is that it requires a massive amount of computing power; which can lead to high electricity bills. As a result, miners are continually seeking more environmentally friendly, cost-effective solutions to this knotty problem.

While an intriguing idea, many in the mining world would likely attest that outfitting one’s Tesla with crypto-mining equipment may not be the sharpest idea. This is because the monthly income one could generate by way of running it this way likely would fall short of the average monthly lease for a Model S. And of course, all of this assumes that the owner is enrolled in one of Tesla’s free Supercharger programs.

While the owner might eventually pay for the Tesla through the proceeds, they would likely have to keep it running 24-7 to generate those types of returns. This also assumes that Tesla will keep its Superchargers free; a notion of which according to some reports is not guaranteed.

And let’s not forget that the heat generation by the GPU also needs to be factored in. It could practically turn the vehicle into a sauna.

While all of this is a cool experimental thought for all Tesla owners that happen to be in the bitcoin space, the likelihood of this becoming common practice is unlikely. One other factor; this “electricity loophole” is something Tesla no doubt has their eye on and would likely want to prevent if more people catch on.

This collision between Tesla and crypto mining is probably worth keeping an eye on though as this luxury car brand has certainly received a great deal of attention of late. And as bitcoin continues its explosive rise in value, miners are only going to more intrigued with end-arounds to the energy issues involved in generating it.