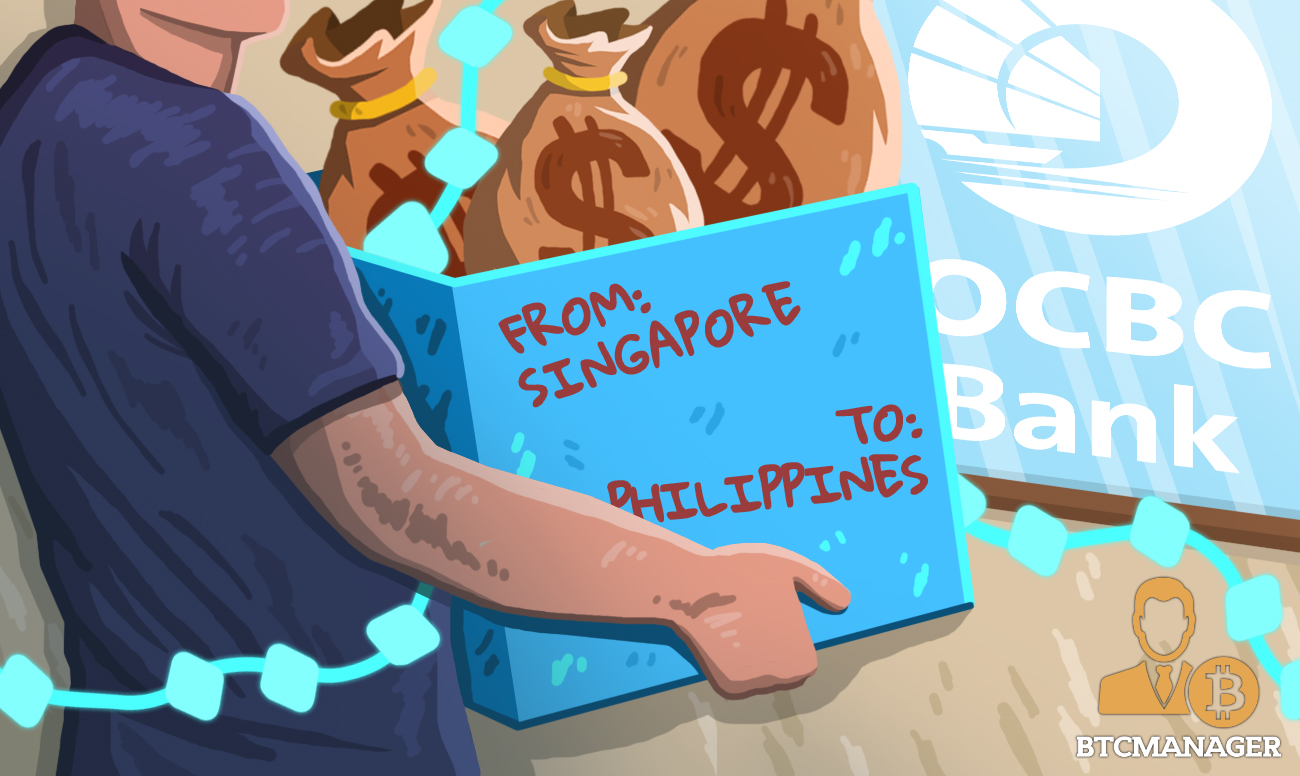 Union Bank of the Philippines has joined forces with OCBC Bank of Singapore to facilitate a cross-border transfer from Singapore to the Philippines using the Ethereum-powered Adhara liquidity management, and international payments platform its (Unionbank) proprietary i21 platform, reports local news source Fintech Singapore on July 23, 2019.

Per sources close to the matter, Union Bank of the Philippines, a regulated financial institution, has partnered with Singapore’s OCBC Bank to pilot a blockchain-based remittance payment from Singapore to the Philippines.

Reportedly, the initiative which is in line with the government’s push for financial inclusion for all Filipinos used Unionbank’s tokenized fiat and its UBX i2i platform as well as the Adhara solution to remit from OCBC Bank in Singapore to an account holder at Cantilan Bank in Surigao del Sur.

According to the team, banks in the rural areas of the Philippines still have limited access to financial networks and it takes from five to seven days for overseas remittances to get credited to the beneficiary’s account

While non-bank remittance counters which often requires in-person transactions on the sending and receiving ends facilitates international transfers in a much faster way, the fees are however to high for some.

The i2i and Adhara Advantage

The i2i blockchain-based solution is a banking-as-a-service platform that facilitates connectivity between rural banks and Union Bank, making it possible for financially excluded banks in the rural areas to have access to value-added services.

The Adhara platform, on the other hand, allows banks to settle payments in real-time in a cost-efficient way by tokenizing money and smart contracts on a permissioned Ethereum distributed ledger.

According to Melchor Plabasan, Officer-in-Charge at the Technology Risk and Innovation Supervision Department of the Bangko Sentral ng Pilipinas (BSP), the nation’ central bank, said that the financial institution will keep experimenting with and integrating blockchain technology into its operations to eliminate friction in payments and remittance.

Also commenting on the matter, Sopnendu Mohanty, Chief FinTech Officer of the Monetary Authority of Singapore (MAS) revealed that the agency has been experimenting with DLT for payments since 2016, adding:

“We are excited to see this potential being realized, with cross-border payments that are cheaper, faster, and safer through the i2i network.”