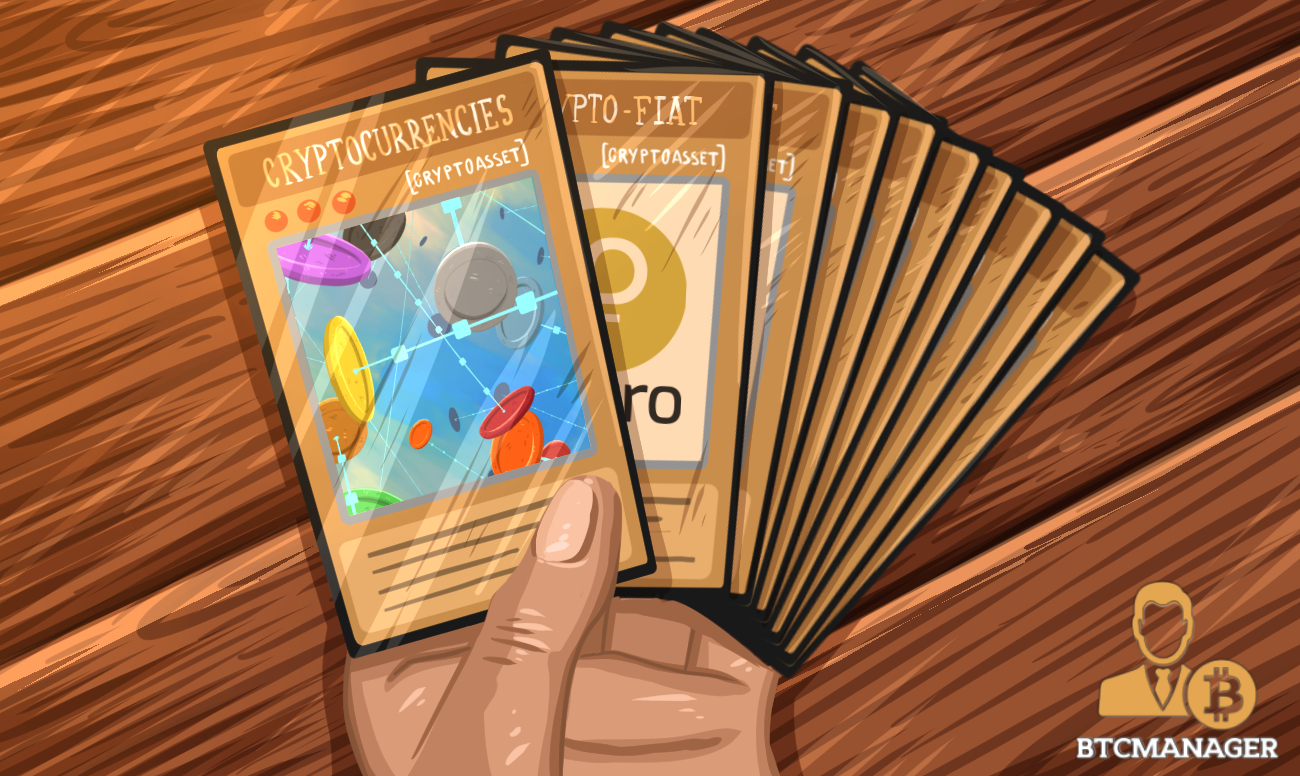 Since the creation and release of Bitcoin by Satoshi Nakamoto nearly a decade ago, quite many blockchain developers have been inspired by the success of the pioneer cryptoasset and have gone ahead to create several cryptoassets that fall under categories such as utility cryptoassets, security cryptoassets, and others we shall shed more light on shortly.

Did you know that after the launch of Bitcoin on January 3, 2009, it took another two years for other cryptoassets such as Litecoin, Namecoin, SwiftCoin, and a handful of other altcoins to join the digital assets world? Additionally, though it is the second largest cryptoasset by market capitalization, Ethereum only entered into the cryptoverse in 2015. Since then, more and more newcomers have entered the space.

According to a Quartz report, the global cryptoasset market was valued at less than $9 billion two years ago (precisely $8,806,930,000 on May 23, 2016), with less than 700 active cryptoassets listed on the market at the time. Fast forward to late 2017, when the exponential rise in the price of Bitcoin fueled a massive increase in the value of all altcoins, invariably catapulting the total market cap of all cryptoassets to more than $400 billion on December 11, as seen on CoinMarketCap.

Although, since the beginning of 2018, it hasn’t been a smooth sailing journey for Bitcoin and other cryptoassets due to regulatory uncertainties and other factors, the digital currency market still boasts a total capitalization of nearly $300 billion. Presently, there are more than 1,500 unique cryptoassets disrupting the global economy and attracting pent-up interests from the media, governments, central banks, investors, and regulators.

Interestingly, the proliferation of cryptoassets into the global economy has proved a hard pill to swallow for some observers, and the nascent asset class has attracted strong condemnation from several billionaire critics, as well as highly respected Nobel laureates in recent times. Berkshire Hathaway’s vice chairman, Charlie Munger, said in February 2018 that Bitcoin was nothing but a “Noxious Poison,” and that the government ought to crush it entirely. The 93-year-old billionaire’s comment didn’t come as a surprise to the crypto community, considering the fact that his “boss,” Warren Buffet, is also a staunch hater of Bitcoin. “We don’t own any [bitcoin]; we’re not short any. We’ll never have a position in them,” Buffet said back in January, adding, “What’s going on [with bitcoin] definitely will come to a bad ending.”

Challenges in the Cryptosphere

The cryptoasset ecosystem has its challenges and shortcomings like scalability issues, bad actors, regulatory uncertainties, and others that must be conquered before the cryptospace will achieve its true potential. However, developers are not oblivious to these facts, and they’re working assiduously to mitigate some of the problems plaguing the network.

Experts have touted the Bitcoin Lightning Network as a possible permanent solution to the congestion problems of the Bitcoin network, and Bitcoin core developers are working around the clock to standardize the Lightning protocol. Back in March 2018, BTCManager informed that Lightning Labs had launched a beta version of the Lightning Node Daemon (LND) to make it easier for Bitcoin developers to work with Lightning.

Similarly, Ethereum top developers have entered the “phase two” of Ethereum development, with Plasma and Sharding protocols expected to eradicate all scalability issues of the Ethereum smart contracts blockchain.

Additionally, world governments have started formulating amenable laws, which make it mandatory for cryptocurrency exchanges as well as bitcoin-linked businesses to conduct extensive anti-money laundering (AML) and know-your-customer (KYC) operations to thwart the activities of criminals while protecting investor interests at the same time. The United States Securities and Exchange Commission (SEC) already recognizes Bitcoin as legal tender capable of functioning just like the fiat dollar, indicating that cryptoassets are establishing themselves to a significant degree.

Now, sit back and relax while we explore the several existing types of cryptoassets.

As defined by the Organization for Economic Co-Operation, “Assets are entities functioning as stores of value and over which ownership rights are enforced by institutional units, individually or collectively, and from which economic benefits may be derived by their owners by holding them, or using them, over a period of time.”

In essence, it is safe to say that cryptoassets are assets that have been digitalized through cryptography and blockchain technology, have intrinsic values, and can be used as a medium of exchange by holders. While there are more than 1,600 cryptoassets on the market presently, each one falls under the class of either transactional cryptoassets, crypto collectibles, natural asset tokens, security tokens, utility tokens, platform tokens, fintech coins, application specific tokens, or crypto-fiat tokens.

Transactional Cryptoassets – These types of cryptos function as instruments of exchange, stores of value, and units of account. The world’s flagship cryptocurrency, Bitcoin, is the number one example of a transactional cryptoasset, although some critics of the pioneer crypto think otherwise. On July 9, 2018, BTCManager reported that the new chief of the Bank of International Settlement (BIS), Agustin Carstens, had strongly condemned bitcoin, arguing that the coin does not fulfill any of the three fundamental goals of money.

With a market cap of over 140 billion, bitcoin is accepted in exchange for goods and services in various parts of the world, including Japan, Germany, and several other crypto-friendly nations. Litecoin, NEM (XEM), and Bitcoin Cash are other examples of transactional cryptoassets.

Cryptocollectibles – Just like in the real world where people purchase physical collectibles from baseball cards to Pogs to Beanie Babies, there are also an array of digital collectibles making waves in the cryptoverse, with the most popular of them all being Cryptokitties. Built on the Ethereum blockchain, the Cryptokitties app allows cat lovers to purchase, raise, and breed unique digital kittens. Per Quartz, as of January 2018, about 235,000 Cryptokitties enthusiasts had conducted a whopping $52 million worth of transactions with the cryptoasset.

Natural Asset Tokens – These are kinds of cryptoassets that are backed by natural resources like gold, oil, and others. For example, Goldmint’s GOLD tokens are backed by real gold. Each GOLD token is equal to the price of an ounce of real gold, allowing users to own the yellow metal conveniently in the form of a cryptoasset.

Security Cryptoassets – These are native digital equities, bonds, and other traditional securities traded on a peer-to-peer basis without third parties.

Utility Cryptoassets – Utility coins are created to facilitate transactions between community members of specific blockchain projects. These cryptoassets are also referred to as protocol tokens, as they are designed with a definite use case in mind and allow users to have access to specific services or even products. A notable example of a utility token includes ShipChain’s native altcoin, SHIP coin, which facilitates transactions in the blockchain-based supply chain ecosystem.

Other examples of utility cryptoassets include Siacoin, XRP, Golem, OmiseGo, and many more.

Platform Cryptoassets – These are cryptoassets whose blockchain networks serve as a launching pad for distributed applications and the creation of other cryptocurrencies. Excellent examples include Ethereum and NEO.

Fintech Tokens –These are financial technology-based cryptoassets. Their primary objective is to create robust financial systems for the distributed ledger technology industry. Bancor, Bankera, Crypterium, and Hada DBank are all examples of fintech cryptoassets.

Privacy-Centric Cryptoassets – These coins act as transactional cryptoassets, but the major difference is that they focus on anonymity and transaction security. Monero and Zcash are excellent examples. Cybercriminals often prefer using these altcoins in aiding their illicit operations, especially on the dark web, as they offer the highest level of anonymity.

Central Bank Backed Cryptoassets – Also known as crypto-fiat currencies, these are blockchain-based digital monies issued by a central bank that function as a direct alternative to a country’s fiat currency. In February 2018, Venezuela launched its oil-backed national cryptocurrency, Petro, through an initial coin offering that generated a massive $735 million in the first day of the Petro token presale. The Petro is a good example of an apex bank-backed cryptoasset, even though some lawmakers in the nation have criticized the idea behind the Petro cryptocurrency.

In conclusion, cryptoassets are not just “digital gold” or cryptocurrency alone, they are digital everything.