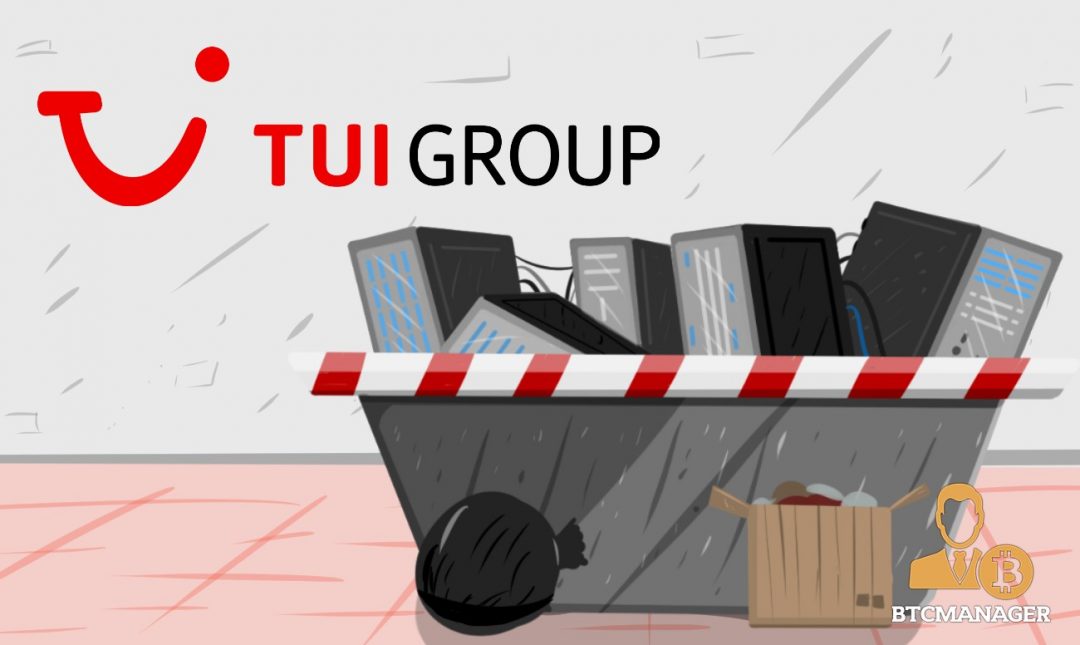 TUI Group, a German multinational travel agency, and the largest leisure, travel and tourism company in the world, is adopting blockchain technology into its booking, reservation, and payment systems. In the past, TUI lost ground to competitors by not adapting quickly enough to the internet. Because of this, lucrative business was forfeited to companies like Expedia, Trivago, and Booking.com. In an effort to regain this business and catch up with the current trends in travel, TUI has turned on the turbo thrusters and sped ahead of the rest to become the first company to adopt blockchain in the tourism industry.

When most people think about blockchain, they think about bitcoin, digital currencies, and fintech. However, blockchain technology is being used for a much wider variety of implementations and has the potential to revolutionize industries outside of the fintech arena. For example, a not-so-obvious application is Walmart’s use of blockchain to track and trace the movement of its products in a joint pilot program with IBM aimed at rehauling its global supply chain management system. Another not-so-obvious use case for blockchain would grant automakers an immutable record for each automobile in order to prevent manipulation of a vehicle’s mileage (odometer fraud). TÜV Rheinland, a German technical inspection company, is considering using the blockchain for this purpose.

TUI Group will use the Ethereum blockchain to update, distribute, and directly access data on hotel capacity, removing middlemen like Expedia and Booking.com from the equation. In an interview by Daniel Wetzel on May 24, 2017, for welt.de, TUI CEO Friedrich Joussen explains the decision to stop investing in TUI data centers and proprietary IT systems and transfer all data onto the Ethereum blockchain:

“As a software engineer, I consider the idea of ​​running computer centers in the future as a direct step in the competition with the cloud giants… Blockchain technology changes the Internet from scratch – in all areas. So far, there were nodes in the network that had all the knowledge, such as Google, or even the flight bookings. These companies use their privileged position as a data collection point to make monopoly profits.”

“The blockchain solves this asymmetric structure. Every computer in the network is equal in the future. Anyone can have all the data. Central exchanges are no longer required. Today’s Internet giants lose their data monopolies.”

From Joussen’s point of view, the travel industry has fallen victim to large centralized data collectors who make profits by organizing and distributing this data, such as hotel or flight capacity, effectively maintaining an accurate and current record of availability of rooms, flights, and other travel services. Travelers and tourists use these companies to book their vacations online because it is convenient, and the hotels, airlines, and other companies are always striving to be featured on as many popular travel sites as possible to score the most sales. In order to maintain this kind of system, there exists fairly inefficient, complicated, and expensive legacy syncing systems between all these private, individual data repositories.However, Joussen says that blockchain technology is soon going to change all this:

“Almost every big company is currently working on this technology. Blockchain [technology] is not on the internet, it will be the internet. The network becomes non-hierarchical. So far, there were a few privileged users on the Internet and many stupid. Now we are talking about the democratization of all information structures. The nodes in the network are destroyed. The information of a blockchain is tamper-proof and distributed to all users, visible on all computers.”

“This revolution will come very quickly in the business-to-business business. At some point, the rules in the business-to-customer business will also change. Companies that are still making monopoly profits with the hotel room service on the internet must get used to the idea.”

The value of the blockchain in the travel industry is anticipated as a transparent, immutable world database to post and access travel data instantly. Providing a live feed to this global data, will lead to a quick, accurate reservation and payment system which is resistant to overbooking and allows flexible pricing with real-time tracking of supply and demand. Additionally, with smart contracts, revenue can be maximized by connecting to other services on the blockchain such as prediction markets and insurance services. Joussen also points out that blockchain technology offers a much more democratic system in that it prevents a centralized monopoly of data (like Facebook or Agoda) from holding all the keys to the world’s information and making whatever rules and charging whatever fees it desires.

For TUI, the move to a blockchain system is expected to save costs and will give the company a global overview of peak booking demand and central control over bookings, two things which they do not currently have. From a hotel owner’s perspective the changeover only requires minor software alterations, and from a customer’s perspective, there should be no noticeable difference in the UI at all.

In travel and fintech circles, there are doubts circulating among critics who feel that the blockchain, and specifically “smartchains”, like the Ethereum blockchain, are overhyped, unrealistic solutions to the woes and inefficiencies of centralized legacy systems. These doubts include questions of scaling, utility, and cost-effectiveness. How can we put the data for an entire global industry on a public blockchain which is also being used for numerous other applications, and still expect instant updates to this data to avoid overbooking or conflicting reservations? How can we edit or correct data if needed, in an immutable database that only allows appending of data? How can maintaining a real time record of the status of every significant hotel, flight or travel entity in the world be cost effective when every update (transaction) will require “gas” a tokenized “monetary fuel?” In other words, every bit of data sent to the blockchain, no matter how small, will cost money to post.

These doubts can also be applied to any industry in which blockchain technology is being considered as a replacement for legacy systems. The overall consensus seems to be that, despite the difficult hurdles to overcome, distributed, decentralized databases are a better solution than our current centralized servers. This may be because of the way that blockchain meets the challenges of our human social and cultural problems, rather than because it is such an advanced or perfected technology. For example, dishonesty in business and politics has run rampant in modern times to the point that corruption in most organizations is accepted, expected, and even included in the business budget. Although a cryptographically-secure distributed database is not an out-of-this-world, defectless solution to everything, it does have the advantage of trustless transactions that improve transparency, and combat monopoly within industries and these two things are desperately needed in today’s world.

In May 2017, TUI announced an underlying EBITA loss of 177.7 million euros ($195 million) for its second quarter, causing shares to slip in trade, however, with its new investment in the Ethereum blockchain technology, the Tourism Group remains confident in its future success.