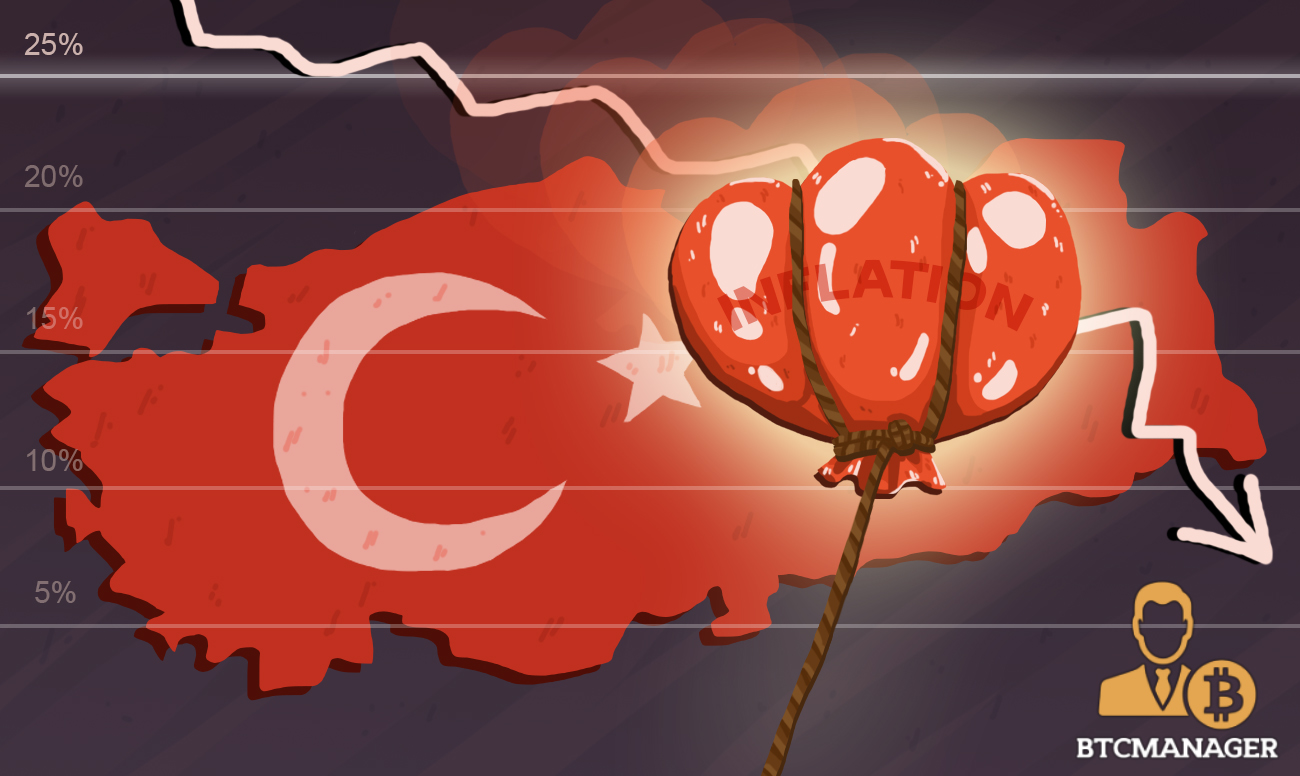 Trading volumes on Turkish cryptocurrency exchanges increased by 37 percent since October 2018, which shows that Bitcoin’s popularity isn’t affected by the recent drops in the country’s year-long inflation, Slate reported on December 10, 2018.

In a turn of events that surprised economists and analysts alike, Turkish inflation fell in November 2018 after hitting a peak of more than 25 percent the previous months, the Financial Times reported.

Following the announcement of retaliatory tariffs by the U.S. against Turkish steel and aluminum imports, the lira lost more than a fifth of its value on August 10 alone. And while the national currency managed to regain some of its value, inflation, which hit a 15-year high in September 2018, remains a significant concern for the country.

Analysts at Goldman Sachs predicted that the annual rate of consumer price inflation would peak at around 27 percent in the first quarter of 2019, before falling to 15 percent by the end of the year, the Financial Times reported.

Vedat Akgiray, a professor of finance at Bogazici University in Istanbul, told Slate that trust in financial institutions in Turkey is at an all-time low, which urged the country’s citizens to search for an alternative – a trustless decentralized currency. 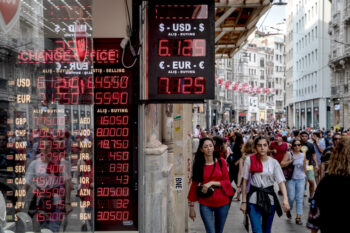 A currency exchange in Istanbul showing rates for Bitcoin

The financial crisis that has plagued Turkey during the entire summer saw life savings, pensions, and investments significantly devalued as the national currency hit an all-time low of around 7.2 lire to the dollar.

The financial instability and uncertainty, however, paired well with the country’s young and technologically savvy population, which lead to an unprecedented increase in the popularity of cryptocurrencies, especially Bitcoin. According to Slate,  ING/Ipsos study conducted between March 26, 2018, and April 6, 2018, found that 18 percent of Turks surveyed owned cryptocurrency, while only 9 percent of Europeans held any digital coins.

A poll taken in August 2018 by a Turkish research firm called Twentify, just after the lira crisis dwindled, showed that 20 percent of the survey’s respondents have purchased and sold Bitcoin. What made the increase in Bitcoin’s popularity even more interesting is the fact that the coin experienced a 10 percent drop during the same month.

This phenomenon was even noted by some of the biggest names in cryptocurrency. On August 13, 2018, the anonymous co-owner of Bitcoin.org tweeted that there had been a sizable increase in the number of visitors to the site from Turkey, saying that Bitcoin will take over the world by replacing fiat currencies that are falling apart.

Emin Gün Sirer, a professor of computer science who runs the Initiative for Cryptocurrencies and Smart Contracts at Cornell University, told Slate that digital currencies are very alluring to young people in Turkey. The country’s relatively young population compared to that in Europe, the flexible adoption of new technologies, and a cultural inclination towards financial schemes with a high-profit margin make it a fertile ground for Bitcoin.