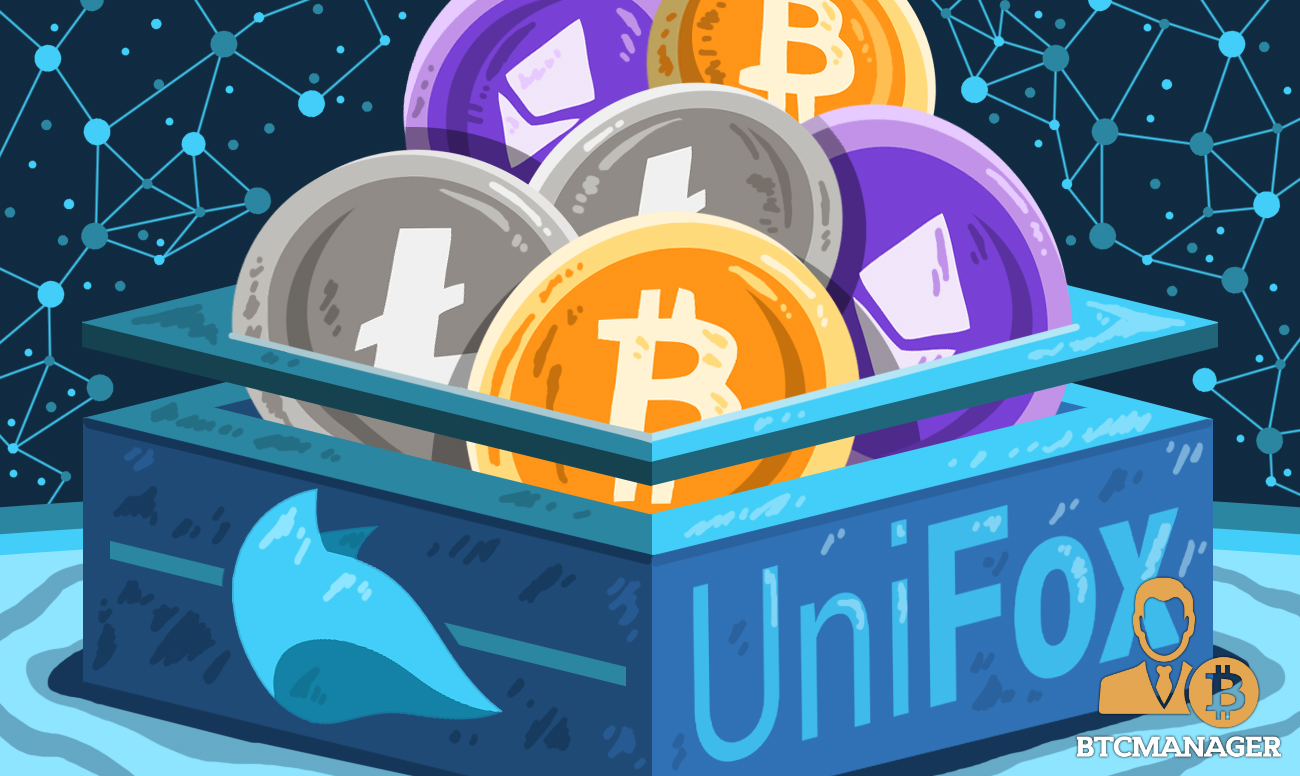 With an aim to take cryptocurrencies mainstream, Unifox is developing an autonomous decentralized ecosystem. The company believes that its products will help digital currencies be used for everyday transactions. With a growing number of cryptocurrency ATMs, exchange offices, and POS terminals, Unifox will enable buyers and sellers to complete transactions in cryptocurrency that can also be instantly converted to fiat.

To achieve this, Unifox has developed Unicash, a stable cryptocurrency that can be transferred all around the world with minimal fees. It can be used for transferring funds to friends and family members abroad for a negligible transfer fee in cents. The sender in a transaction could use Unicash to transfer funds instantly, leveraging blockchain in the process, while the receiver gets Unicash, but can exchange it instantly and comfortably to fiat currency via an online exchange or through an ATM. The transfer of cryptocurrency to fiat is a primary concern which is harming the adoption of digital currencies as a whole. By providing more liquidity to users, the platform could pave the way for cryptocurrencies to become the de facto choice of transferring money.

Another advantage of Unicash could be in the FMCG industry. At the billing counter, the buyer could scan a QR code on the generated receipt of purchase. The amount would then be transferred from their Unifox account to the seller. The latter is then presented with the option to receive the payment in cryptocurrency or fiat. If merchants are given the opportunity to receive a payment in fiat despite it being done by the buyer using cryptocurrency, it will lead to more shopping outlets adopting the technology. Unicash can be spent at shops via Point of Sale terminals. The company plans to have more than 50 thousand working POS machines within the next two years.

People can buy and sell Unicash for fiat currency through ATMs or online exchanges. The process to buy and sell the digital token is as simple as any other digital currency. An advantage of it over other cryptocurrency and tokens is its price stability and liquidity. The currency is not highly volatile, unlike other coins in the industry.

The company also has plans to set up a decentralized online exchange to support the buying and selling of cryptocurrencies using fiat while providing users with a high level of security for their digital tokens. The Unifox exchange will support cross blockchain transactions and is expected to be a fully fledged cryptocurrency exchange offering complete services to users. All of the products will be hosted on the Unifox blockchain. The network will employ the Fox token as its utility coin to pay for fees over the platform. The digital token works more like a security token offering dividends each month to token holders. All revenues generated from the operations will be distributed back to the community. As more and more transactions take place on the Unifox blockchain using the Fox coin, the higher will the value of each coin rise. Price of the coin is directly linked to its demand in the open market which guarantees no price manipulation by developers.

The company has built most of its infrastructure to support the technology and has spent over $7 million so far on the project. Out of the total five projects to be launched four of them have been developed already. The company is a diamond sponsor at the Blockchain Summit Singapore which is scheduled to be held on August 28, 2018. The presale phase of the ICO is live where the company will raise $99.85 million. The total outlay for development is at $107 million, out of which the developers have already pooled in $7.75 million from their own resources. The ICO is scheduled for September 2018. A more detailed explanation of the project and other details are provided in the whitepaper.

The team is led by Dalibor Malek who is the co-founder and CEO of Unifox. Vadim Bilousov is the second co-founder and is responsible for managing the development, deployment, and operations of the payment kiosks. Jan Turek, the third co-founder is the creator of the concept of Unicash and Fox token. The company also has reputed leaders from the blockchain industry in the role of advisors, including Ruslan Sokolovsky, Wes Carlson, Ugur Ozer, Robert Breadon and Saransh Sharma.

Disclaimer: BTCManager does not endorse any content or product on this page. While we aim at providing you all important information that we could obtain, readers should do their own research before taking any actions related to the company and carry full responsibility for their decisions, nor this article can be considered as investment advice.