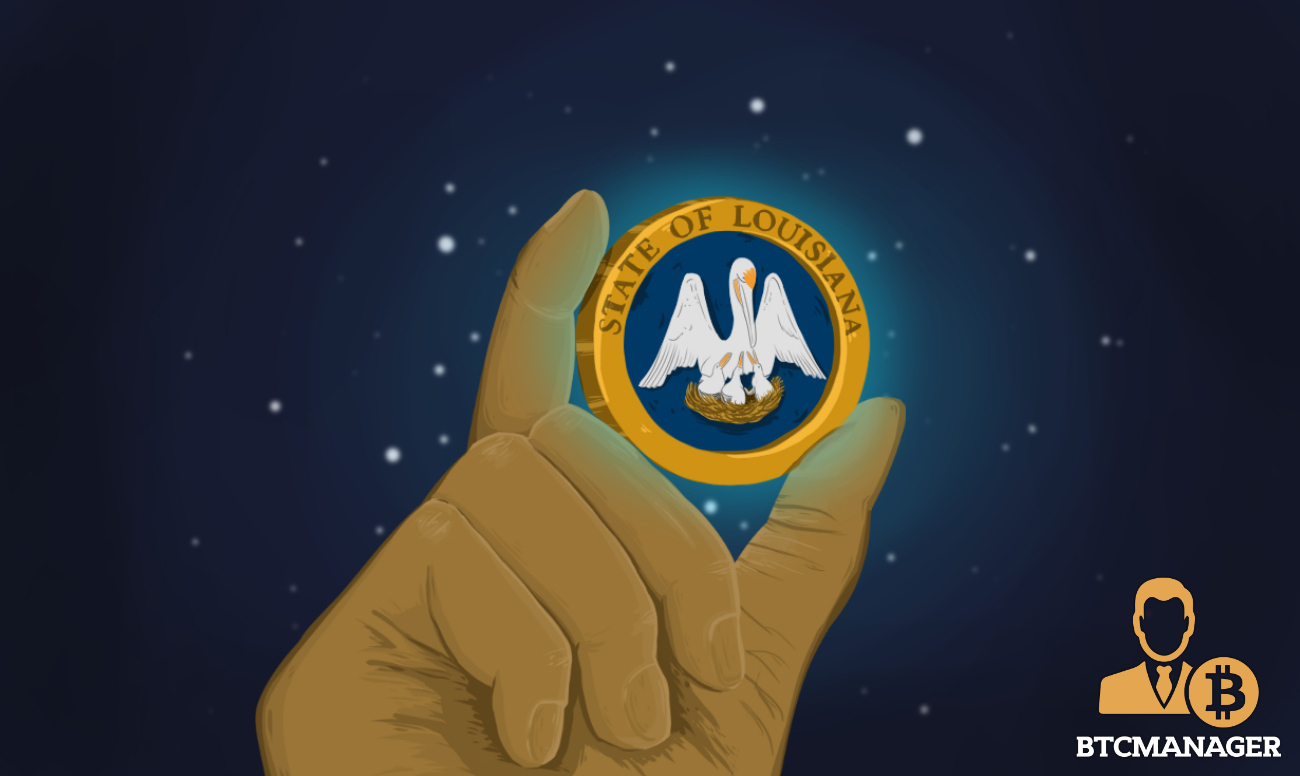 Officials in Louisiana’s lower chamber have approved a proposal to regulate cryptocurrency businesses in the Southern U.S. state, if a recent development is considered.

As reported by The Block on May 24, public records in the Louisiana state legislature show the proposal was passed and approved last week. If brought into law, it would help create a legal thesis for cryptocurrency businesses in the province.

Records show Mark Wright, a state representative, filed the proposal in early-2020. He sought clarity and legality for cryptocurrency businesses. Notably, Wright has appealed officials for a crypto-focused framework in 2019 as well, making the list of the handful of officials pushing for crypto-regulations in the U.S.

The House of Representatives in Louisiana approved the bill on May 20. Reports state 92 respondents stated “yes” to the measure via roll call. The state senate read the bill next, where it was approved as well and referred to the Committee on Commerce, Consumer Protection, and International Affairs on May 21.

A host of requirements are listed. All crypto-businesses have to necessarily apply with Louisiana’s Office of Financial Institutions (OFI) before starting operations. The latter, in turn, will record fingerprints of applicants, conduct an “experience, character, and fitness” test, access the business premises and charge a “nonrefundable” fee, $2,000 initially, and $1,000 for yearly renewal.

The proposal calls for the creation of proper terms and legal language for businesses, including terms that relate to “virtual currency.” CoinDesk notes:

“The bill echoes a past proposal from the Uniform Law Commission’s Virtual Currency Business Act, which grew out of a multi-year effort that dates back to 2015.”

The bill is not cheap by any means. Budget makers in the state estimate the implementation cost will be $150,000, crossing over $1.3 million over five years.

Lawyer Andrew Hinkes observed the bill seems to build on the existing Virtual Currency Business Act, put forth by the non-partisan Uniform Law Commission (ULC). The latter seeks legal uniformity across all “state lines,” with Hawaii, Oklahoma, and California, all “considering versions” of the VCBA.

“The ULC releases model laws which sometimes are quickly adopted by multiple states and sometimes are not adopted at all,” he said. “State legislatures ultimately make policy decisions for their states and decide whether model laws are appropriate.”

However, the VCBA and Louisiana’s proposed bill are different in certain critical junctures. Hinkes notes the latter does not feature “reporting requirements, enforcement mechanisms, compliance programs, and consumer protections” all part of the VCBA.