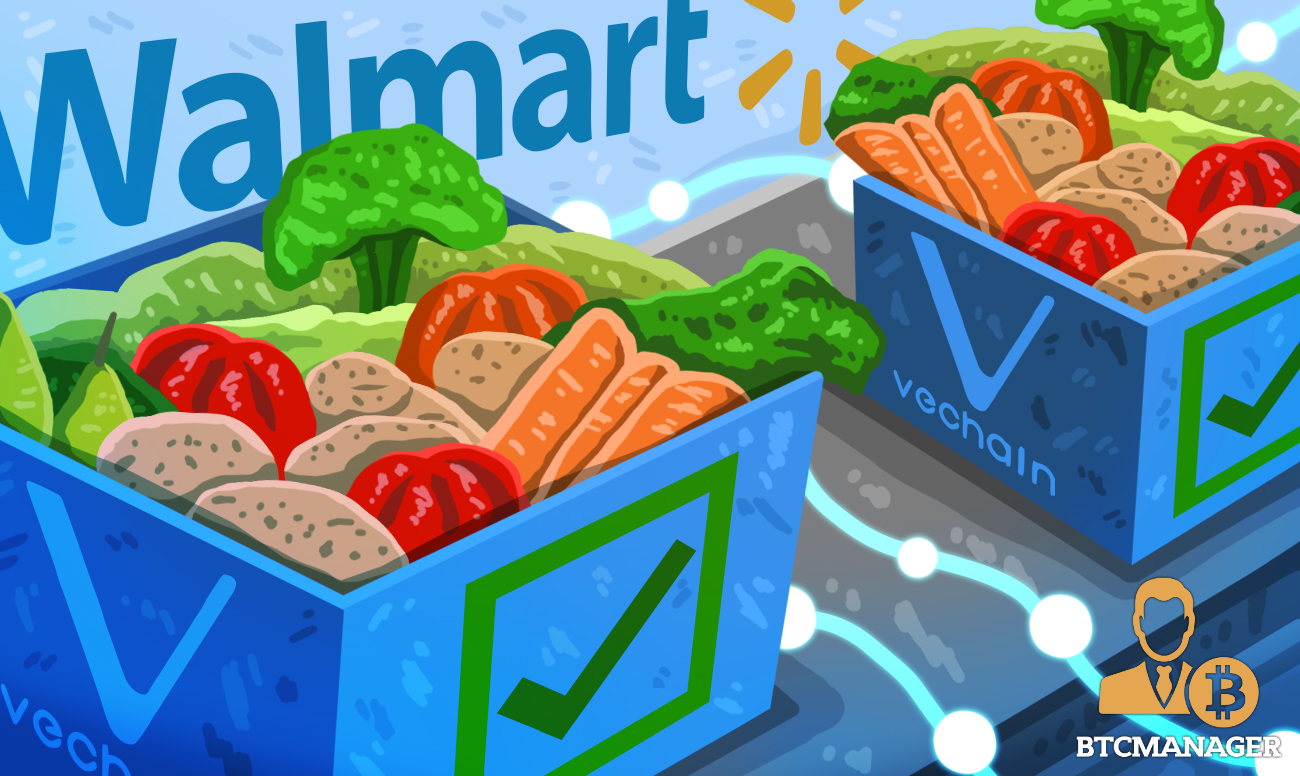 Emerging technologies like artificial intelligence (AI), machine learning, Internet of Things (IoT), and blockchain have often been termed as the agents of change to bring about the next industrial revolution and considering the sheer breadth of utilities they provide, it’s hard to argue otherwise.

In what is widely being considered a watershed partnership for VeChain, the Singapore-based startup has onboarded retail giant Walmart’s China offshoot with the launch of the Walmart China Blockchain Traceability Platform.

We are proud to announce that the Walmart China Blockchain Traceability Platform is now powered by VeChainThor Blockchain!

With @PwC, we believe #IoT and IR4.0-based traceability management will be a norm in the retail and supply chain industries.https://t.co/lTfuX0qKvm

VeChain is famous within the cryptocurrency ecosystem for its high-profile partnerships, and the alliance with Walmart China is no exception.

The retail conglomerate employs more than 2.2 million people and operates over 11,000 stores across the globe. It’s worth highlighting that the company has, in the past, collaborated with various blockchain firms to increase its operational efficiency and mitigate costs.

Per the announcement, a total of 23 product lines have already been tested and launched on the Walmart China Blockchain Traceability Platform. VeChain expects the platform to add another 100 product lines by the end of 2019 covering a total of ten product categories including fresh meat products, rice, mushrooms, and cooking oil, among others.

Commenting on the development, Kevin Feng, the Chief Operating Officer of Vechain, said:

“The launch of the Blockchain Traceability Platform by Walmart China, the world-class retail giant, is of great significance to the commercial application of blockchain technology. VeChain will work with Walmart China to actively take heed of the call of the government, by utilizing technology to promote the traceability of fresh food, and to provide innovative solutions for the traceability platform through digital technology, so as to generate more transparent and reassuring consumption experience.”

Unsurprisingly, the price of VET – the digital token of VeChain – skyrocketed shortly after the formal announcement of the partnership with Walmart China. 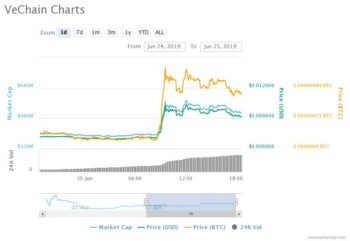