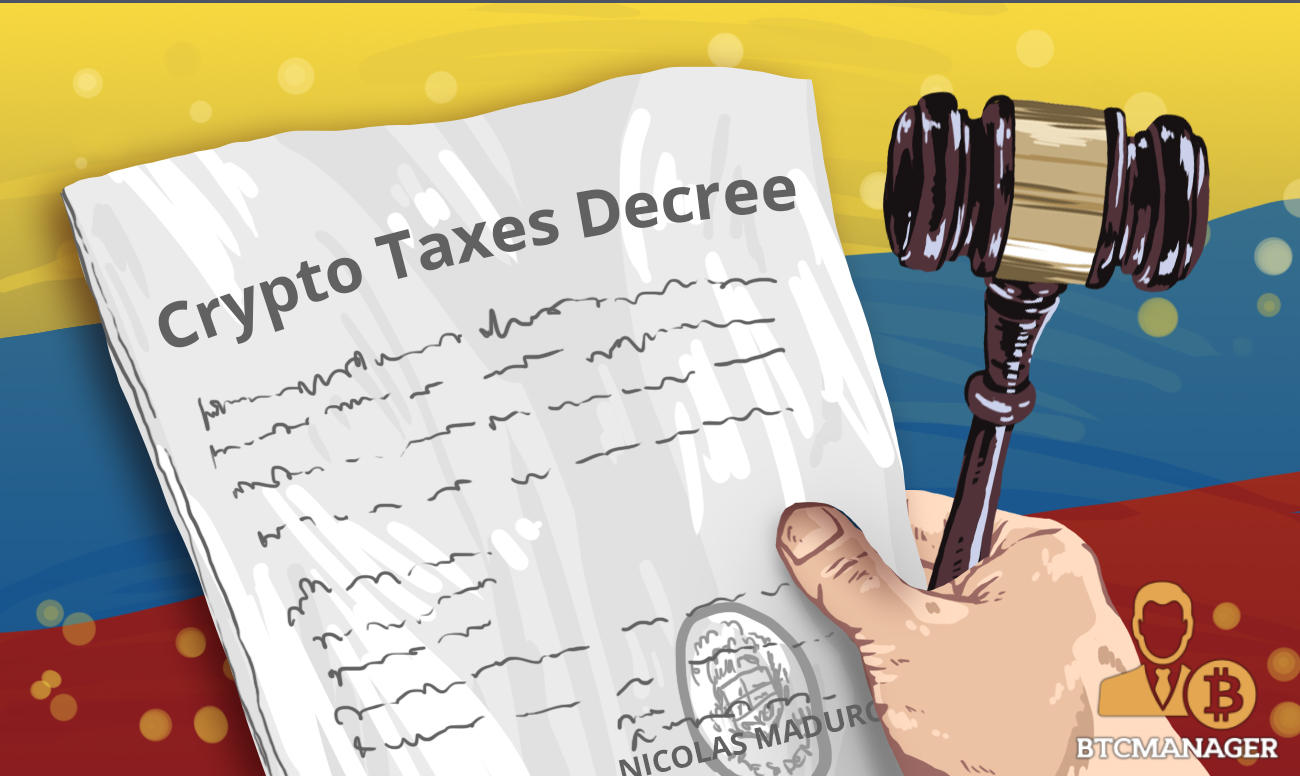 On January 7, 2019, the government of Venezuela published a decree detailing the process of taxation payment with regards to cryptocurrencies and foreign fiat currency.

As cryptocurrency becomes more widely used, the subject of its taxation inevitably comes up. In places like the United States, the Internal Revenue Service has been criticized for failing to provide concrete and clear guidelines for the payment of taxes relating to cryptocurrency.

This, however, is not the case in places like Venezuela as the government has just published an official decree detailing the protocol for the payment of taxation relating to cryptocurrency as well as foreign fiat currency.

The decree in question is number No. 3719 and is published in the Gaceta Oficial edition No. 6,420. The decree is also accompanied by an explanation of the framework as well as the reasons for the new law which is described by an economic emergency.

As revealed last year, Venezuela is in a state of an economic downturn and has issued the Petro, a national cryptocurrency that the government hopes will turn the nation’s fortunes around.

According to the decree, all Venezuelans who have had any dealings in cryptocurrency or in foreign currency are required to report their income and pay taxes in the currency in which the dealings took place rather than Venezuela’s official currency, the bolivar.

This isn’t surprising as the bolivar’s value has taken a significant hit in recent times and is suffering from hyperinflation.

There are some exemptions to this rule as those whose dealings are with the Caracas Stock Exchange are exempted as well as those who deal in the export of goods traded by public institutions.

More frameworks are going to be put in place over time. The SUDEBAN, Venezuela’s banking sector regulator, will issue another set of guidelines for banks and financial institutions to ensure their compliance with the decree.

The SENIAT, Venezuela’s tax authority, will issue guidelines to citizens on how to report their income and taxes. Penalties for non-compliance have already been made and enforcement is to be carried out by the Venezuelan Ministry of Economy and Finance.

Ever since the Petro was issued by the Venezuelan government in an attempt to restructure their economy, there has been significant effort taken to push its adoption.

Pensions are not paid in the Petro and the payment for Venezuelan passports are also now made using the Petro.

Just recently, the SEDEMAT, Venezuela’s tax administration body, announced that new taxes will not be collected in the Bolivar but rather in Petro.

A Matter of Tax

Cryptocurrency taxation is being taken much more seriously around the world, after years of grey areas and a lack of framework regarding its legal status.

Spain and France recently issued new cryptocurrency taxation guidelines and Ohio just became the first state in the US to accept cryptocurrency for taxes.

These simply go to show that crypto is becoming more recognized by governments in the level of fiat currency.