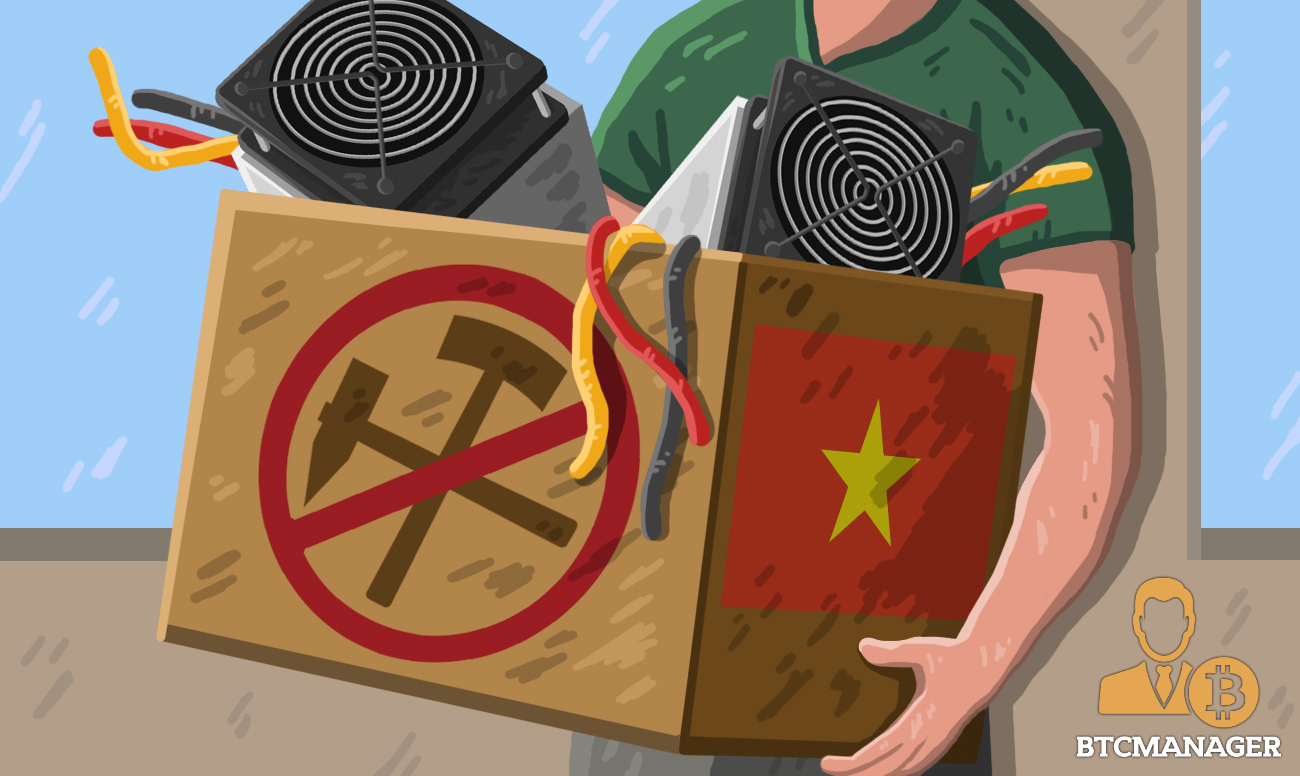 While the Vietnamese crypto space has remained somewhat vibrant in recent times despite the warnings and efforts of the governments to crush the local digital currency industry, it appears the situation is about to get even worse for crypto investors in the region as authorities have proposed to ban the importation of bitcoin mining machines into the Asian nation.

According to local news media Zing, the Vietnamese Finance Ministry has proposed a bill to make the importation of cryptocurrency miners an illegal activity in the nation.

Back in January, BTCManager informed you that over 8,000 mining equipment were imported into the nation within the first 23 days of January 2018, a figure that surpasses that of 2017 by far.

In the latest report from the General Department of Vietnam Customs, it has been revealed that the total number of bitcoin mining rigs brought into the country from 2017 to April 2018 is more than 15,000 units.

However, Vietnam’s Ministry of Finance has made it clear that the proliferation of these cryptocurrency miners into the country has been fueled by the absence of laws making importation of these machines an illegal venture. And it is now ready to change the game with its Document 5964/BTC-TCHQ proposal which it has already submitted to the prime minister.

“According to the Ministry of Finance, mining machines are not on the list of goods banned from importation and are not subject to the list of specialized management or unsafe goods, so enterprises are easily allowed to complete the import procedures,” Zing reports.

The decision of the Vietnamese authorities to place a blanket ban on bitcoin mining equipment importation in the country stems from the recent cases of scams that have riddled its cryptosphere, the most significant event being the fraudulent ICO scheme orchestrated by a local startup known as Modern Tech.

The firm allegedly claimed to be authorized representatives of the Ifan and Pincoin ICO projects, deceiving about  32,000 gullible citizens into investing in the scheme, subsequently swindling them of roughly $660 million.

“Ifan and Pincoin investors began to smell a rat when the company ceased paying commissions in fiat, giving them tokens instead,” local news source Tuoitre reported at the time.

Even with the near-crippling effect of the PM’s directive, the Ministry has stated that if mining operations continue in the state, then it would be almost impossible to enforce the ban.

In essence, Vietnam’s Finance Ministry wants to entirely ban the importation of cryptocurrency mining rigs because it believes that “many of them are being used to launch new virtual currencies and forms of payment and such operations are very difficult to regulate,” said the Ministry.

If the proposal is approved, it could be a significant blow to cryptocurrency investors in Vietnam. However, it remains to be how they’ll respond to this new threat.