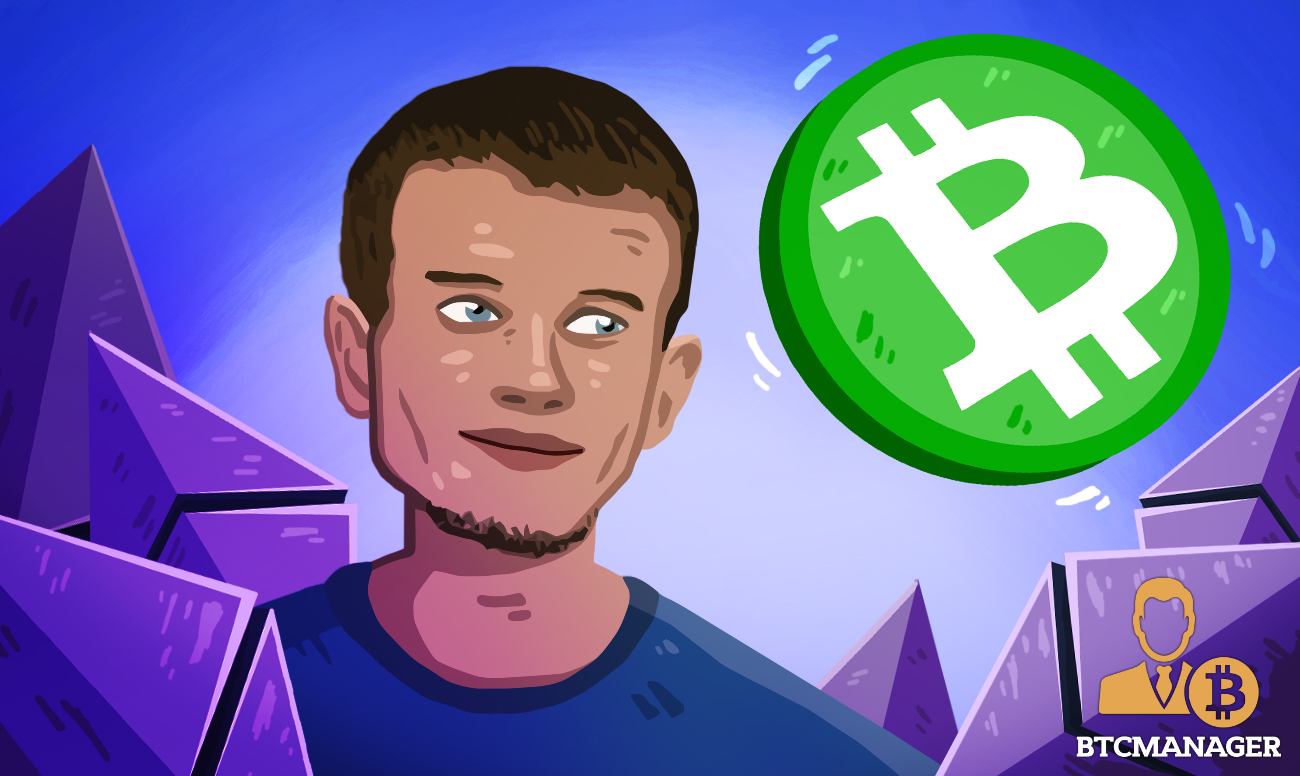 In an unexpected turn of events, Vitalik Buterin has suggested the use of the Bitcoin Cash (BCH) blockchain as a data layer where transaction verification takes place. In essence, all ETH transactions would be settled and verified on the BCH blockchain, and confirmation will be sent back to Ethereum. This according to a post from Buterin on Ethereum Research, July 13, 2019.

The Suggestions and Public Reaction

Crypto Twitter exploded when Vitalik suggested the use of the BCH chain as a data layer for Ethereum. Most of the reactions were negative, and many thought he was just fooling around.

I guess when you're Vitalik you can shitpost your April's fool joke whenever you want! 😂 https://t.co/BdLZL8QFzR

Buterin suggested this as a short term fix for Ethereum scalability until ETH 2.0 is implemented. He believes that BCH could increase current throughput four-fold due to their scaling solution via big blocks. Ethereum already has the required mechanisms to verify BCH blocks on-chain, which further strengthens his argument.

He further notes that this isn’t perfect because BCH’s block time is 10 minutes, but with zero confirmation live and Avalanche pre-consensus on the horizon, it is arguably the perfect chain to act as a data layer without adding significantly to the cost of transacting.

It’s only the beginning, as the crypto community matures the focus will switch from tribalism to cooperation.

At the end of the day we all have similar goals and aspirations in this space. pic.twitter.com/bL9EsMvMSt

Bitcoin Cash has been in the bad books for most of the crypto community. Despite the crypto being easy to use, cheap, and fast, the hate for BCH mostly stems from Roger Ver’s public outbursts and attempts to malign Bitcoin (BTC). There’s no doubt Roger means well, but the way he talks about BTC and it’s supporters has not sat well with the majority.

On a Reddit AMA, Buterin stated that ETH 2.0 won’t be delayed and depending on the execution environment and set up a users run, throughput on ETH 2.0 can be between 5,000 and 500,000 transactions per second.

There is a preconceived notion in crypto that different blockchain projects are all competing against each other, completely rejecting the possibility of harmony between different chains. Everyone talks about a future powered by crypto and self-sovereignty but nobody considers going down that route by working together instead of against each other.

Most cryptocurrency enthusiasts are in it for the money; the rest are those who believe in a decentralized future. Arguments, debate, and healthy competition will help make the ecosystem more resilient and foolproof, but constant discord and infighting will just help regulators and lobbies that want to tear mainstream adoption away from the space.