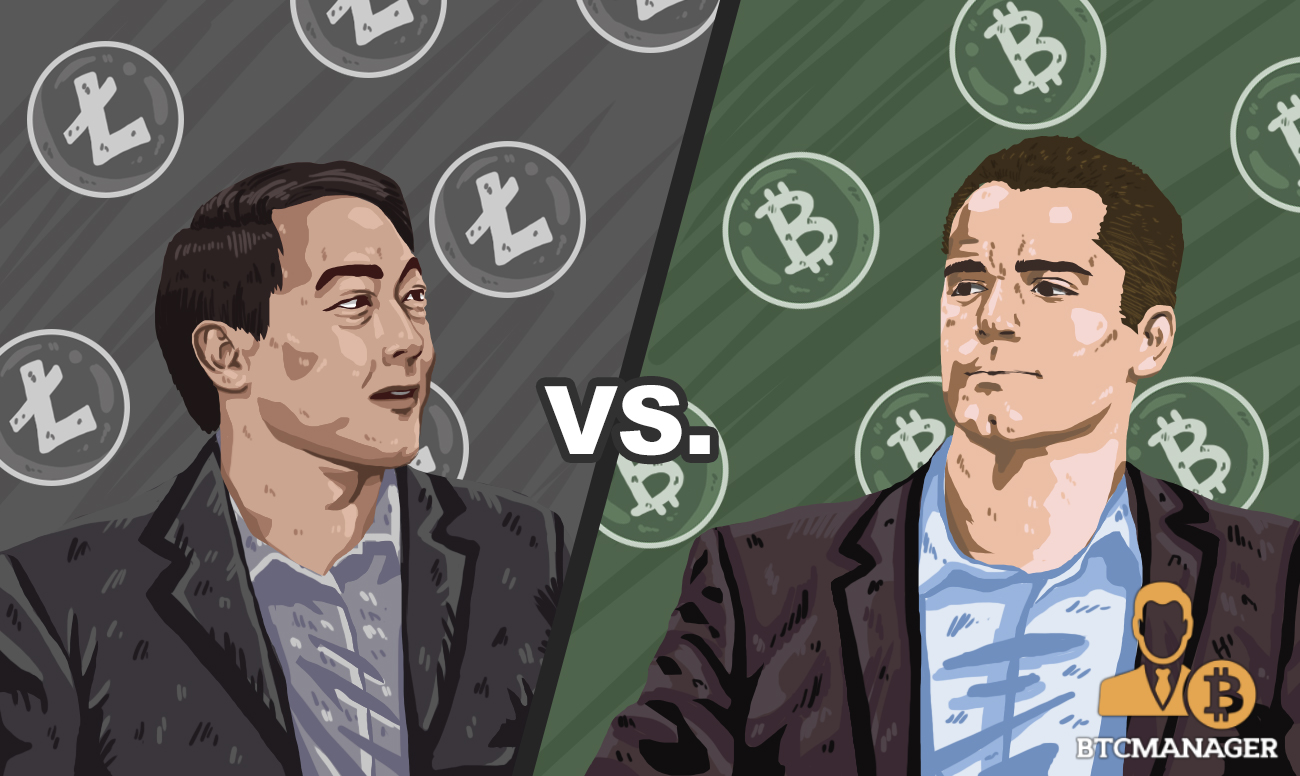 Bitcoin Cash’s most vocal advocate Roger Ver and Litecoin creator Charlie Lee sat down for a conversation touching on various topics relevant to digital currencies as well as the cryptocurrency community. The debate was held at the end of the recently concluded CoinsBank Blockchain Cruise.

While defined as an interview about the Lightning Network, the interaction between the two can be characterized as a back and forth between the two thought leaders about various polarising topics. Lee comes across as composed and highly-informed while Ver is passionate but sometimes overbearing.

Is Bitcoin a Peer-To-Peer Network?

Taking a dig at the scaling challenges that the Bitcoin network has been facing, Ver starts the conversation by claiming if Bitcoin is “no longer” a peer-to-peer electronic cash system. Ver believes many Bitcoin proponents are hostile to the idea of using bitcoin as cash, and “say buying coffee with bitcoin is stupid.”

Reiterating his much-stated beliefs, Ver continues to say that bitcoin is no longer the embodiment of the values that were part of the foundation of the world’s first digital currency, which Nakamoto defined as “a peer-to-peer electronic cash system” in the cryptocurrency’s whitepaper.

Nakamoto’s definition of his creation has become sort of a calling card for bitcoin detractors. There is a cross-section of people who believe the scaling challenges the Bitcoin network is facing are an indication of its slow yet eventual inapplicability in the context of commerce.

The exchange between the two characterizes the debate that has been gaining steam within the bitcoin community. Ver and his camp are of the opinion that a first digital currency must function in a way that allows its users to transact in both big and small amounts promptly.

Later, Lee goes on to reference the Lightning Network (LN), one of the new attempts to solve the Bitcoin network’s scalability challenges. The LN involves the use of a single bitcoin address, called a channel, through which users can process transactions on a second layer on top the main chain within the Bitcoin network.

The LN was launched on Bitcoin’s mainnet in January 2018 for testing and several bitcoin startups, including BitRefill and Vaultoro, have already process Lightning Network transactions.

While the LN aims to scale the Bitcoin network by enabling high-speed, low-cost off-chain bitcoin transactions, it has been controversial due to compromised security, doubts about its efficacy as well as fears over possible centralization of the Bitcoin network.

Again alluding to the peer-to-peer feature that Satoshi intended when creating Bitcoin, Ver introduces a new angle to the LN debate.

“So, Bitcoin on chain payments are direct payments, we agree on that. Are Lightning Network payments direct payments? Even if there is a bunch of hops in between with channel states.”

Ver is questioning whether transactions over the LN are really peer-to-peer, especially since they have to go through a number of stops between the sender and the recipient. Lee goes on to explain that on-chain bitcoin transactions are actually not peer-to-peer as transactions are broadcasted to the entire network and then miners put the transaction in a block.

Conversely, LN payments are “more” peer-to-peer as transactions go through payment channels as opposed to being broadcast to the entire network.

Can the Lightning Network Be a Tool For Censorship?

Ver then takes aim at the security, soundness, and censorship-resistant qualities of the LN. Referencing a meme that was floating around in the bitcoin community online spaces, Ver asked:

“Did you see there is a picture on Twitter floating around that showed somebody named their lightning node Roger Ver and none of the other lighting nodes we’re connecting to it? […] You’re laughing and joking about the fact that the Lightning Network has the ability to exclude people from being able to use it whereas the on chain Bitcoin network it’s impossible to exclude anybody.”

Ver adds that the data came from the Bitcoin was an actual representation of the happenings within the LN protocol. He further questioned whether the LN is resistant to pressure from regulators or will eventually undermine the integrity of the Bitcoin network.

Lee responds by explaining that in the same way it is difficult for governments to curtail the Bitcoin network, it will be difficult to censor the LN nodes:

A Wager Among Friends?

In an awkward turn of events, Ver questions Lee’s motives with being such a big proponent of the two main scaling solutions for the Bitcoin network, namely the LN and Segwit.

Lee created litecoin, which he defines as digital silver if bitcoin is digital gold. However, Ver believes there was a “marketing ploy” on Lee’s part to tell everybody to use Litecoin instead of Bitcoin while restricting the latter’s network from being able to scale for people to use it and come to use Litecoin.

Lee has been a vocal supporter of many of the attempts to upgrade the Bitcoin network and has been an outspoken proponent of the growth of the cryptocurrency sector.

This line of questioning from Ver is ironic because the Bitcoin Cash advocate has been under fire for some controversial actions he has taken in support of “his” altcoin. He has been accused of taking advantage of newcomers to the cryptocurrency space by exploiting their lack of knowledge and misleading them to think that bitcoin cash (BCH) is the same as bitcoin. As a result, there is even a group of bitcoin community members who are considering filing a lawsuit against Ver.

Ver questions whether the LN is achieving its aims of scaling the Bitcoin network, especially if merchants are not processing LN payments. Considering the relative youth of the protocol and the short period since it has gone live, Lee concedes that the protocol is still a work in progress.

LN payments are gaining stream, however. Payment processor Coingate recently started accepted payments utilizing the protocol. Curiously, there are reports that bitcoin cash is failing to attract merchants as well as users despite the aggressive marketing tactics employed by the Bitcoin Cash team.

Lee lists a few establishments accepting LN payments as well as stating he used the network to make a purchase. The exchange culminates in Ver suggesting they bet on the odds that merchants will accept LN payments.

In the cryptocurrency community, Ver is a controversial figure. His aggressive marketing tactics combined with his outspoken personality, have created a somewhat combative public persona.

In a rare show of concern for the greater cryptocurrency community, Ver concludes by saying:

“I hope in my heart of hearts I am wrong. My entire goal for being involved in cryptocurrencies is I want people to be able to have peer-to-peer electronic cash that doesn’t require permission from anybody they’re lightning fast and super cheap for everybody that’s why I’m here.”

In the coming months, we will see how the LN evolves and how well Bitcoin Cash will perform in light of the former’s potential success or failure.